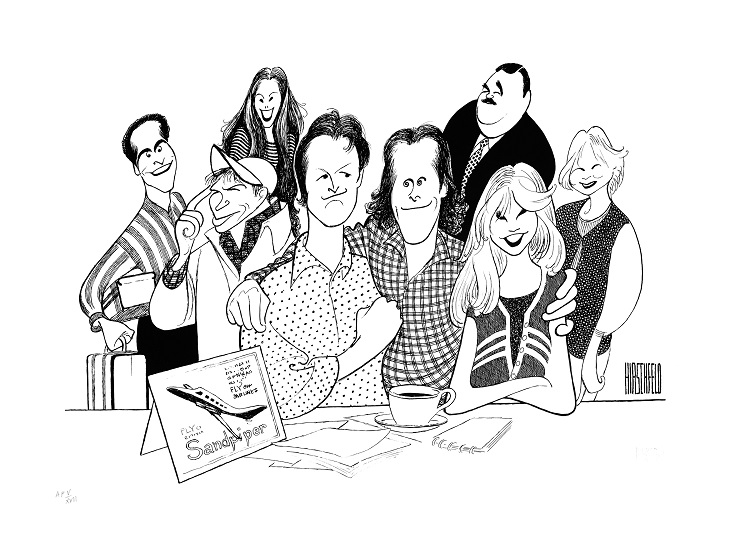 For nine decades, Al Hirschfeld’s art defined the world of the performing arts primarily through his drawings of productions on Broadway and in Hollywood. He captured the first half century of television and recorded more musicians than any record, CD, or mp3. Now, for a limited time, a unique gallery of his drawings and prints comes to Manchester. The Al Hirschfeld Foundation, in partnership with Art Manchester and THE MILL in East Arlington, presents a pop-up gallery of some of the legendary artist’s pieces in the center of town. 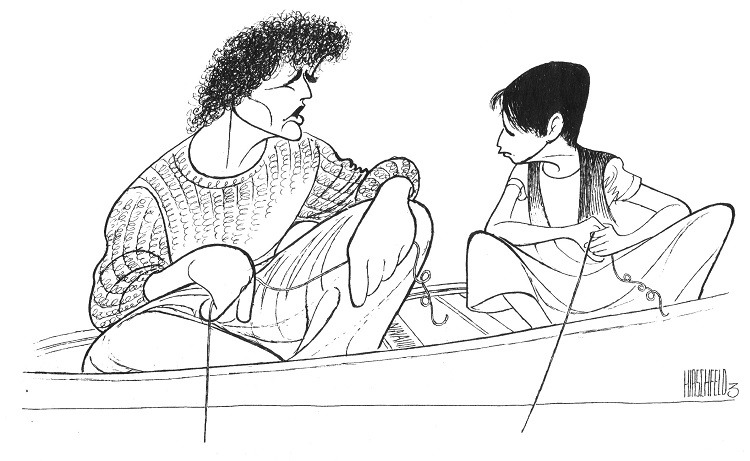 Hirschfeld’s drawings stand as one of the most innovative efforts in establishing the visual language of modern art through caricature in the 20th century. A self-described “characterist,” his signature work, defined by a linear calligraphic style, appeared in virtually every major publication of the last nine decades (including a 75-year relationship with The New York Times) as well as numerous books, record covers and 15 postage stamps. 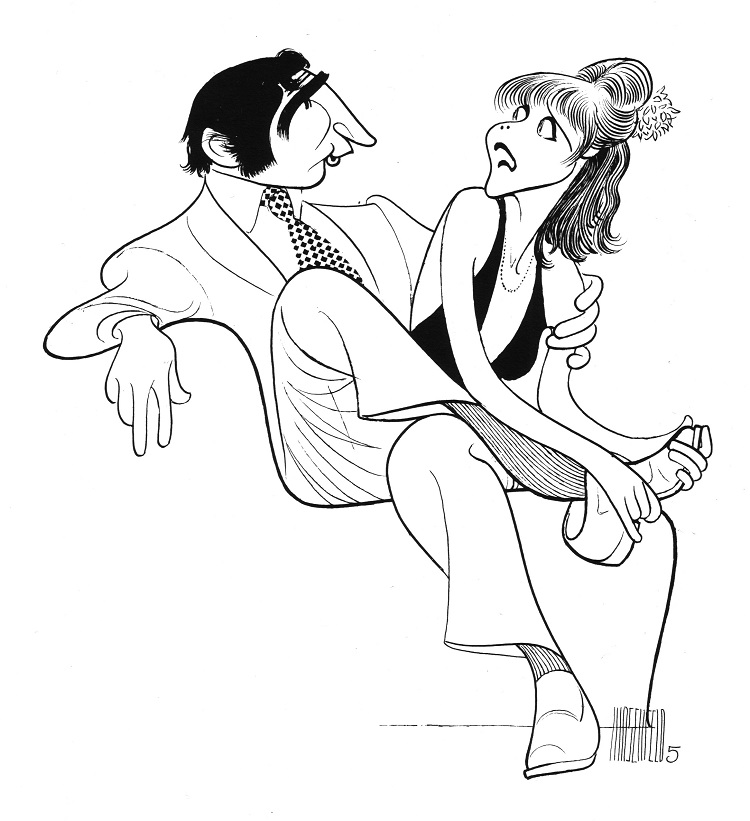 The mission of The Al Hirschfeld Foundation is to promote interest in the theatre and dramatic arts by supporting not-for-profit museums, libraries, theaters, and similar cultural institutions. Working with the New York City Board of Education, The Foundation created a K–12 curriculum utilizing Hirschfeld’s life and art, which will soon debut nationwide. The Foundation also fulfills its mission by mounting exhibitions of Al Hirschfeld’s artworks at museums and other venues. More than 6,000 images of Hirschfeld’s art can be seen on The Foundation’s website at www.alhirschfeldfoundation.org. 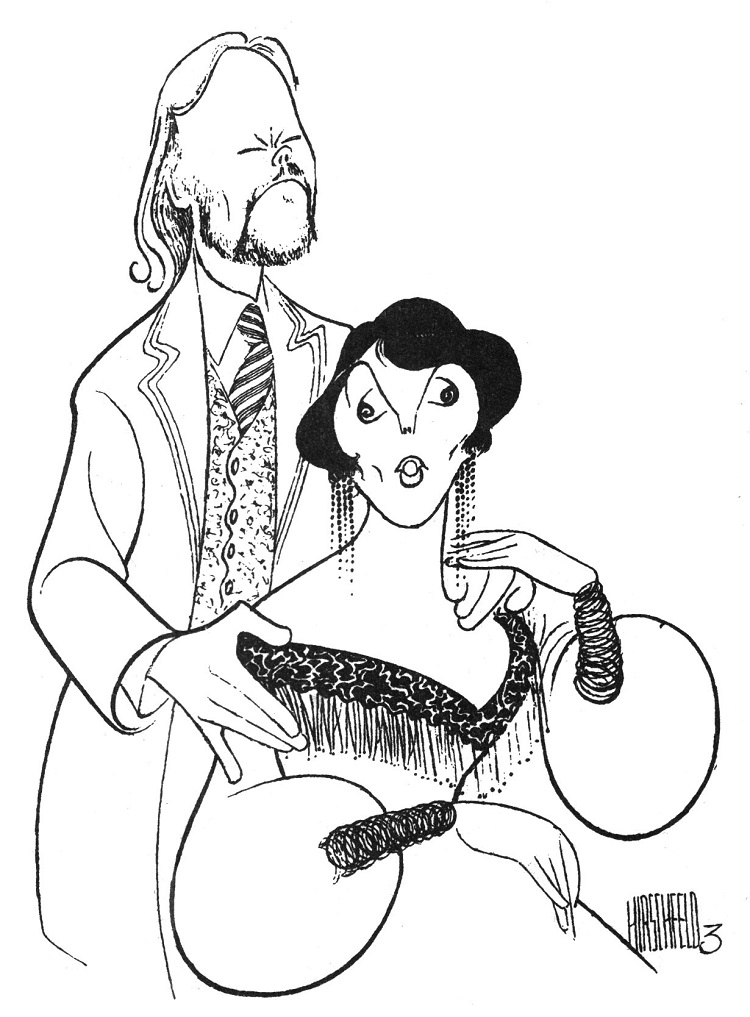 Tyne Daly and Jon Voight in The Sea Gull, 1992 © The Al Hirschfeld Foundation, www.alhirschfeldfoundation.org.
Tyne Daly performed in the Dorset Theatre Festival production of Downstairs, along with her brother Tim Daly, in 2017. 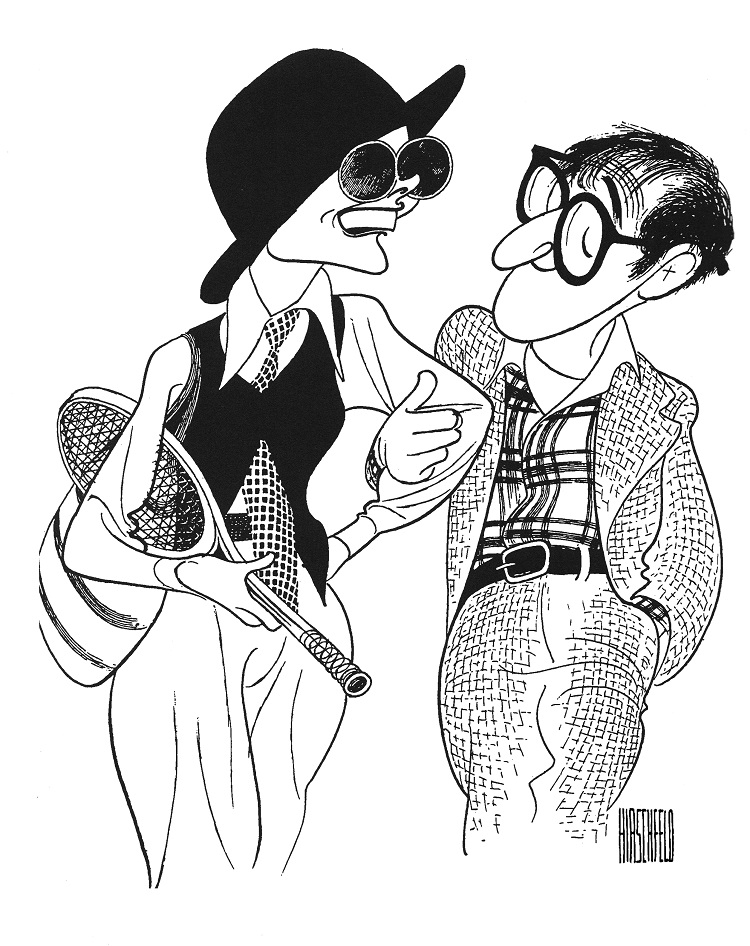 Diane Keaton and Woody Allen in Annie Hall, 1983 © The Al Hirschfeld Foundation, www.alhirschfeldfoundation.org.
Diane Keaton starred in the romantic comedy Baby Boom, which was filmed in Southern Vermont in 1987.

Mr. Hirschfeld and Me

I first discovered Al Hirschfeld’s work when I was 6 years old. It was love at first sight. I would wait all week for the Sunday New York Times to arrive, so I could see Mr. Hirschfeld’s drawing. I spent the rest of the week copying the drawing over and over. That is how artists begin. They copy what they see. They identify a hero and attempt to emulate the work. At age 12, I performed in a new musical, Rockwell, about Norman Rockwell, at the Southern Vermont Arts Center. With book and lyrics by my mom (Eileen Bluestone Sherman) and music by my aunt (Gail C. Bluestone), Rockwell was a family adventure. 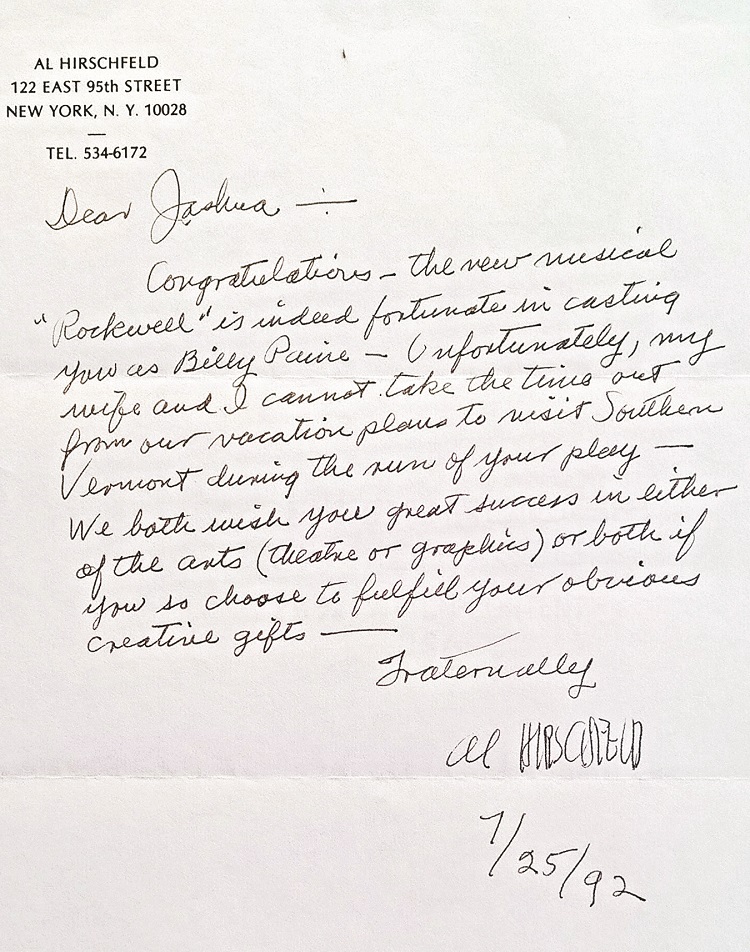 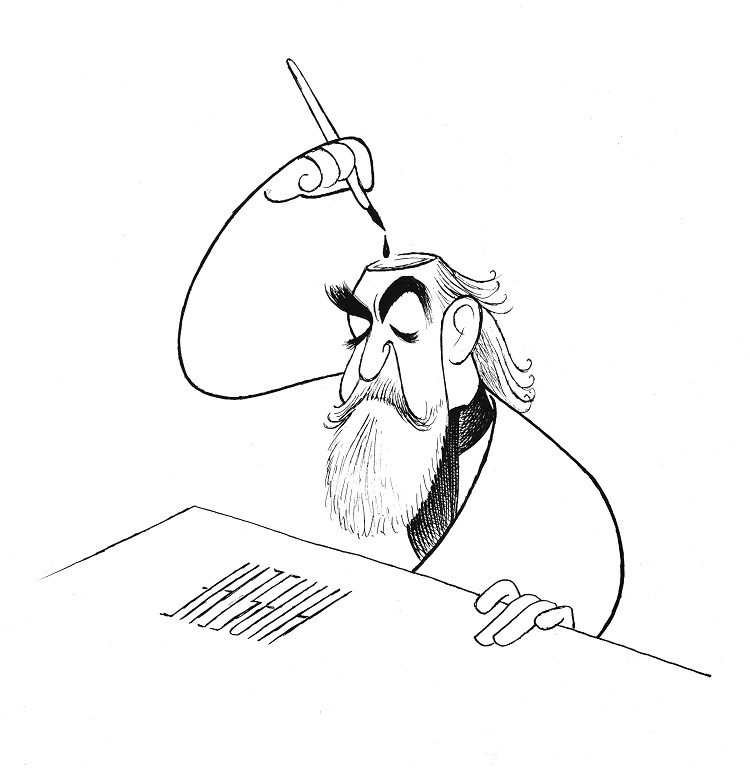 Joshua Sherman is a board member of The Al Hirschfeld Foundation and founder of THE MILL, a nonprofit organization whose mission is to foster artistic collaborations. He began his theatrical career as an archivist and designer. Al Hirschfeld was one of his mentors. Joshua worked on the Broadway revival of Annie Get Your Gun and Elaine May’s Taller Than a Dwarf. His producing credits include The Odd Potato: The Broadway Album and the Studio Cast Recording of the new musical Perfect Picture. Joshua is a practicing physician in Bennington, Vermont. He partnered with Art Manchester and envisioned Hirschfeld’s artworks in a gallery in Manchester.