“We’re so excited to have incredible artists joining us throughout our season. Opening the Festival with brother and sister Tim and Tyne in Theresa Rebeck’s world premiere of Downstairs and ending it with Treat Williams and Stephen Adly Guirgis in the regional revival of David Mamet’s powerful classic American Buffalo is a great way to ring in the Festival’s 40th!” says Artistic Director Dina Janis.

“During this 40th anniversary season, we are thrilled to introduce Dorset’s audiences to work from four of the top playwrights currently produced on American stages. The upcoming season is funny, moving, breathtaking, and more! There is something for everyone, and we are sure audiences will love what we have in store,” says Managing Director Molly Hennighausen. 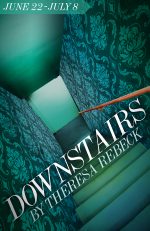 Dorset Theatre Festival opens its season with the World Premiere of Downstairs, running from June 22 – July 8 and starring siblings Tim Daly (Madam Secretary, Wings) and Tyne Daly (Cagney & Lacey, Tony Award-winner for I), who will work together for the first time onstage. John Procaccino (Little Men, Assassins) rounds out this all-star cast. Downstairs, a thought-provoking family drama written by Resident Playwright Theresa Rebeck, follows the story of Eileen, whose brother Teddy has decided to move home and live in her basement. Eileen’s husband is less than thrilled about this. And Teddy is more than a little off his game. As the brother and sister struggle to understand their present and their past, questions of betrayal, disappointment, and madness rise and fall. Who is saving whom? 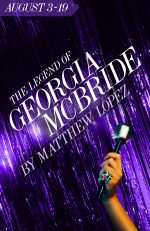 He’s young, he’s broke, his wife is having a baby. And now, Casey has lost his gig as an Elvis impersonator. In Matthew Lopez’s The Legend of Georgia McBride, Casey is given the opportunity to trade one sequined outfit for another when his club brings in a drag act led by Miss Tracy Mills. A critic’s pick wherever it plays, The Legend of Georgia McBride, running August 3 – 19, is a music-filled celebration of the American Dream and the power of transformation.

A Modern Masterpiece from David Mamet 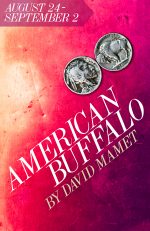 Instantly acclaimed when it opened on Broadway, American Buffalo is one of Pulitzer Prize-winner David Mamet’s defining works. Treat Williams (Golden Globe Award-nominee for Hair) and Pulitzer Prize-winning playwright Stephen Adly Guirgis (Between Riverside and Crazy, The Motherf**ker With the Hat) star in Dorset Theatre Festival’s fresh look at this American classic. In a Chicago junk shop, three small-time crooks plot to rob a man of his coin collection. These high-minded grifters fancy themselves businessmen pursuing legitimate free enterprise, but they are merely pawns caught up in their own game of last-chance, dead-end pipe dreams. American Buffalo, running August 24 – September 2, crackles with explosive humor, frenetic energy, and surprising tenderness.

A Commitment to Diverse New Voices

Throughout the summer, Dorset Theatre Festival’s New Play Reading Series is proud to introduce regional audiences to three of America’s top emerging female playwrights. Each playwright will spend five days in residency at the Festival, and each artist’s time will culminate with a public New Play Reading. Mona Mansour (Unseen, The Vagrant trilogy), Lauren Yee (King of the Yees, Ching Chong Chinaman) and Paola Lázaro (Tell Hector I Miss Him, Contigo) are the 2017 featured playwrights. For more information about these playwrights and their public readings, visit www.dorsettheatrefestival.org/new-play-reading-series.

From June 8—10, The Tarnation of Russell Colvin, written and performed by Oliver Wadsworth and directed by Kirk Jackson—both Dorset Theatre Festival favorites—will be presented at the Dorset Playhouse as part of a regional tour. Based on Manchester’s very own unsolved murder case of 1812, local history comes alive in this one-man virtuosic tour-de-force. Oliver Wadsworth portrays a motley medley of characters as they grapple with the slippery truth of the real life murder of Russell Colvin, an eccentric Vermonter whose ghost haunted the town of Manchester till the malefactors were brought to justice and sentenced to hang. This small-town murder mystery remains unsolved today. The Tarnation of Russell Colvin is underwritten by Vermont Community Foundation and The Samara Fund with support from Bennington College.

Subscriptions for the 2017 Summer Season are now on sale. Single tickets go on sale April 1. The box office may be reached by calling (802) 867-2223 ex. 2 Monday through Thursday from 12—4 pm. For more information, or to purchase subscriptions and tickets online, visit Dorset Theatre Festival’s website at www.dorsettheatrefestival.org.