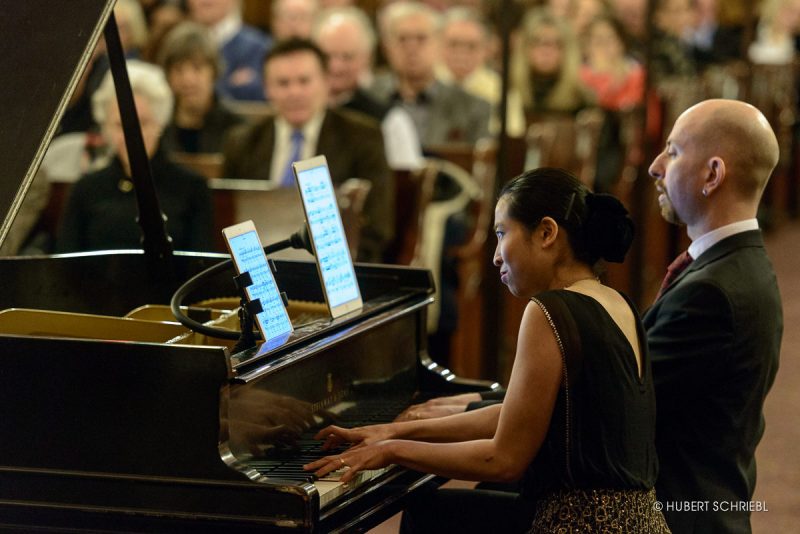 The summer season at Manchester Music Festival welcomes award winning artists from around the country for seven weeks of concerts in the Green Mountains of Vermont. July 6 – August 17 concerts on Thursday evenings are slated to feature a number of top caliber musicians who have played with some of the world’s most prestigious orchestras. Performances will include works from composers such as Mozart, Schubert, Bach, Rachmaninoff, Renié, and many more. Sunday afternoons see concert performances from the participants in the festival’s Young Artists Program which garnered a record number of applicants this year from top conservatories around the world.

One of two major events this season will be the Orchestral Experience concert on August 3rd, which brings together featured guest musicians and young artists with Van Cliburn International Piano Competition Gold Medalist Alexander Kobrin as piano soloist. On this evening, Manchester Music Festival will present two epic works of the orchestral repertoire: Beethoven’s Eroica Symphony, and Brahms’s Piano Concerto No. 2 in B-flat Major. The orchestra will be led by Maestro Ignat Solzhenitsyn, the Principal Guest Conductor of the Moscow Symphony Orchestra and Conductor Laureate of the Chamber Orchestra of Philadelphia.

The 2017 season will conclude on August 17th with a special performance entitled “A Night At The Opera” and featuring a number of performers who have starred in major roles on stages across the globe. Manchester Music Festival’s opera evening is always one of their biggest nights of the year and a favorite among Festival attendees.

In his first season as artistic director, Adam Neiman brings excitement and energy to the Manchester Music Festival. Neiman, a very well respected pianist and composer, who makes frequent appearances at prestigious festivals around the world, is an honors graduate of The Juilliard School and Assistant Professor of Piano at the Chicago College of Performing Arts. He was named artistic director of MMF in late 2016.

ABOUT MANCHESTER MUSIC FESTIVAL: Manchester Music Festival is a non-profit organization that offers, on a continuing basis, classical music performance and music education of the highest caliber to engage the public and encourage the enjoyment of this art form. It is headquartered at the Festival House in Manchester, Vermont and accommodates lessons, rehearsals, meetings, and housing for artists. Manchester Music Festival is a 501(c)(3) organization.