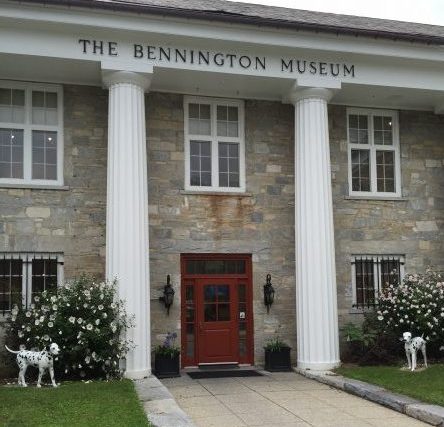 We took a short trip south to Bennington Museum to see the latest exhibits and walked away with much more than we expected.

While many locals know the museum as a mod-podge of everything “Vermont,” Bennington Museum prides itself on highlighting a wide variety of Southern Vermont art and history. Here, walking into a new gallery is like walking into a new world. In a few steps, you can easily be transported from history on the Battle of Bennington to an exhibit on Bennington College’s modern art, and, later, to a glimpse into the Vermont Gilded Age. The museum embraces the wide variety of its exhibits and their apparent disconnect – they call it a “creative collision.”

All of the galleries at Bennington Museum have something exciting to offer. The museum’s permanent installation of Grandma Moses works is one of the most popular. Anna Mary Robertson Moses was a household name in the 1950s and one of the most famous artists of her time. Discovered by a New York City art collector, her art soon became the face of modern folk art. From local name to an artist featured in MOMA, Grandma Moses has a rich history in Vermont and in the art world at large. Bennington Museum has the largest collection of Grandma Moses work in the country. 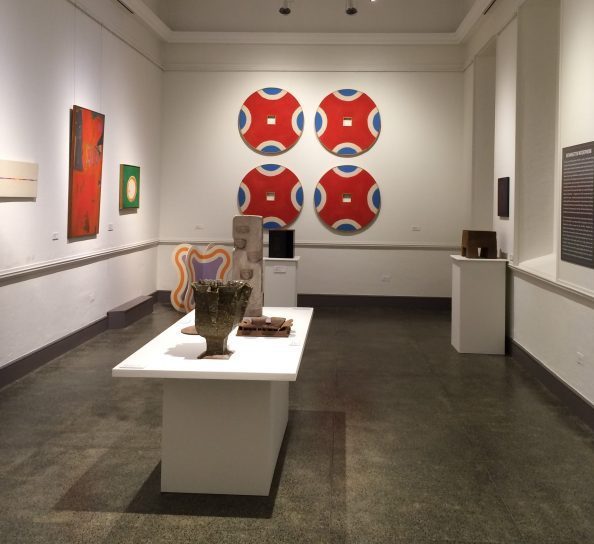 The museum also provides space for children to explore the world of Grandma Moses. There is an interactive area of the museum that includes a school house, a general store, and books. Children can play and learn in a replica of Grandma Moses’s childhood. The space is an amazing chance for children to travel back in time and experience the way people lived during the time period.

Just upstairs, you can take another trip back in time to the Church gallery. Originally, this part of the museum was the First Church of Bennington until the congregation out grew it. It was later converted into a museum for the people. Today it stands as a re-creation of what a museum during the 19th century would have looked liked. The museum director likes to describe it as their “cabinet of curiosities”. The room is filled with period pieces of everything you can imagine. From instruments and old church artifacts to statues and children’s toys. Visitors can walk around the room and really feel like they are getting a glimpse of people’s lives from that time. 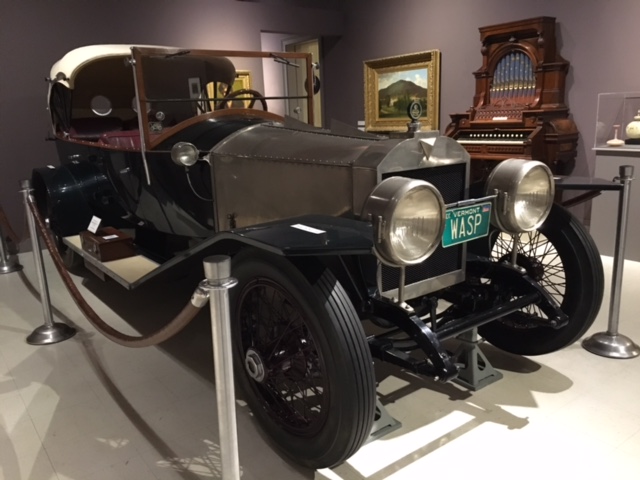 Across the hall is another exhibit named The Gilded Age of Vermont. The first thing you notice is the old fashioned car in the center of the gallery. This is something that kids will love – it looks like Chitty Chitty Bang Bang! This exhibit explores from post-Civil War up to WWI and highlights the role that industry played in Vermont’s history and culture. It features furnishings from old mill owners’ homes. This exhibit also displays the Bennington Flag that was created around 1812 and is one of the most distinctive and earliest stars and stripes that we know of. Around the corner, is the Bennington Pottery exhibit which highlights area pottery that is signature to the 1780s era. 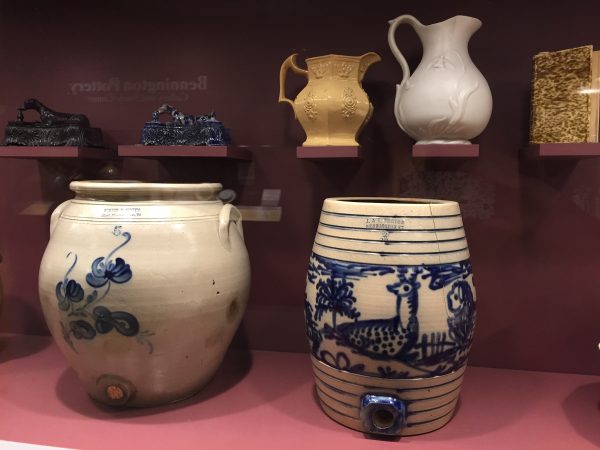 Bennington Museum has changed a lot over the past five years and they are always rethinking how to connect the past with the present. It’s like tumbling down the rabbit hole and finding one amazing thing after another. Visitors may go to see the Grandma Moses exhibit, but will also find historic, modern and abstract work right alongside it. Bennington Museum aims to spark the imagination and new ideas. It showcases artists’ work in an intimate setting that makes it very enjoyable for young and old.