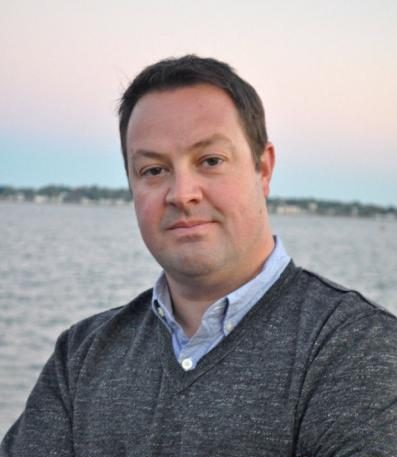 This article originally appeared in the Manchester Journal.

STRATTON — “Boston Strong” co-author Dave Wedge has made enduring connections with the people in his stories, such as the survivors of the Boston Marathon bombing and the family and friends of Pete Frates, the founder of the ALS Ice Bucket Challenge.

Now, two of Wedge’s longest-established connections — Vermont, where he’s been skiing since he was a kid, and film producer and Boston College classmate Kris Meyer — have led him to Manchester, as a panelist, volunteer and ambassador for the Independent Television Festival (ITVFest).

Last fall, Meyer, whose producer credits include “Me, Myself and Irene,” “Shallow Hal” and the upcoming sequel to the cult classic “Super Troopers,” invited Wedge to sit on a panel at ITVFest about the film industry in New England.

Wedge, who was still new to the film industry as the co-author of “Boston Strong,” the source material for the screenplay of “Patriots Day,” was impressed by what he encountered at ITVFest. The festival is moving to Manchester this fall after a four-year run in West Dover.

“I was blown away at the level of talent that was at this festival,” Wedge said in a recent interview at the Stratton Mountain Club, shortly before he appeared at the Northshire Bookstore to talk about “Boston Strong.”

“I’ve been to other film festivals. This is much different,” he said. “What I love about ITV is there’s this tremendous gathering of brainpower and creative talent all looking for ways to distribute their creative endeavors — and succeeding.”

“Moving it here to Manchester is really going to take it to the next level,” Wedge said. “It can be the Sundance of streaming content.”

That could include projects for Whydah Productions, the production company Wedge, Sherman and film producer Ted Collins founded.

“Who knows, maybe we’ll buy a series or help to get one into development,” he said.

Wedge didn’t set out to write movies. He cut his teeth as an investigative reporter at the Boston Herald, working two of the city’s most challenging beats — police and politics — and drawing assignments including the aftermath of the Sept. 11 attacks in New York.

But on April 15, 2013, the story hit home at the Boston Marathon finish line, where brothers Dzhokhar and Tamerlan Tsarnaev set off a pair of homemade bombs, killing three and injuring hundreds.

Days later, Wedge found himself at the scene of the shootout between the brothers and police in nearby Watertown, moments after it happened.

Amid the chaos, a friend Wedge had made in the New York Police Department following the Sept. 11 attacks texted him with the message: “Take good notes. You’re going to write a book about this.”

Wedge worked with the survivors of the bombing, following their stories of recovery, and formed a partnership with co-author Casey Sherman, who had written eight books including “The Finest Hours,” the story of a heroic Coast Guard rescue off Cape Cod.

As Wedge and Sherman wrote, chapters were sent to the screenwriters for “Patriots Day,” starring Boston native Mark Wahlberg.

Writing a script “teaches you to step back from 300 feet or 3000 feet and look at the story in a different way,” Wedge said.

When you’re writing non-fiction, “you’re interested in the facts, getting it right and telling the story in a compelling way — an emotional way but not thinking about someone sitting back eating popcorn and watching what you’re writing,” he said.

“When you’re doing a script it’s more about dialogue and creating imagery, setting the scene, bringing the viewer in. it’s much visual and visceral, and I think it’s made me a better writer.”

His second book with Sherman, now nearing completion, is about the ALS Ice Bucket Challenge and its founder, Pete Frates, a former Boston College baseball player diagnosed with the disease in 2012 at the age of 27. Frates’ efforts to raise money to fight ALS (better known as Lou Gehrig’s disease) after he was diagnosed revolutionized viral Internet fundraising and led to millions of dollars being raised for research for a cure.

That book has a movie development deal, Wedge said.