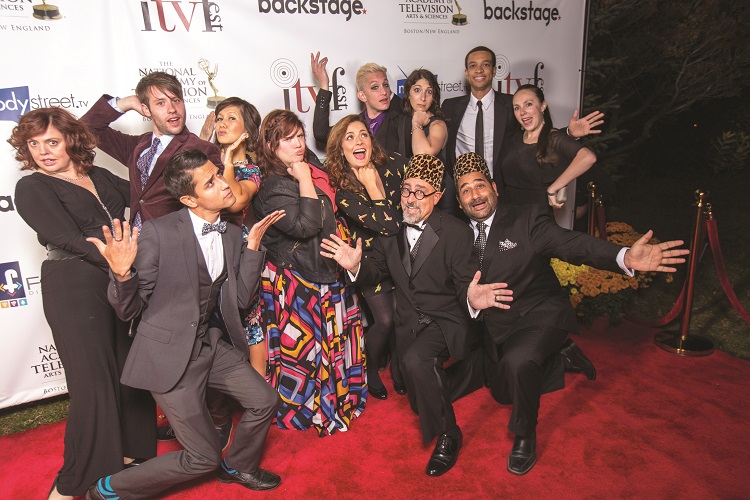 Netflix and chill has become a cultural lexicon as more and more people sit in the comfort of their own home to watch movies, TV, and other content streaming across an ever-expanding variety of platforms.

That reality is what the upcoming Independent Television Festival (ITVFest) is all about.

“We’ve removed all those artificial barriers that really had no business being there anyway,” says Kelly Edwards, head of talent development at HBO, which is an ITV Festival sponsor for the third year in a row. “We should all be able to engage with one another and streaming has made that possible.” 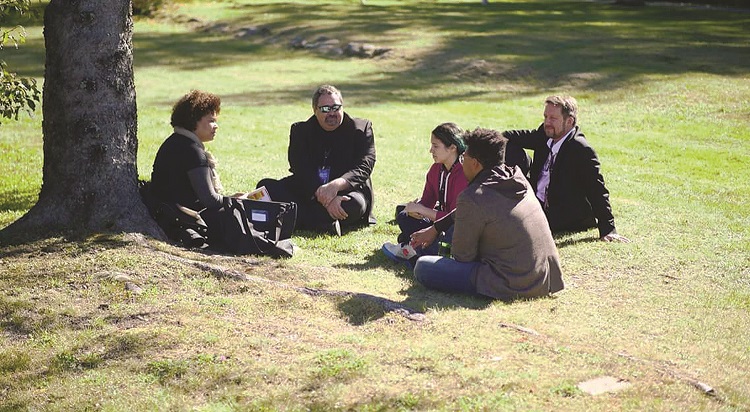 ITVFest, now in its 12th year, began when the streaming movement was in its infancy, but the festival, which is moving to Manchester from Dover this October, is now being hailed as the “Sundance of Streaming” as the mobile-content movement has hit the fast lane. In addition to HBO, a who’s who of top-level Hollywood talent will be in Manchester from October 11–15 for five days of networking, screenings, industry panels, and more.

The keynote speaker this year is Bob Bakish, the new CEO of Viacom who also happens to be a seasonal resident and a regular on the slopes of Stratton. Bakish says he and his team will be coming to soak in the atmosphere but will also be on the hunt for new content as Viacom expands its own streaming options, such as Play Plex, a service that allows viewers to stream content on-the-go from MTV, Nickelodeon, BET, Comedy Central, Nick Jr., Paramount Networks, and other Viacom channels. Other industry partners at ITVFest this year include the Bravo network, the National Academy of Television Arts & Sciences, the Writers Guild of America East, and Raptor Films.

“We see all of these streaming services—from in-house platforms to new third-party offerings—as giving consumers more choice and control over their entertainment experience,” Bakish told Stratton Magazine. “Celebrating and advancing diverse, thought-provoking voices in the entertainment industry is central to who we are. That’s why I am so excited to partner with ITVFest and honor the immense talent in independent television today.”

The festival attracts an eclectic mix of industry decision makers, content creators, writers, directors, actors, streaming talent, and more. YouTube stars and determined producers can get tips from the industry’s pros and can casually mix and mingle with Hollywood royalty, such as past attendees Tamara Tunie of Law & Order and Bobby Farrelly, who has directed some of the biggest hit comedies of the past 25 years, including There’s Something About Mary, Kingpin, Dumb and Dumber, and Me, Myself & Irene. 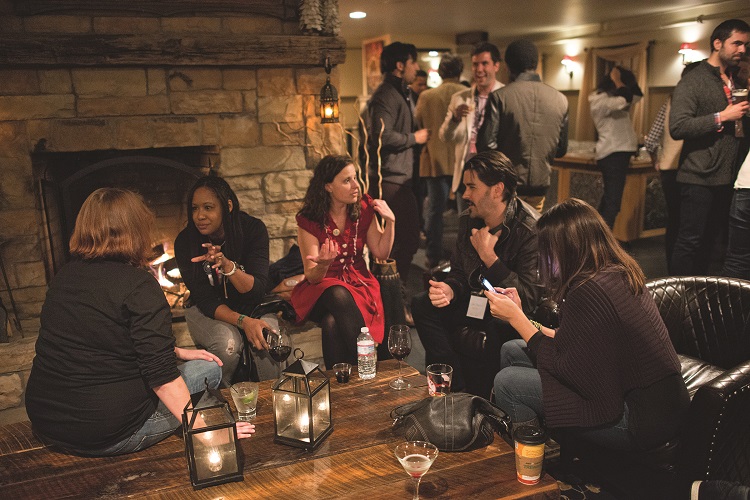 There are cocktail mixers, panel discussions, and of course, screenings where talent developers, showrunners, and executives can view new streaming series, documentaries, films, and more in hopes of finding the next big thing.

Massachusetts-based producer Kris Meyer, who produced several of the Farrelly Brothers biggest hits, including Hall Pass, Fever Pitch, and There’s Something About Mary, as well as Adam Sandler’s recent Netflix-only smash The Do Over, comes for the “incredible content” as well as the “incredibly diverse group of Hollywood heavyweights.”

“The timing for this cannot be any more relevant as the paradigm shifts to streaming and mobile content,” Meyer said. “This is the first festival of its kind where content creators can show their works and hopefully get seen by the right folks and hopefully it turns into something special.”

The festival began humbly in 2006 in Los Angeles. In 2013, Philip Gilpin, a former HBO analyst, took over the festival and moved it to Dover, where it has been held for the past three years.

The shift to Manchester comes at just the right time, as the streaming industry is poised for an explosion. Manchester’s mix of hospitality options, restaurants, shopping, outdoor activities, and classic New England charm—coupled with the internationally renowned beauty and reputation of Stratton—have those involved with the festival excited about the long-term prospects of making the festival a must-attend event for the industry.

“By convening representatives from across the entertainment industry, ITVFest not only allows actors, creators, producers, and programmers to meet and establish new connections, but it also gives these groups a platform to discover the next must-watch show and discuss important industry topics,” Bakish said. “ITVFest shines a spotlight on Manchester’s vibrant community. Each year, participants experience firsthand the region’s long and proud tradition of supporting art and culture—all against the beautiful backdrop of Southern Vermont in the fall. Visitors will eat the food, visit the shops, and leave knowing just how special Manchester is, as well as how dedicated it is to the entertainment industry.” 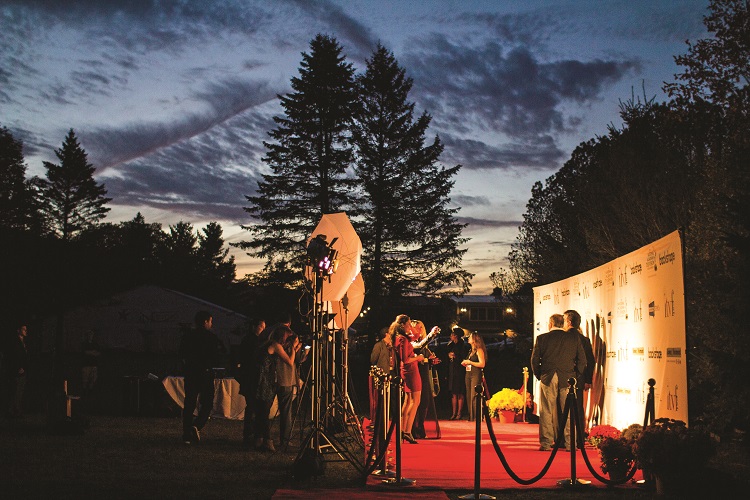 A 2015 study by accounting firm Deloitte found that video-streaming services such as Netflix have overtaken live programming. Approximately 56 percent of American households stream movies and 53 percent stream TV shows, as compared to 45 percent who watch TV. Those numbers are only increasing with the rapid technological advances of mobile technology and wireless internet.

The study further found that 72 percent of those in the 14-to-25 age group preferred streaming video over TV. Those numbers too are only increasing, meaning traditional TV executives and content producers are now laser-focused on exactly the type of content being generated by the talent at ITVFest and similar festivals.

These numbers show that consumers are binge-watching at home more than ever and streaming content has become the norm, rather than the exception. All of which opens the door for the autumnal festivities in Manchester to unearth the next Stranger Things or Orange is the New Black. At least that’s what the Hollywood movers and shakers are banking on. 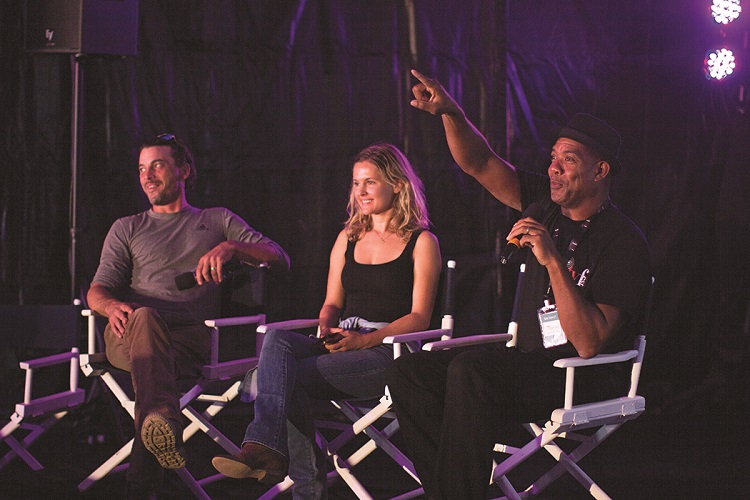 “The platform Phil Gilpin has created to set the stage for independent television to be seen by Hollywood players is unprecedented,” Meyer said. “And I can’t think of a better place to host it than in Manchester, one of the most beautiful places on the planet.”

Added Edwards: “Once you get there you realize everyone is there for the same reason: collaboration and sharing. It’s a wonderful feeling that people bring. There’s something undeniable and unmistakable about that kind of generosity and you can feel it. I imagine that’s what people felt when they went to Sundance for the first time. It’s the camaraderie you get. It has that feeling.”