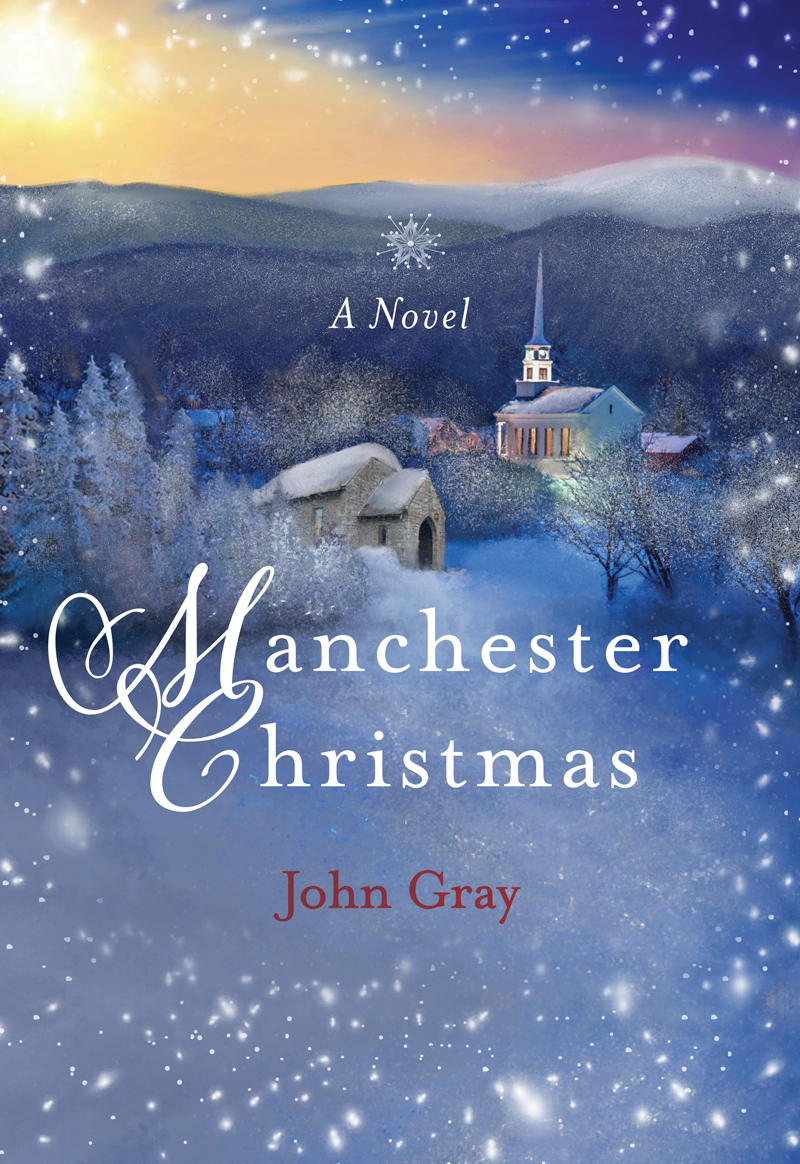 CHAPTER ONE
Lost and Found

“There’s no question, Scooter, that’s the same barn.” Chase was tired of driving in circles and was about to take the GPS device she’d won in a Christmas party raffle two years earlier and throw it out the car window. She didn’t, because her vintage cherry-red 1967 Mustang convertible was stopped on a dirt road somewhere in the vicinity of Manchester, Vermont, and this perfect country setting, with tall pines and hidden streams, was far too pretty for her to be a litterbug. She’d been driving in circles for a half hour, but Scooter, her passenger, didn’t offer an opinion on which way to turn because the four-year-old Australian Shepherd wasn’t very talkative at the moment. He was busy nosing through her Louis Vuitton bag that rested comfortably on the passenger seat, searching for the snacks she had packed earlier. Sour cream potato chips, if he remembered correctly.

Up ahead, Chase saw a tractor slowly making its way across a faded brown hayfield, so she reluctantly pulled the car forward to ask for help. She put the Mustang in park and stood on top of the front seat to make her five-foot-six frame taller and get the farmer’s attention. He was right out of some old Hollywood Western, with a weather-beaten face and bib overall jeans that were only half snapped at the top, exposing his wrinkled red flannel shirt underneath. He looked like half-folded laundry to her.

The old-timer shut off the tractor and put his hand up to his ear, letting her know she’d better shout whatever she had to say. “I’m lost. Trying to get to Manchester,” she yelled.

The farmer scratched the top of his faded blue baseball cap, looked around, a bit confused, then said, “Let me get my son.” With that he put two fingers in his mouth like a fork and gave a loud whistle. It was so loud, blackbirds taking a nap in the nearby maple tree sprang to life and flew off into the bright blue November sky. The huge wooden door to the nearby barn she’d already driven by three times suddenly swung open as if Hercules was on the other side commanding it. “My Lord,” Chase said to herself, and for good reason. Out stepped a man who looked like he belonged on the cover of one of those cheesy romance novels they sell by the rackful at the dollar stores back home. He was six foot two if he were even an inch, with the athletic build of a man who did hard labor every day of his life. His thick, dirty-blond hair was untamed as it pushed out in all directions from under a tan cowboy hat. Even from this distance there was something from the squint of his eyes that made her nervous and excited at the same time.

Chase looked down at her ninety-dollar jeans and the leather boots she’d bought on sale at Nordstrom, thinking she’d dressed the part of a country girl, but these two, this father and son, they were the real deal. As the young cowboy walked from the barn toward the tractor and this beautiful young woman in the cool car, his father spoke. “This is my son, Gavin Bennett.” With that he turned back to his son, directing his next words to him. “She’s trying to get to Manchester.”

Gavin took a hard drink out of the half-gallon plastic jug that Chase had just noticed was in his hand the whole time. She was so fixated on his face and strong shoulders he could have been holding a purple ostrich and she wouldn’t have noticed. The jug looked a bit dingy, but the water was clear and refreshing as he took a long swig. She could see his eyes were blue—not light blue, but a darker shade, making them more mysterious. She thought a girl who wasn’t careful could get lost in those eyes.

He just stood and stared at her with those ocean-blue eyes until Chase finally spoke. “Trying to get to Manchester and I seem to be going in circles.”

“What’s your name?” Gavin asked her, wiping the excess water from his chin. “Why does that matter?” she shot back playfully.

He liked that she did that, showing some spunk, and smiled back at her saying, “’Cause I don’t give directions to strangers unless I know who they are.”

She stepped down from the car seat she was still standing on, opened the car door and walked around to the front bumper, giving him a good look at who he was talking to. “I’m Chase. Chase Harrington. I’m from Seattle; I’m lost and trying to get to Manchester sometime this century. How’s that?” she added sarcastically at the end.

The handsome young cowboy and his father shot each other a look and the old man chuckled. “Best not mess with this one, Gavin. Now stop giving her a hard time and tell her.”

The young man pushed his cowboy hat back, revealing the rest of his handsome face, and he smiled wide, changing the entire mood in an instant. “I’m just messin’ with you, Miss Harrington. Turn your car around and go down this road until you see a Christmas tree farm on your left. Take the first right after that and stay on that road until you hit Route 7A. Hang another right and it will take you straight into Manchester.”

Chase smiled back and put those imaginary pistols she seemed to be carrying back in her holster as she told him, “Much obliged, paht-nuh.” Gavin gave her a confused look and then burst out laughing.

Gavin sized her up as he bit down playfully on his bottom lip. He then unzipped the jacket he was wearing to reveal a sweatshirt that read “Boston University.” He moved a step toward her so she could read it better, which made Chase’s stomach twirl in a good way, and said, “I went to B.U.—master’s degree in agricultural science. So, not so country after all, darlin’.”

Chase smiled warmly and said, “Okay, touché, Mr. Bennett. Thanks for the directions. Maybe I’ll be seeing you around town.”

Gavin climbed up on the tractor, now resting his hand on his father’s shoulder, and said to his dad, “You think I’ll be seeing her again, Pops?”

His eyes never left Chase’s soft auburn hair that framed her smooth white skin and full lips, as his father responded, “Oh, having a front row seat for this introduction between you two, I’d pretty much count on it.”

Chase climbed back in the car and fired up the engine, giving Scooter a pat on the head. “He’s trouble with a capital ‘T,’ buddy,” she whispered so only the dog could hear. Scooter just looked at the two farmers and wagged his tail with approval, still thinking about those potato chips.

Before she could put the car in gear Gavin shouted, “Hey! Chase? Isn’t that a boy’s name?”

Chase shrugged her shoulders and said, “What can I say? Daddy wanted a boy.”

Gavin wasn’t quite done. “By the way,” he asked, “what brings you to beautiful Vermont right before the holidays?” Chase put her sunglasses on and checked her face in the rearview mirror to make certain her makeup held up to all this driving, and this cowboy was getting the best version of her.

As the Mustang made its way toward the Christmas tree farm and the turn that would take her to a new adventure, Gavin spied the back plate on the car and saw one word—W R I T E R.

Gavin glanced back at his father, giving him a look that said he really liked her. Reading his son’s mind, the farmer said playfully, “With a name like ‘Chase’ you better get moving if you wanna catch her.” The two of them let out a laugh so loud it echoed a half mile across the meadow. 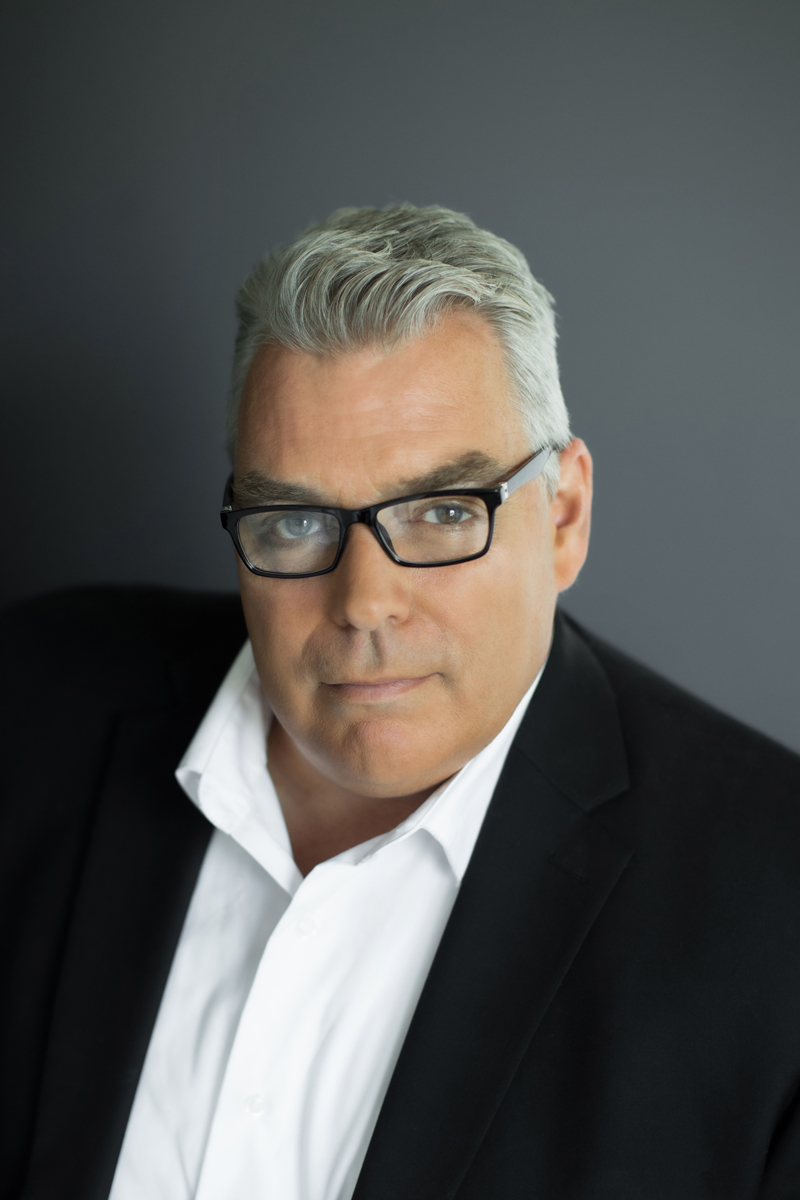 Author John Gray
For more about John and his
book, make sure to check out the
Holiday issue of
Vermont Magazine or visit:
oldmillroadrecording.com 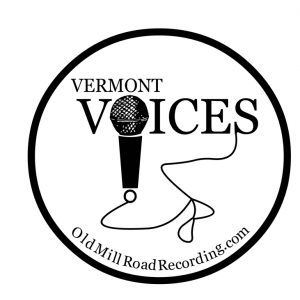