R. Fells Foster speaks on his fun and funky new Christmas album, “Rock the House with Love!”—and the creative process behind it 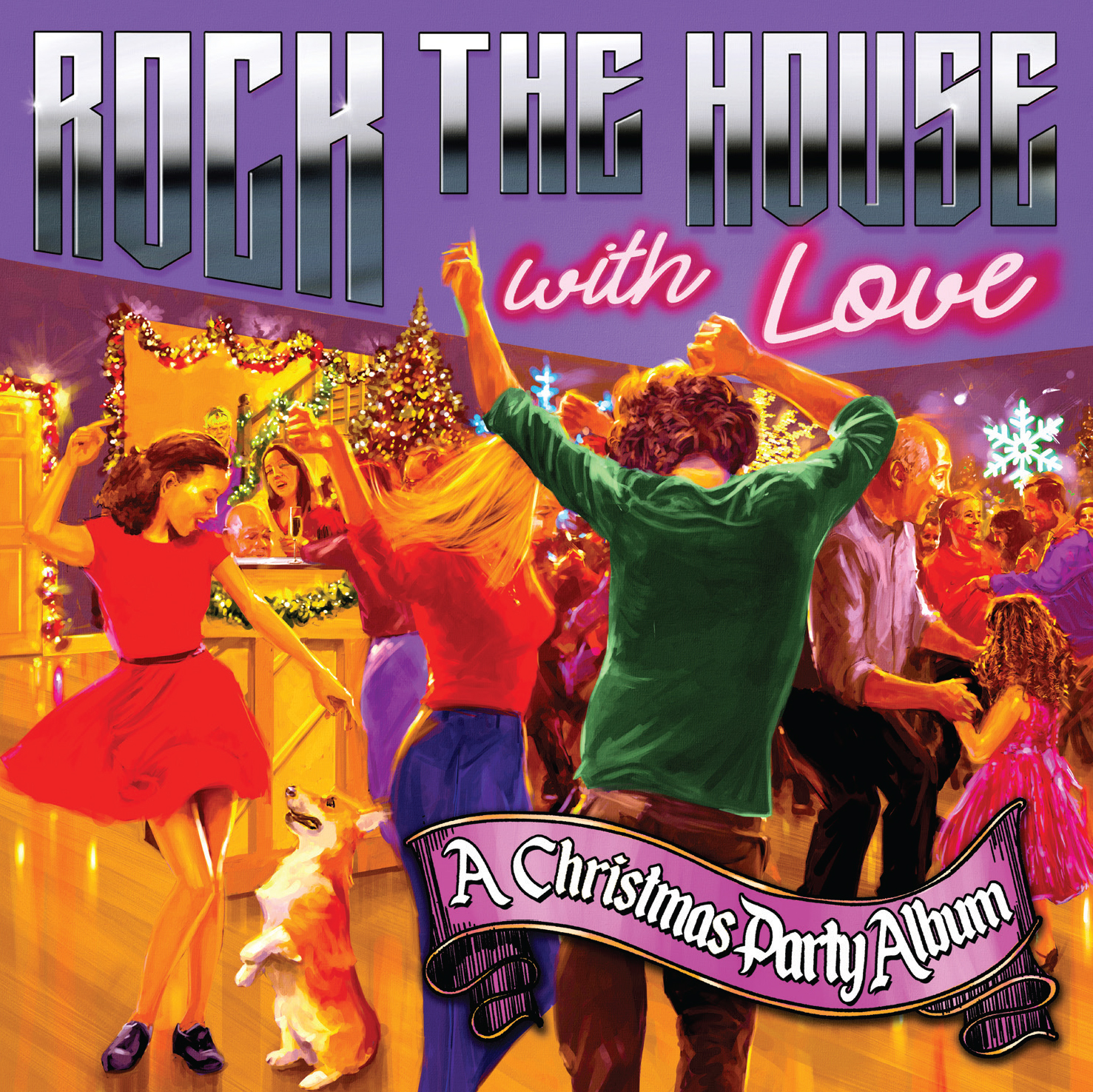 The Holiday season is the perfect time to gather together and enjoy a festive celebration with some great music. If you find yourself in need of some refreshing tunes that perfectly capture the spirit of the Holiday season, look no further than R. Fells Foster’s new full-length Christmas LP, “Rock the House with Love!” Foster’s new album features songs that span a wide range of genres and musical influences, offering a musical experience that redefines Christmas music in a contemporary context. “Rock the House with Love!” was entirely workshopped, recorded, produced, and mixed at Old Mill Road Recording in East Arlington, Vermont. In the weeks leading up to the Holiday season, Foster sat down with Stratton Magazine to share the stories behind the songs, and the creative process that went into making “Rock The House with Love!

Q: Thanks for joining us, Foster! Your new album, “Rock the House with Love!” is a fantastic addition to the Holiday music canon. How did the album first come to be, and what inspired its creation?

A: When I was 14, I saw the Beatles on the Ed Sullivan Show, which changed my life. I started learning Beatles songs on the guitar, and I began writing songs almost immediately. Over the years, I studied all of the great songwriters, including John Lennon, Paul McCartney, Elvis Presley, Jazz and Broadway songwriters, such as Rodgers and Hammerstein and Irving Berlin, and Soul songwriters and performers, like The Reverend Al Green, Wilson Pickett, and Aretha Franklin. I wrote my first Christmas song in the 1980s, and it ended up serving as the inspiration for the song that eventually became “It’s Christmas” on “Rock the House with Love!” At the time, I was living with a girl in central California. Her parents lived in Southern California, and they threw amazing Christmas parties that were better than anything I had experienced at Christmastime in my childhood. They would have their whole family sitting around the table, and they would serve three or four courses with everyone partying, laughing, and enjoying conversation. One year, my girlfriend and I had a big argument right before Christmas, and I remember saying, “I’m not going down to see your parents for Christmas!” After our fight, she immediately got on the phone with her mother and told her that I wasn’t coming down to see them. Her mother said, “No one ought to be alone for the Holidays.” That line is what started me on the process of creating the songs for this album. The whole album came from that one comment and the sentiment behind it. Before that, I never dreamed of writing a Christmas song, let alone making a Christmas album, but when someone hands me a good idea for a song, I run with it. I ended up writing 24 Christmas songs over the next several decades, and I picked the best Christmas songs out of the pile and refined them for “Rock the House with Love!”

Q: What do you think makes a good Christmas song?

A: I don’t think the rules for what makes a good Christmas song are any different than what makes a hit record. If a song doesn’t leave your head, that’s what you want. You want people to like your songs and remember them, and you want them to hum them the next day. My music sticks in people’s heads, and if you want to be a pop songwriter, that’s what you need.

Q: How does your songwriting process work?

A: The songwriters that I really respect include John Lennon, Paul Simon, and Paul McCartney. I always admired them, because they are very versatile, and they have written standards in so many genres. Take Paul Simon, for example. If you look at albums like “Graceland” and the songs that he released under Simon and Garfunkel, they are light years apart. I always had an interest in writing in all different genres, from country to funk, and I think that is very evident on “Rock the House with Love!” As far as my songwriting process, it can happen in a number of different ways. Sometimes it starts with the music, with a catchy lick or a chord progression that gets stuck in my head. Other times, the process can start with the opening line of the lyrics to a song. Occasionally, I will write lyrics to one chord progression, then come back to them days, months, or years later and try them over a different chord progression. Oftentimes, I won’t be happy with the music that backs the lyrics, so I’ll go back to it and try something different. Once I’ve written a good lyric, I tend to hang on to it and find something that will go with it, whether the music comes to me immediately or not. There are no rules to it. It’s an open process.

Q: How did the album come to life through your workshopping, recording, arrangement, and production sessions at Old Mill Road Recording?

A: Before I set out to record the initial demos, I had to think about the instrumentation that I wanted for the songs, the types of singers that I wanted, and the components that would make the songs into hit records. During the workshopping process, I recorded demos of the songs and had conversations with the Old Mill Road Recording team about them. I’m always open to artistic criticism, and I think good things can come from that. As a result of our conversations, I ended up going home, reworking many of the songs myself, and making some important changes. Afterwards, I brought in a really good drummer and bass player. They played on many of the tracks, and then I brought in other musicians for some of the country, funk, and rock tracks. We brought in talented singers, such as Christian Hoff and Melissa Hoff, and we built the songs up until the instrumentation was in line with my vision. We also made the decision to focus the content to make it a party album, which is a theme that I think works very well with the songs that we selected. 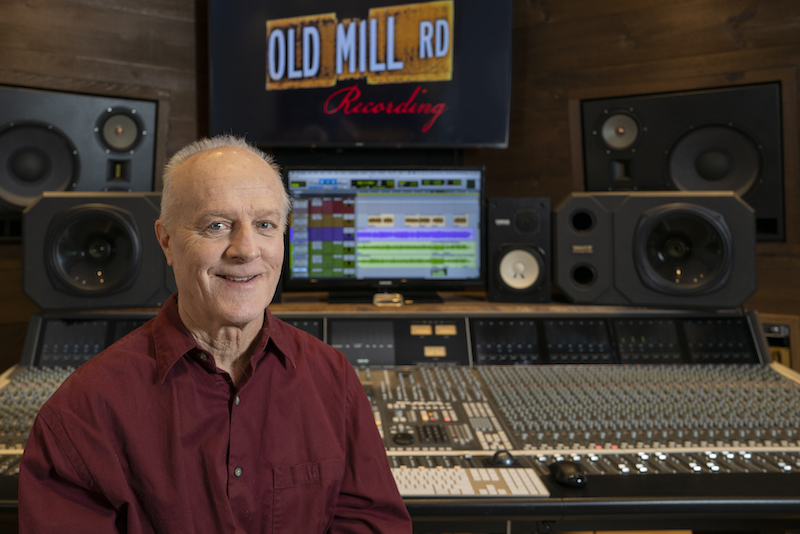 Q: How does it feel to see your vision come together in the final version of the album?

A: It’s wonderful! These songs have all just been in my head for years. It took me a long time to finish the songs, because I would just throw them in the pile and go to the next one without fully completing them. Coming to Old Mill Road Recording to make my album made me really sit down, fully complete the songs, and bring the people together that I needed to make it happen. It feels great to be able to put these songs out for people to enjoy.

TO BUY THE ALBUM
ROCKTHEHOUSEWITHLOVE.COM