I love to know the Why of things. What is the genesis of how we celebrate Christmas today? What steps led to today? Why a fir tree? Why not some other type of tree?

It turns out the Winter Solstice was celebrated by the ancient Egyptians, Romans, Celts, Scandinavians, Chinese, Japanese, and Koreans. Why did they celebrate the Winter Solstice? Because, the Solstice represents the tipping-point of the sun, with the following days gradually lengthening—a sign that spring truly is approaching. And whether decorating with palm fronds (as the Egyptians did), pine branches (as the Romans did), or balsam fir branches (as per the Celts), all are green; the symbolic color of spring. 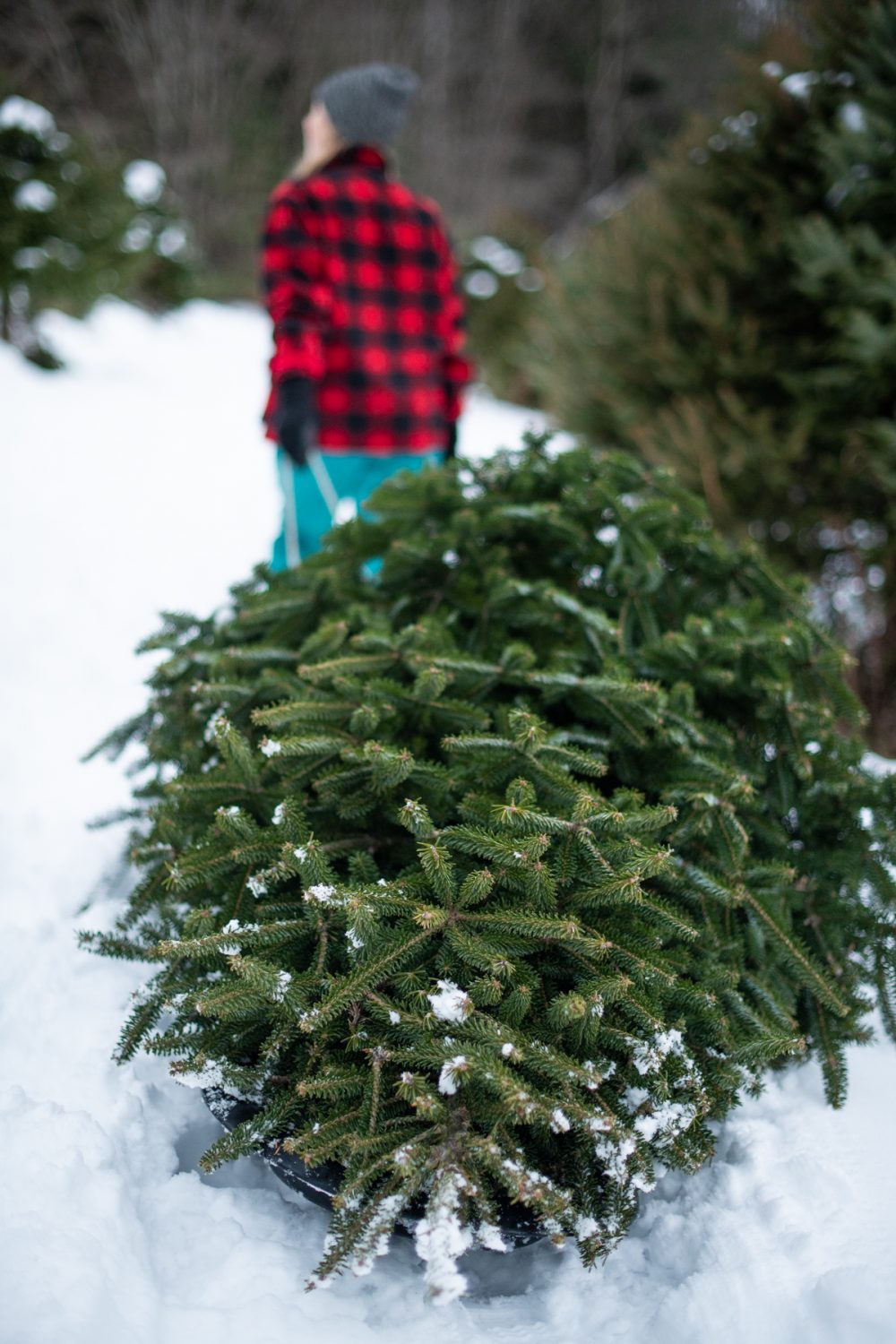 Each culture revered the coming light and extended sunny days by honoring their own gods. Although from different parts of the world, they all celebrated in a similar style, including that they decorated only the exteriors of temples and homes. The tradition of decorating exteriors with tree cuttings continued until the 16th century when Germans began decorating entire trees and began bringing the trees inside, tannenbaums (fir trees). They would decorate the tree with candles, but could light it only one night for once the candles began to burn down, the tree became quite a fire hazard. This led to replacing candles with non-flammable tree decorations.

As technology grew, so did Christmas tree traditions. With the Industrial Revolution, motors created factories, which created jobs. People no longer had to make their own clothes, didn’t have to make their own everything. All of this led to the birth of department stores that, over the holidays, sold factory-made decorations.

I, personally, love the scent of balsam fir. It’s my indicator that the holiday season has arrived. Because we don’t cut our tree until a couple of weeks prior to Christmas, I begin lighting my balsam fir candles much earlier. As I inhale the balsam scent, it motivates me for my next favorite scent: baking cookies. Shortly after Thanksgiving, I begin making all of my cookie doughs and freeze them until I’m ready to pop them in the oven. As Christmas closes in, this makes things much easier. It’s part of my ritual. My tradition.

Traditions are like snowballs; they roll along with you and enlarge as you marry, have children, move to new locales, and make new friends, morphing those new traditions into your own traditions.

During childhood, my mother, her siblings, and their families gathered at my grandparents’ home for dinner and gift exchanges. It was a given that we’d all be there. No excuses!

From our first year of marriage, living in Syracuse’s married students housing, my husband Dave and I began creating our own Christmas traditions. These took a giant leap when we lived in St. Louis, and our children, Jeff and Abby, were in pre-school and elementary school. For the four of us, it was a perfect time and age for our Christmas tree traditions to incubate and become ingrained so that today they are still with each of us.

We’d arrive home, and I would put on the Christmas music while Dave unloaded the tree (and yes, he would always have to cut off several inches from the base, for my sense of ceiling height is always too grand). After he strung the lights, we’d all begin hanging the ornaments.

Years have passed. Today we still drive to a tree farm, but now we do so with Jeff and his family. We cut our respective trees—and yes, we still agonize over which trees are too tall, too short, and so on. 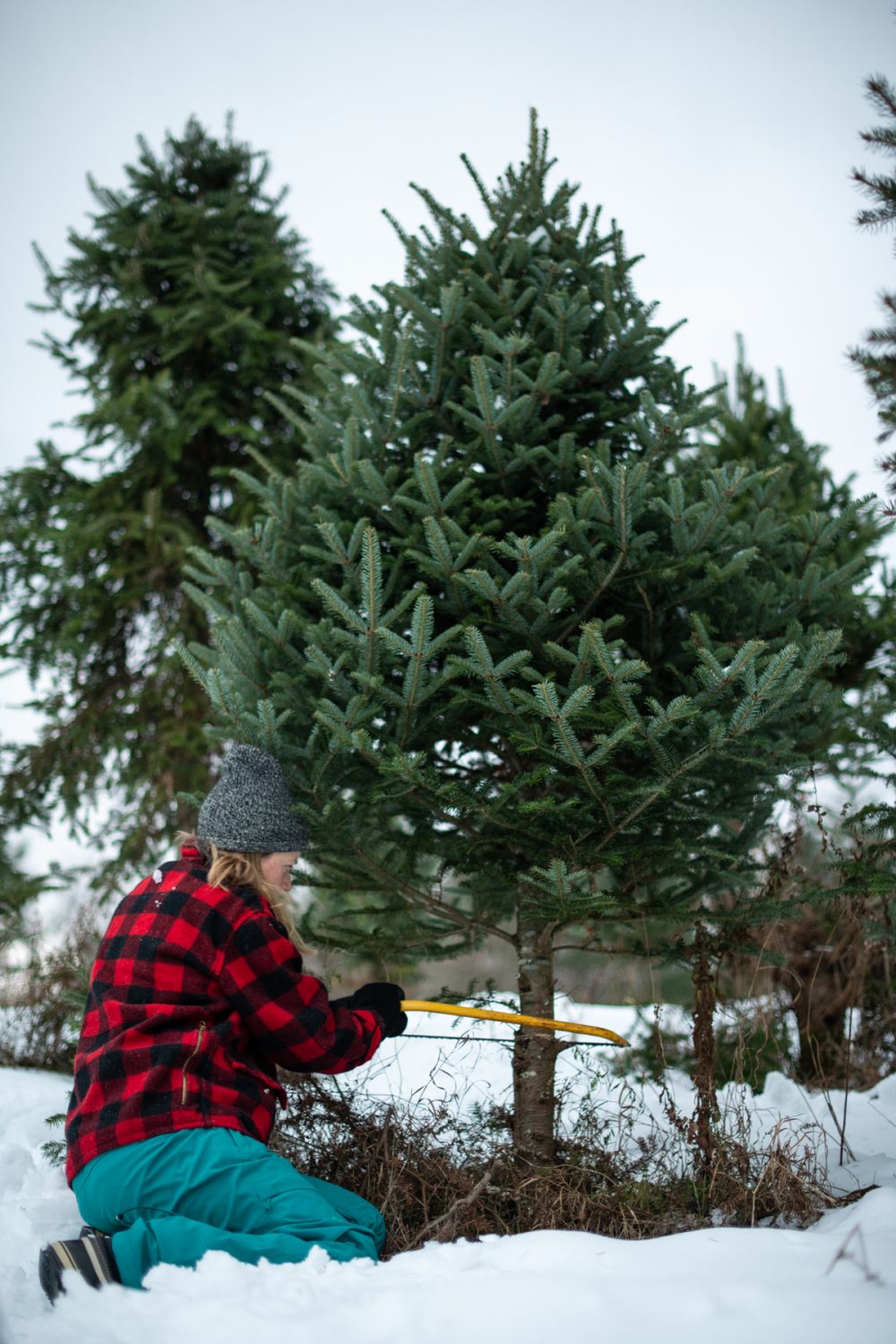 On a weekend in mid-December, we would drive to Heritage Valley Tree Farm in Washington, Missouri. Dave, Jeff, Abby, and I would hike to the tree stand that was touted to have “the best trees of the season.” We would agonizingly check out every single tree before making the final decision of which was the most perfect tree. As many of you I’m sure have experienced, every year there’s a disagreement over it being too tall, too short, too wide, too narrow, too whatever! Once the painful verdict was finally made, we’d be driven in a cart, drawn by two very strong work horses, back to the barn where we were treated to hot cocoa and cookies. For the cookie monsters in my family, that was the best part of the day!