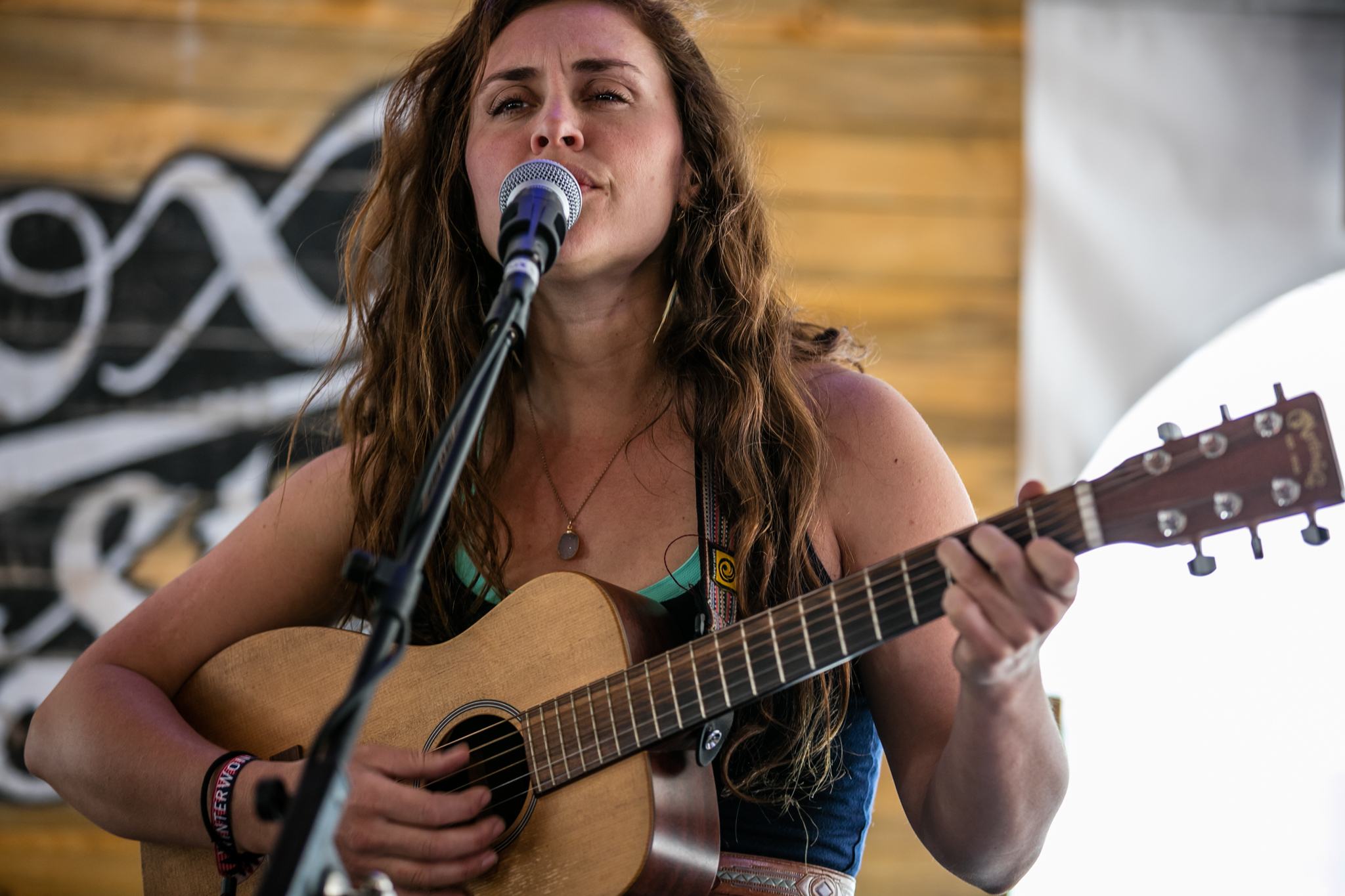 Bridget Law on stage at WinterWonderGrass

WinterWonderGrass is a standout in the festival scene because of its unique focus on environmental responsibility, as well as community building and inclusion. Vermont is a natural fit for the festival. Already brimming with outdoor enthusiasts and a proud grassroots music scene, the state’s ethos is aligned with the festival’s practice of sustainability and environmental responsibility, which includes an 85-percent waste-diversion rate and a commitment to no single-use plastics.

Bluegrass music has long been a male-dominated musical sector and women have been historically underrepresented on bluegrass stages. WWG is consciously working to celebrate and promote talented female musicians. To that end, 60 percent of the bands booked for Stratton 2020 have at least one female member. 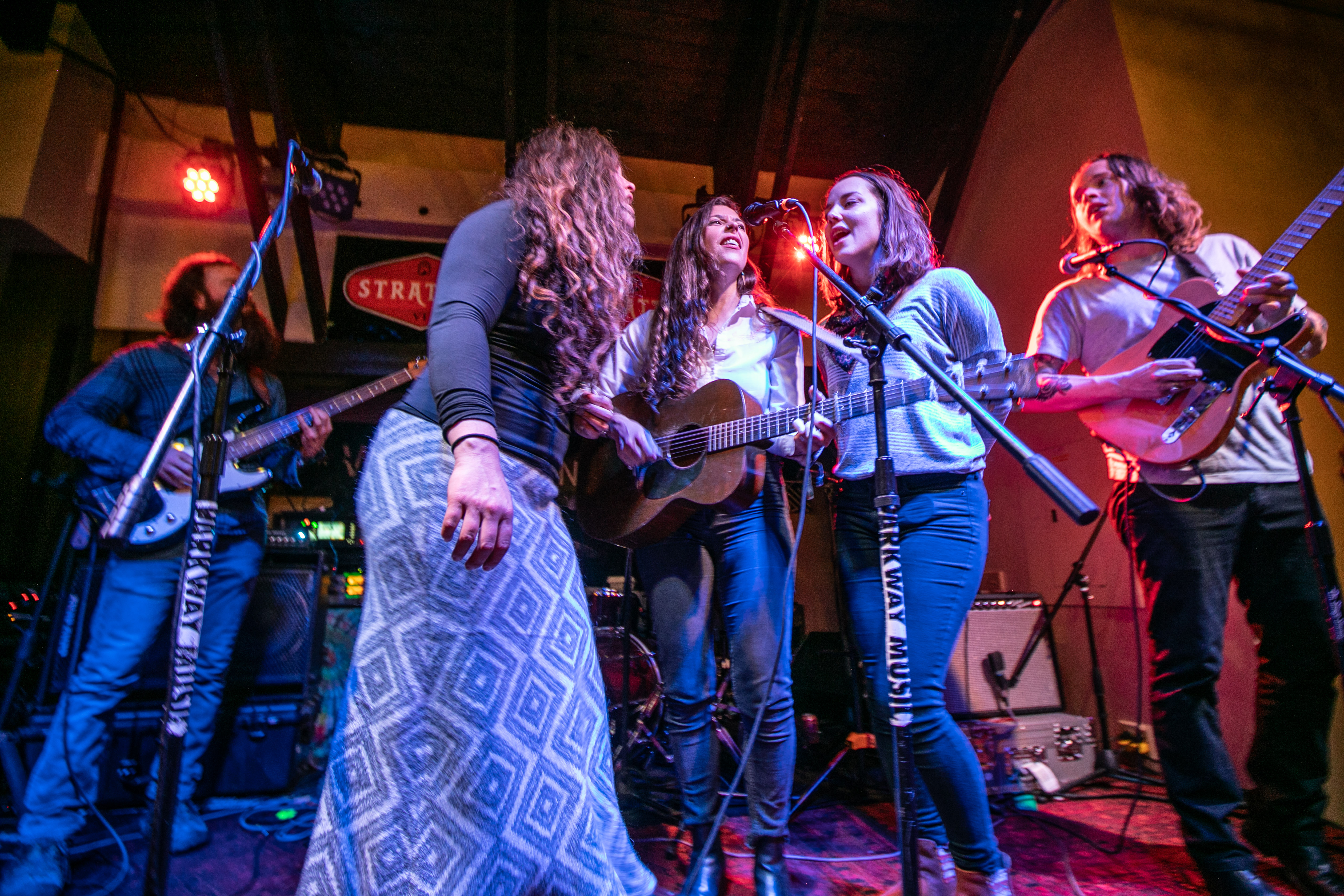 Out of 2019’s WWG in Steamboat Springs, a super-group called WinterWonderWomen has emerged and will take center stage at Stratton in April. Led by Bridget Law, founding member of Elephant Revival and artist-in-residence at WWG, WinterWonderWomen sets are spontaneous, creative, fun, and collaborative as female performers and production staff members join together to lift up each other and to sing along, celebrating the beauty and richness of the feminine spirit.

Brittney Pare Stoughton, who is married to festival founder Scott Stoughton, grew up in South Londonderry and had a big part in the festival’s expansion to Southern Vermont. 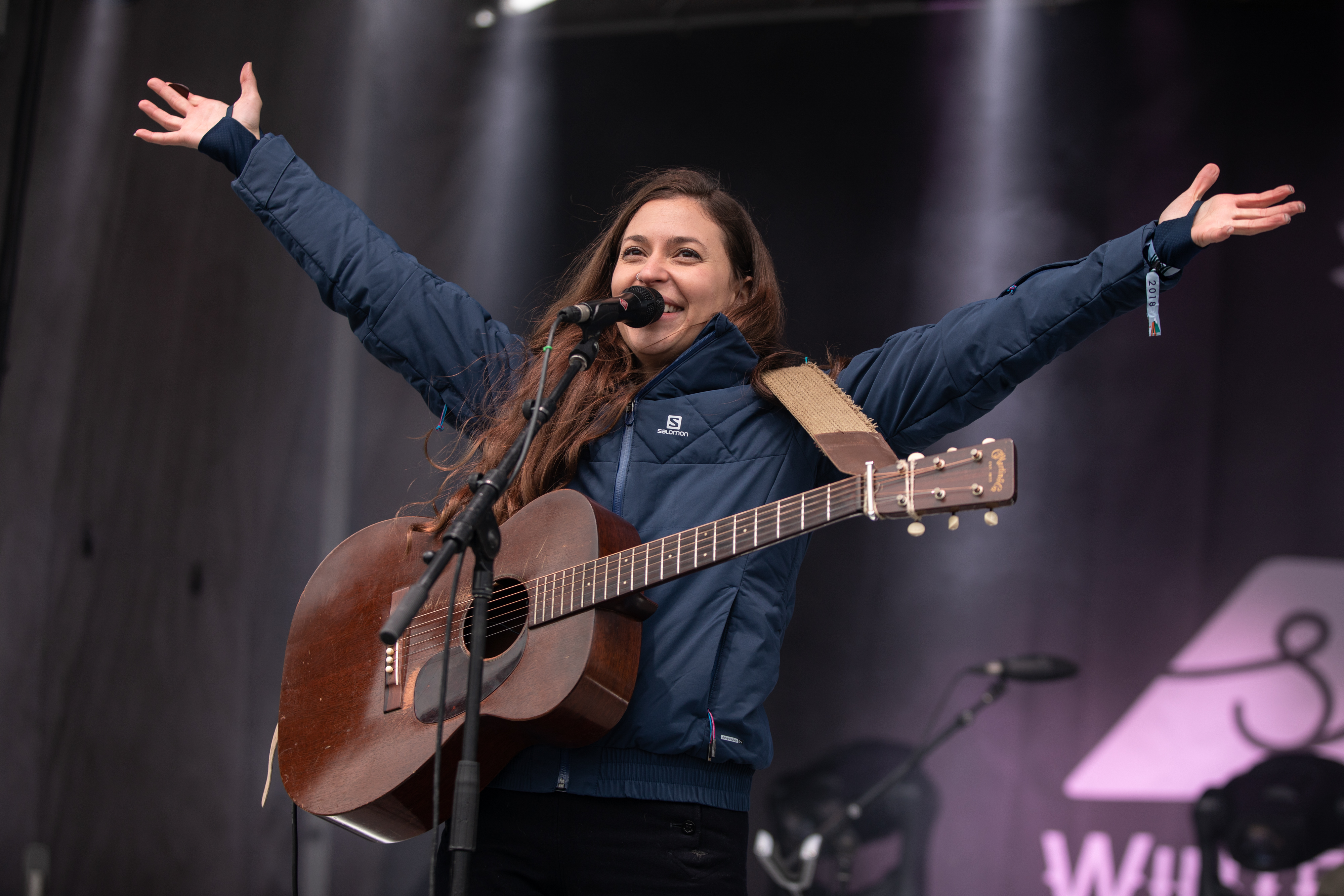 Brittney says, “It’s Scotty’s life’s work—creating an authentic space for people to really feel free and able to express themselves, as well as a safe space to just be. For him it’s all about creating a sense of community in a really responsible manner. Showing people how you can be authentic and sustainable and responsible, while also having a good time. Scotty’s really intentional about only booking artists who want to come and be involved in the community. It’s not about rolling in on your tour bus and playing your songs and then getting off the stage and leaving. The artists ski and go out into the community. The whole intention is trying to get people to talk and facilitate the space for people to have conversations. In our green room and artists’ lounge, we create an experience for artists to just jam with each other. It’s like a huge family backstage. So it was completely in-line with the vision, when Bridget Law said, ‘let’s get all of the women together and just do a really big jam session.’”

The spontaneity that happens during a jam session is often lost within the structure of a rehearsed band with set members. Giving professional musicians the space to exchange ideas, improvise, and jam casually with each other is part of the magic of WWG. In taking that fresh energy and elevating it to the stage, artists are encouraged to step outside of their comfort zones, displaying authentic excitement and nerves.

Brittney recalls the moment when she and Scott witnessed WinterWonderWomen’s first performance on a side stage in Steamboat Springs—and instantly recognized that it had to be a main-stage act.

“It was so packed that people were outside the tent. Everybody came to see them. They played some really rocking songs that people could sing along to and it just became this huge experience in the tent. It was so much fun, and I was holding back tears because it was so authentic and a really vulnerable performance. Everyone was moved by them. It was incredible to have this female presence, and it was completely in the moment. It was so infectious that everyone was dancing and singing along.”

This year, WinterWonderWomen will include members of Della Mae, an all-female, Grammy-nominated bluegrass band headlining all three festivals in 2020. It is a return home to Vermont for Celia Woodsmith, who grew up in Norwich, began playing in a band when she was 18, and was a student at UVM. In 2011, after spending five years in Boston with various projects, she was recruited to be the lead vocalist and guitarist for Della Mae. The band’s mission is to showcase top female musicians and to improve opportunities for women and girls through advocacy, mentorship, programming, and performance. 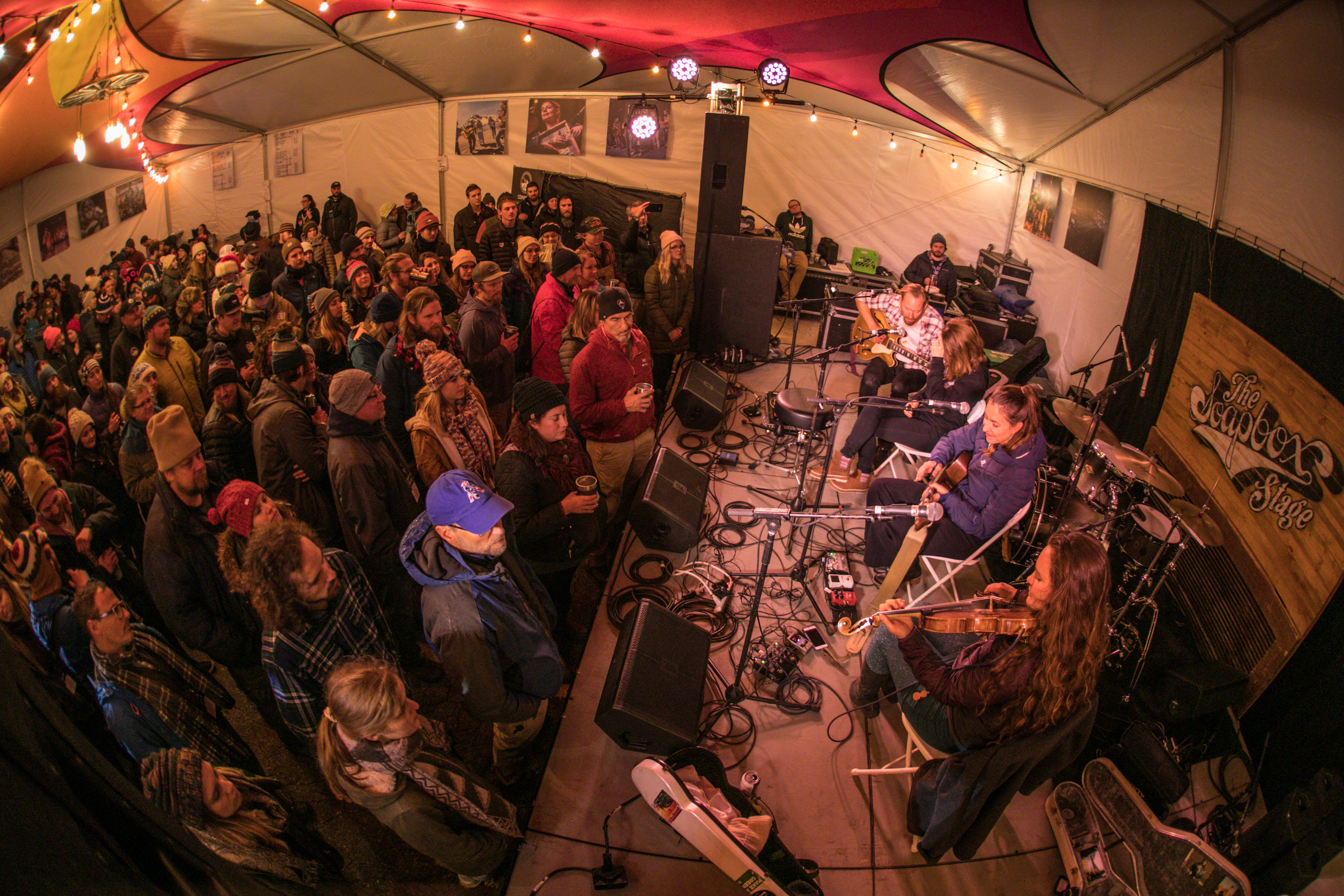 Celia is quick to point out that WinterWonderGrass’ focus on gender inclusivity does not go unnoticed, as members of Della Mae are frequently the only women who step on stage at many bluegrass festivals.

She explains, “Della Mae was [at one time] basically the only all-female bluegrass band and now we’re starting to see more of them. And the cool thing is that you have these young women who come up to you after the show and say, ‘I first started watching you when I was 10, and now I’m 18 and I have my own band now.’ And that’s exactly why we formed Della Mae—to get more young women into music. There are a lot of young men who are encouraged to take solos, to be musicians, to go off and do this thing, whereas women aren’t as encouraged to do that. And when they don’t have these role models to look up to on the stage, then they’re twice as likely not to start a band, not to take a solo, not to go out on their own. So just the fact that these young people can see us up there is almost half the battle.”

WinterWonderWomen is a reflection of what sets WinterWonderGrass apart from other festivals. By breaking stereotypes within the genre of bluegrass and facilitating an authentic community experience for artists and fans alike, the women are leading the pack to transform music festival culture.

Presiding over the entire experience will be Bridget Law and the talented cast of WinterWonderWomen, who believe in the power of music to strengthen community and to catalyze progress in our society. As Wonder Woman herself says in the classic DC comic: “No matter how small  an act of kindness or generosity or simple positivity you put out into the world, it will make a difference.”