The Arlington Common is a vibrant hub of community, wellness, and creativity. 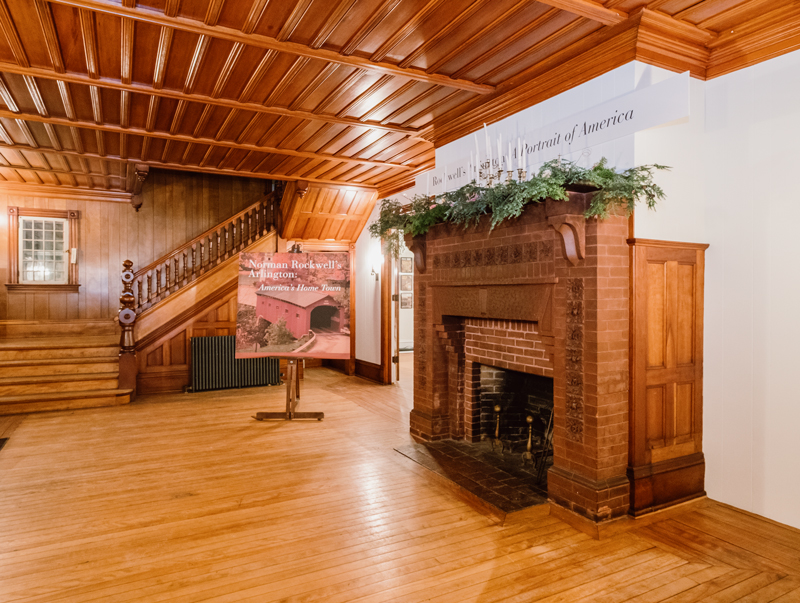 In the heart of Arlington’s historic village, a band of thoughtful and passionate community members have joined together to work towards the completion of an exciting new project: The Arlington Common. Located on a 2-acre campus at the former site of St. Margaret Mary’s Catholic Church, The Arlington Common is a multifaceted event space that serves as a vital resource for the local community. Once completed, the Arlington Common will bring much-needed facilities to Arling- ton, including a performance venue for local artists and musicians, a welcoming and” “well-equipped fitness center, and a state-of-the-art co-working office. The Board of The Arlington Common is currently working around the clock to bring its vision into reality.

“We formed the Arlington Common board in March of 2021, and every single board member has played an integral part in what we have already accomplished,” says Arlington Common’s Board President Carol Farley. “Bill Bullock has done a wonderful job of handling our finances, insurance, and bookkeeping. Bill and Don” “Trachte, Jr. have played a critical role in our fundraising, and Don and Ned Reade have put countless hours into maintaining our grounds and artistic exhibits. Elizabeth Berger, the owner of the Arlington Inn, has provided catering for all of our events and supported our efforts to restore the grounds. Erin Mears has done wonderful work as our liaison for the younger crowd in the area, which has been invaluable throughout the entire process. The Arlington Common is a volunteer-run organization, and everyone on our Board has donated hundreds of hours.”

Nearly a decade and a half before The Arlington Common was fully envisioned, Carol Farley and Arlington Common’s Board Vice President, Bebe Bullock, founded the Arlington Arts and Enrichment Program (AAEP) in 2004. Over the next fifteen years, the AAEP oversaw a multitude of different community programs, including afterschool classes for students at Arlington’s Fisher Elementary School, Artist-in-Residence programs, and community athletic and gardening programs such as the Green Mountain Squash Pilot Program and the Blooming Eagles Gardening and Cooking Program. 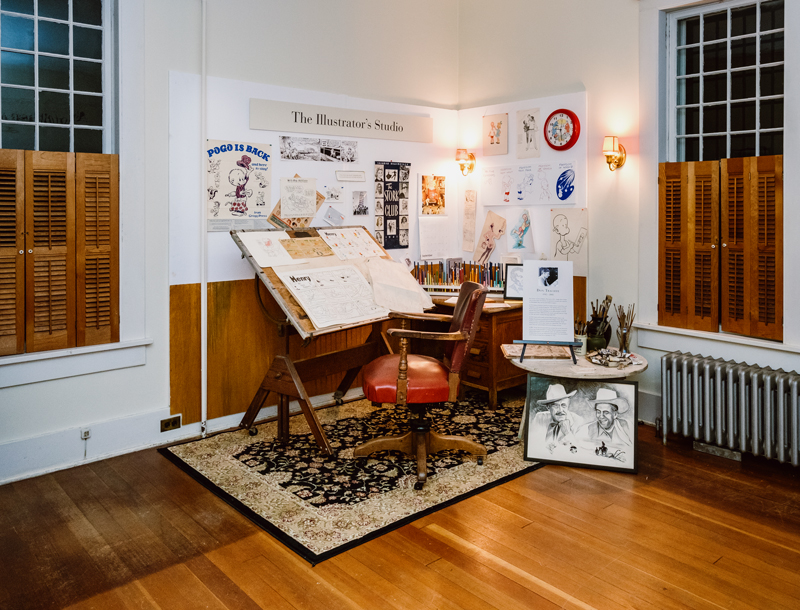 In 2018, Farley and Bullock became actively involved in the Arlington Area Renewal Project’s community planning initiatives. While Bullock was lending her services as a grant writer for the Arlington Area Renewal Project, she came across an exciting opportunity. “There was a community planning grant that was open to write, but we didn’t have anything to write it for,” says Bullock. “Carol and I started thinking and talking about the unoccupied buildings at the site of the St. Margaret Mary’s Catholic Church.” The two of them later decided that the buildings had incredible potential to be used as a community hub. They then applied for funding to acquire and renovate the spaces through the planning grant.

Bullock and Farley worked on the grant extensively in the summer of 2019. That fall, they were awarded the grant by the Vermont Community Development Program. The grant-funded a feasibility study that would prove whether or not the property was a viable location for The Arlington Common. A series of extensive environmental and historical site studies were conducted. Following the completion of the feasibility studies, Bullock and Farley reached out to the owners of St. Margaret Mary’s Catholic Church and took the first steps towards purchasing the property. Although their efforts were put on hold by the COVID-19 pandemic, they eventually managed to” “acquire the land and buildings in October 2021.

The parcel of land that The Arlington Common sits on spans two acres and houses three separate buildings: The Fitness Center, The Church, and The Watkins House. Constructed in 1963, The Church stands as a striking example of Mid-Century Modern architecture. Its high ceilings and beautiful glass windows are incredibly conducive to an atmosphere of creative inspiration. The Watkins House formerly housed a church rectory for the Catholic Diocese of Vermont. It also once served as the site of a beloved independently-owned inn in the early 20th century.

Following the acquisition, the Church building, the Watkins House, and the Fitness Center were thoroughly cleaned by Farley, Bullock, and a team of volunteers. The Fitness Center was then opened to the community, and “Bone Builders” classes were offered to local residents, ages 62 and up. Yoga classes and cardio classes have also been hosted at the fitness center, as well as afterschool programs for area children. In addition, the space has been rented out by local community organizations for fellowship events, such as the Arlington Garden Club.

Some instructors who teach classes at the Fitness Center pay to rent the space, which allows The Arlington Common to host other community wellness classes for free, such as their Bone Builders classes. “The money from those paid classes also helps us maintain the spaces and pay our bills,” says Bullock. “Every time someone rents the Fitness Center, the fee that they pay goes toward offsetting our operating expenses.” She adds that the symbiotic relationship that the Arlington Common has already built with the Arlington community wonderfully illustrates the potential for larger collaborative partnerships in the future.

The Watkins House has also hosted several community events and art exhibitions over the past year. In September 2021, Norman Rockwell’s Arlington: America’s Hometown was brought down to The Watkins House from the State Museum in Montpelier. The exhibit featured prints of some of Rockwell’s most iconic images, several of which depict models that were native residents of Arlington during the time that Norman Rockwell lived there. Recently, a new exhibit honoring Arlington’s artistic history has been installed by Don Trachte, Jr. in the Doyle Gallery space at The Watkins House.

“In addition to hosting community events and art exhibits, The Watkins House currently serves as a meeting place for several local clubs, including a Mahjong club and a book club. “The Watkins House is also perfect for poetry readings, book readings, and many other community events,” says Farley. Upstairs, several rooms in the Watkins House have been converted into co-working spaces. “We have a private office that is currently being rented right now,” says Farley. “We are also planning to outfit one of the larger rooms with four different cameras and microphones. It will be a perfect place to host webinars or Zoom meetings.”

The church building has also been used to host several significant events over the past year, including a housing summit organized by the Vermont state government. Farley adds: “Once we acquire the funding to fully renovate the church, it’s going to be an incredible venue for musical performances and community events.”

To that end, the Board of the Arlington Common has raised funding for the Church building renovation project through a series of private and public grants. In November 2021, The Arling- ton Common received a grant from The Preservation Trust of Vermont, which will enable them to restore the windows on the stunning Mid-Century Modern church to their original state. In January 2021, a grant from Efficiency Vermont was secured, which allowed them to update the electric system in the Watkins House to modern code standards. An additional grant from the Bennington County Regional Commission and numerous private donations and pledged gifts have played an integral role in aiding the continued progression of the Arlington Common project. 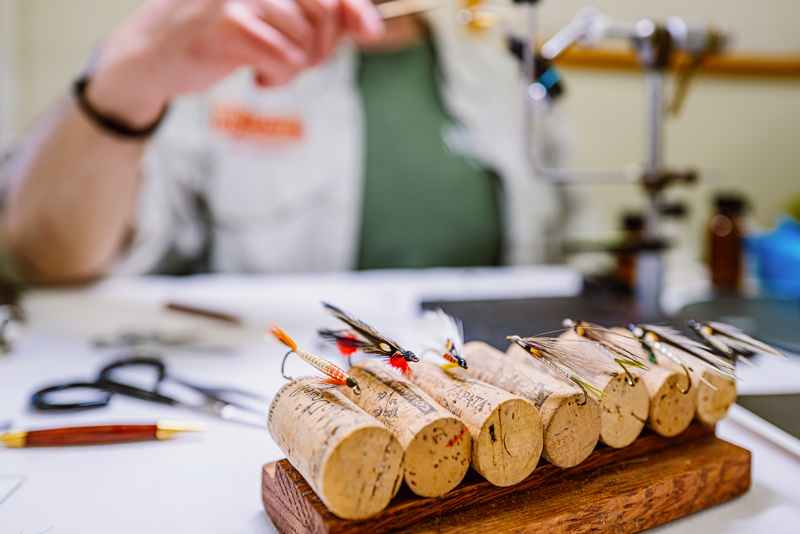 Recently, a generous marketing grant from the Vermont State Department of Marketing and Tourism enabled the Arlington Common to host the first annual Battenkill Fly Fishing Festival (BFFF). Arlington Common Board Member and Treasurer Bill Bullock played a prominent role in the organization of the BFFF. As a passionate angler, who once served as the Executive Director of the American Museum of Fly Fishing in Manchester, it brought him great joy to witness the festival come to fruition. “The festival celebrated our tight-knit community here in Arlington and our celebrated past history of fly fishing,” notes Bill Bullock. “It also showcased the Battenkill River and its impressive network of supporting people and organizations.” 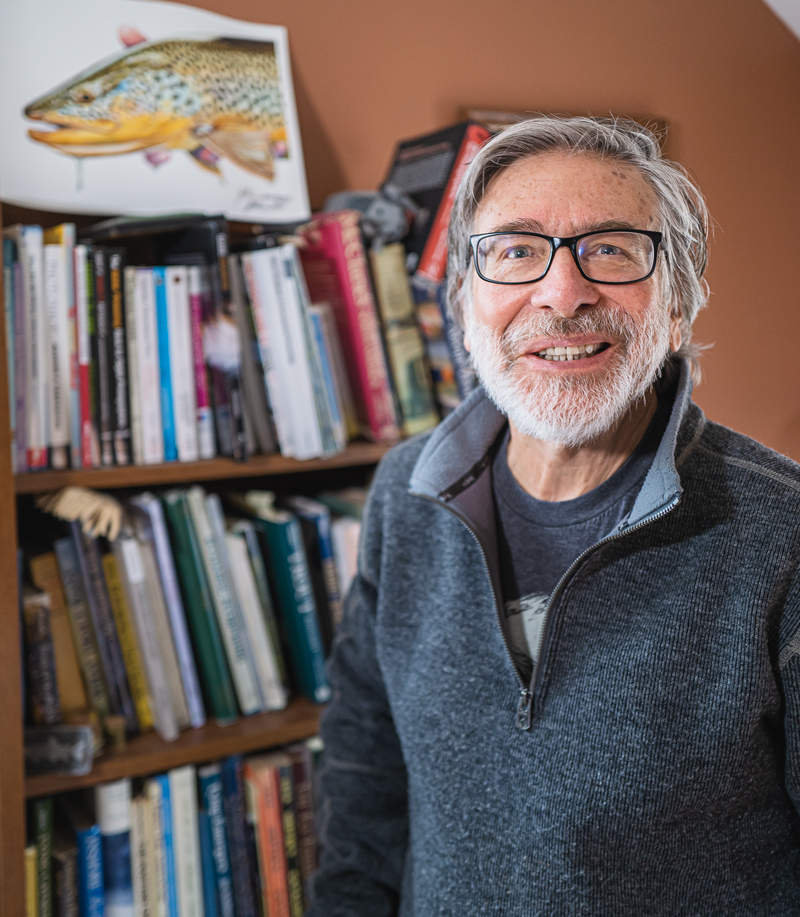 Held from April 29th through May 1st, the three-day event served as a phenomenal celebration of the Battenkill River. Guided tours of the Battenkill River were led by Trout Unlimited, and informative lectures that focused on habitat and fisheries were hosted by representatives from the Battenkill Watershed Alliance, Green Mountain National Forest, and the State of Vermont. Fly fishing workshops and seminars were led by partner groups such as Casting for Recovery and Project Healing Waters, and ORVIS’ expert fly fishing staff offered free casting instruction clinics and demonstrations to festival attendees. In addition, acclaimed author, podcast host and fly fishing enthusiast Tom Rosenbauer gave a riveting keynote presentation at the festival. Rosenbauer has deep personal ties to the Battenkill River and the Southern Vermont fly fishing community. “The Battenkill River played a critical role in the history of fly fishing, and it’s great to see the festival celebrating its legacy,” says Rosenbauer. “It’s a gorgeous river with stream-bred wild trout. It’s not the easiest to fish, but that’s what makes it so special. It provides a totally different fishing experience from any other river.” 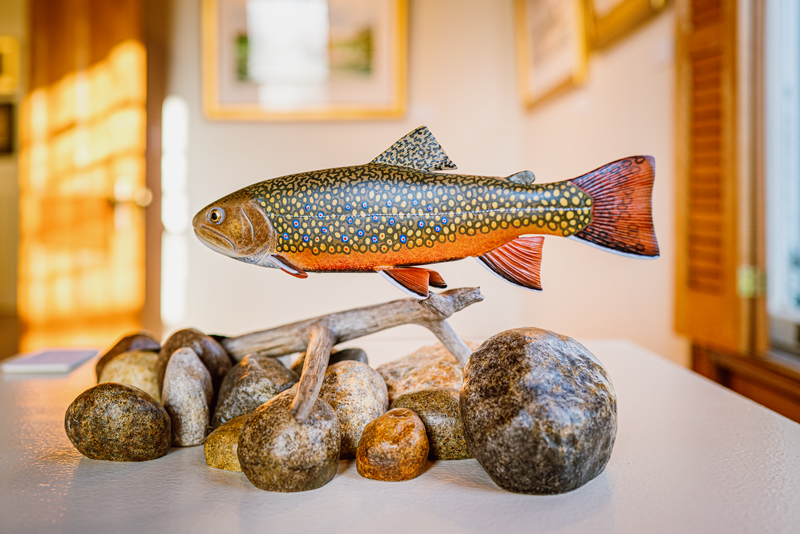 The Arlington Common also hosted several events at its campus during the Battenkill Fly Fishing Festival. An art exhibit honored the history of Arlington and the Battenkill River through a series of beautiful paintings. Back to the River: Scenes from an Angler’s Paradise featured pieces from local artists such as Galen Mercer, John Swan, CD Clarke, James Prosek, Adriano Manocchia, and George Van Hook. The church building also hosted the International Fly Fishing Film Festival. Nine films created by a diverse group of professional filmmakers were shown at the church. The festival also served as a wonderful opportunity for local businesses, hotels, brewers, and vendors to showcase their products and services to a wider audience.

Building on the success of their past events and community fundraising efforts, the Arlington Common Board is now gearing up to initialize a $3.5 million capital fundraising campaign. Once raised, the funds from the campaign will be put towards the first major phase of The Arlington Common’s development. The” “Watkins House will be fully repaired and stabilized, and its co-working rooms will be outfitted with cutting-edge technology. The Fitness Center will be extensively renovated and redesigned, high-tech fitness equipment will be added to the rooms, and an outside pickleball court will be installed. 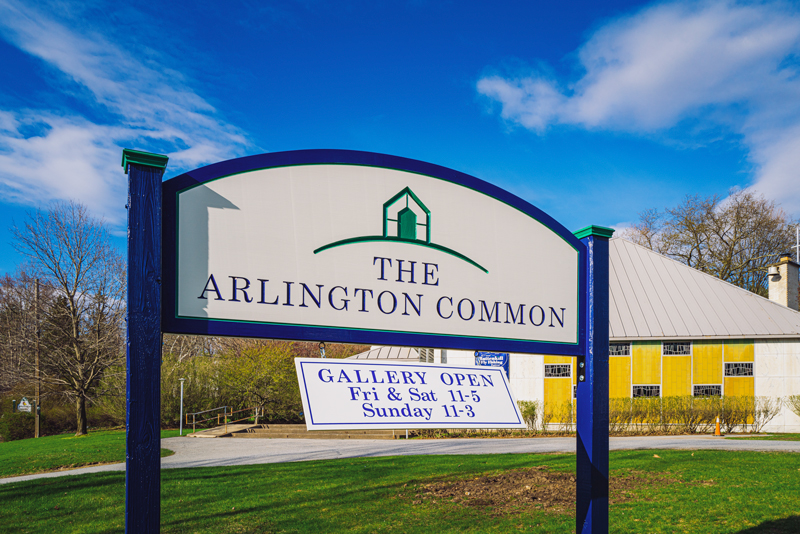 The first phase of The Arlington Common’s development campaign will also fund extensive repair and renovation work in the church building. Additional landscaping work on the driveways and walkways will streamline the experience of visitors who come to The Arlington Common, and ADA-certified ramps will ensure easy access for all local residents.

Looking toward the future, both Farley and Bullock are incredibly grateful for the support that Arlington’s community organizations and community members have provided. “The Arlington Area Renewal Project and The Arlington Select Board have been invaluable sources of support during the fundraising phase for The Arlington Common,” says Farley. “They’ve gone to great lengths to advocate for our grants and fundraising projects on a local and statewide level, and they’ve played a crucial role in helping us get to where we are today. The Arlington Common has really brought people together in amazing ways, and we’re looking forward to continuing to work with the Arlington community as we
build on our progress.”