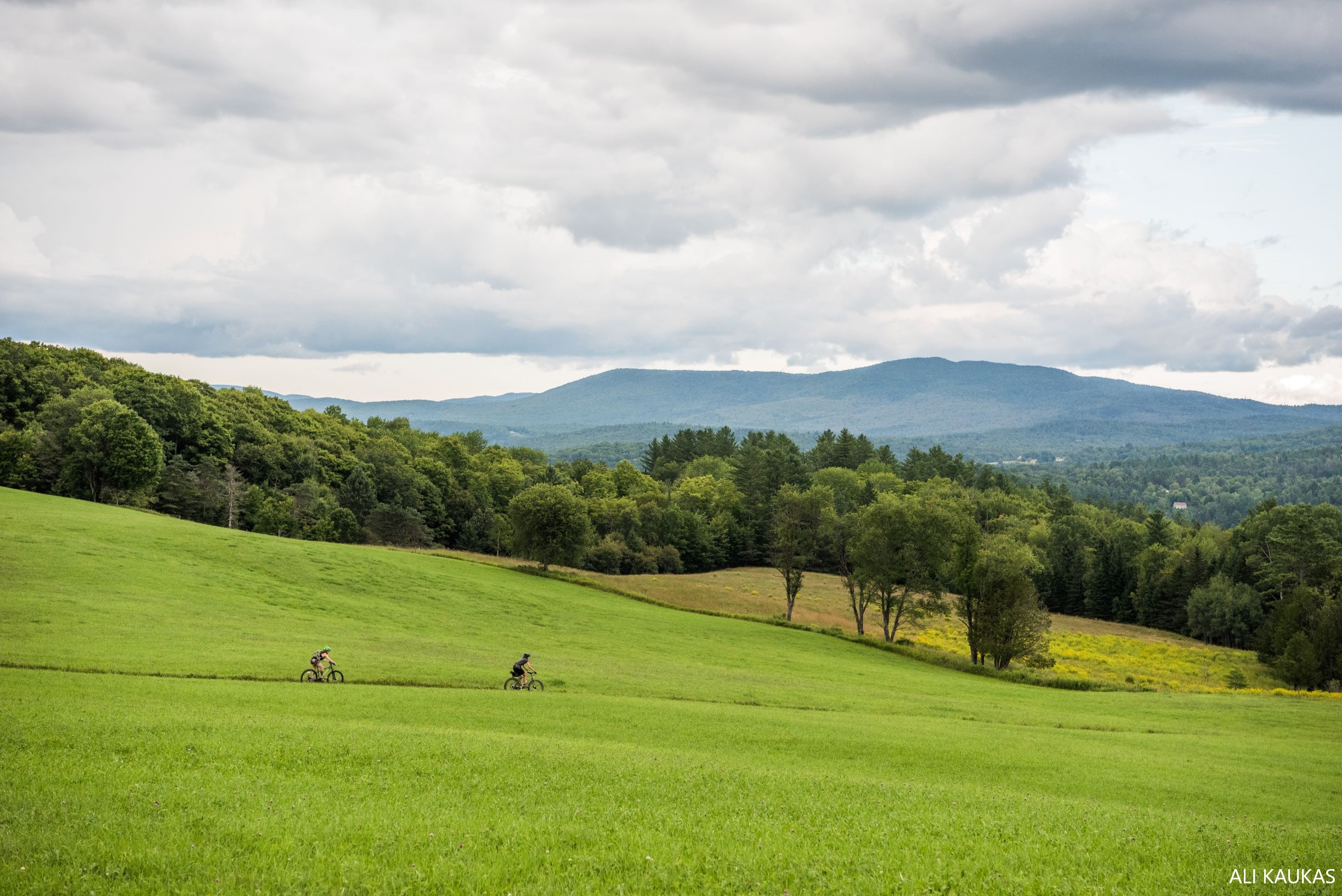 From solar-powered music festivals to educational collaborations with international climate advocacy institutions, a number of dedicated Southern Vermont community members and organizations are working tirelessly to solve some of the defining environmental issues of our time, including renewable energy and sustainable farming. Many bridge the gap between global and local grassroots efforts, paving the path toward sustainable prosperity.

Founded in 1995 in Middletown Springs, Vermont, SolarFest started as a social gathering of creatively-minded friends who were passionate about music, art, and renewable energy. The concept was simple: Bring people together to enjoy and discuss music, art, and the environment.

The first festival was originally held in a remote location where there was no available conventional source of electricity. The group decided to use solar energy to power the stage lighting and sound system. Despite the rain that year, the show ran smoothly. In that moment, the festival performers and attendees witnessed the potential power that renewable energy and artistic expression could harness to bring people together.

Since then, SolarFest has grown into a unique networking platform for environmentally-focused organizations and independent projects (of all levels of funding and influence). Local Vermont college students, environmental educators, businesses, and independent vendors flock to SolarFest, spreading awareness for their products and causes while educating festivalgoers on important environmental issues.

In addition to music performances, artistic exhibits, and theatrical productions, other highlights of SolarFest include workshops, presentations, and speeches from sustainable technology innovators and environmentally-conscious business owners. Over the years, the festival has attracted some celebrated speakers, including Senator Bernie Sanders and acclaimed author Bill McKibben. Bill McKibben is the founder of 350.org, a globally successful and influential climate-action platform.

SolarFest recently celebrated its 25th year, adapting to the challenges of COVID-19 with an online broadcast for the 2020 festival. The broadcast incorporated timely presentations and workshops on community redevelopment and natural resource restoration in an online format.

Speaking on what makes SolarFest unique from other music festivals, festival Treasurer and Trustee Mike Bailey states that “the main mission of SolarFest is to join people together through art and music – to help spread knowledge about environmentally-sustainable practices and renewable energy technology. There are many different focal points: climate change, renewable energy, regenerative food, agriculture, water protection, and economic justice. What’s shared is a lot of creative thinking around various different issues. It’s really about motivating change for a better future.” 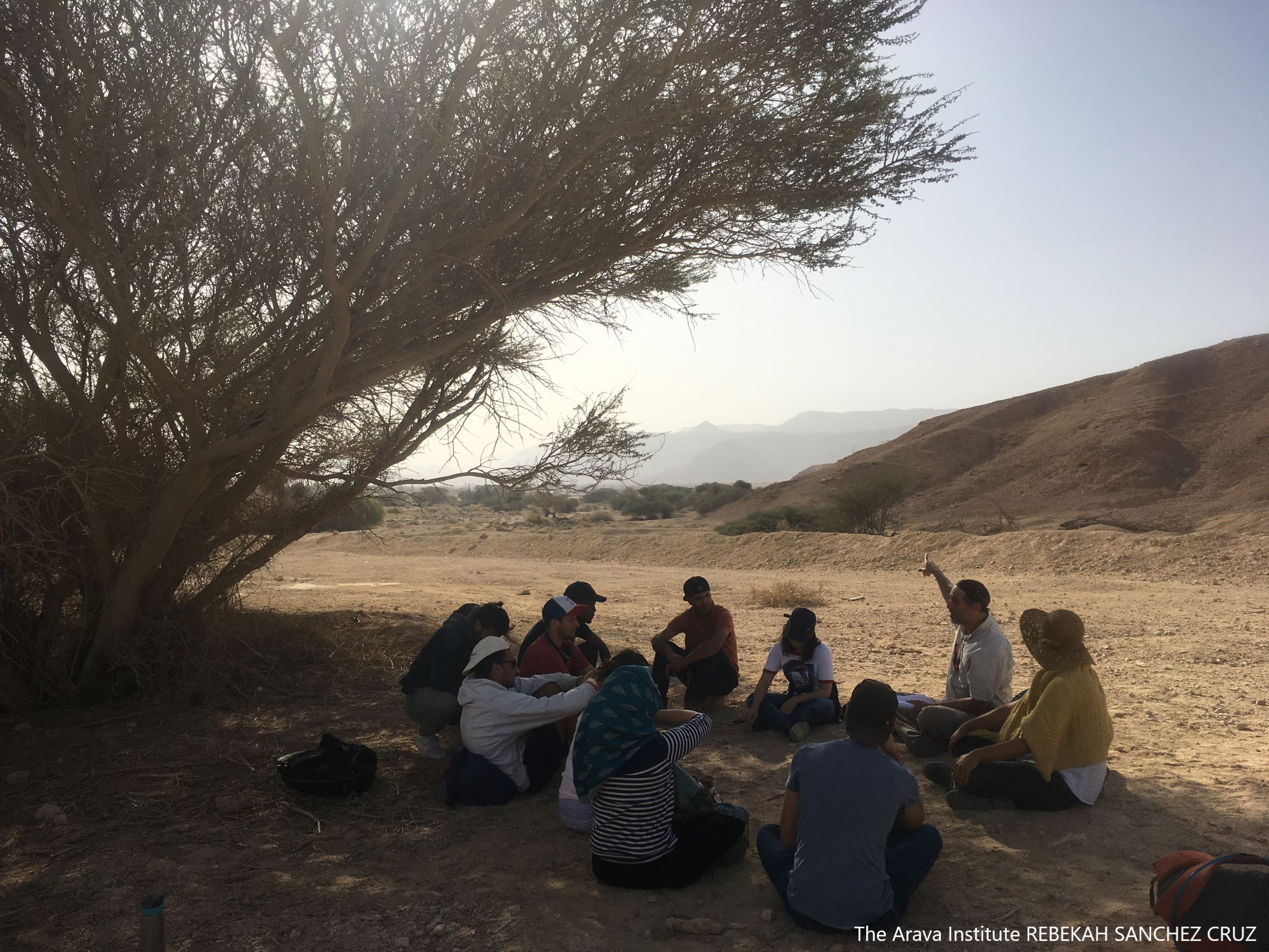 While SolarFest uses the power of music and art to spread awareness about sustainable technology, The Arava Institute uses environmental justice as a platform to help bring people together to overcome cultural and political differences. Rabbi Michael Cohen splits his time between Southern Vermont and Israel, where he teaches classes at The Arava Institute.

Rabbi Cohen has been a Manchester community member for over thirty years and now serves as Rabbi Emeritus at Manchester’s Israel Congregation. He also teaches conflict resolution classes at Bennington College. At the Arava Institute, he is a member of an international academic faculty, which is comprised of climate scientists and conflict resolution experts, who help to educate future generations of environmental activists, consultants, diplomats, and advocates.

The Arava Institute brings students of different religious backgrounds, nationalities, and ethnicities together in the same classroom. By bringing them together, the Arava Institute aims to break down the cultural stigmas that prevent multi-national collaborative efforts on rapidly escalating environmental issues. Rabbi Cohen believes that working to overcome challenges related to climate change can serve as a bridge to help overcome cultural and political differences.

As climate change progresses, it will have different long-term effects in different parts of the world. According to Rabbi Cohen, in the border region that connects Israel, Jordan, and Palestine, “water scarcity is the main environmental challenge, and it’s becoming more acute with climate change. Our goal at Arava is to create a cadre of environmental leaders for the Middle East and for the world. Our students are together 24/7. They’re not always meeting about the conflict. They’re talking together. They’re hiking together. They’re sharing their religious holidays together. It begins to put a face on the “other” – and humanize the “other”. When you learn to trust somebody, even when there are fundamentally vast differences, you can still figure out how to work together. When we look at it from a geopolitical perspective, we see lines and borders, walls, and divisions. When we look at the exact same piece of real estate from the perspective of the natural environment, all of those differences are wiped away.”

Rabbi Cohen goes out of his way to spread the word about The Arava Institute in Vermont, offering support to local students from Vermont schools, colleges, and universities who apply to Arava’s environmental education program.

He has created a beautiful opportunity for Vermont students to make a difference on a global scale. Alumni of the Arava Institute include students from University of Vermont, Middlebury College, Green Mountain College, and Bennington College, as well as 4 students from Burr & Burton Academy in Manchester, Vermont. Thanks to Rabbi Cohen’s tireless recruitment efforts in Vermont, University of Vermont has sent more students to The Arava Institute than any other university in the United States.

Rabbi Cohen also brings Arava alumni back to Burr & Burton Academy, where they teach conflict resolution classes and share stories of their experiences at the Arava Institute. By bringing the Arava alumni to Vermont, Rabbi Cohen has created a full circle of international education, in which Arava graduates bring the lessons they learned from the program in Israel to the Vermont community where Rabbi Cohen’s congregation is based. 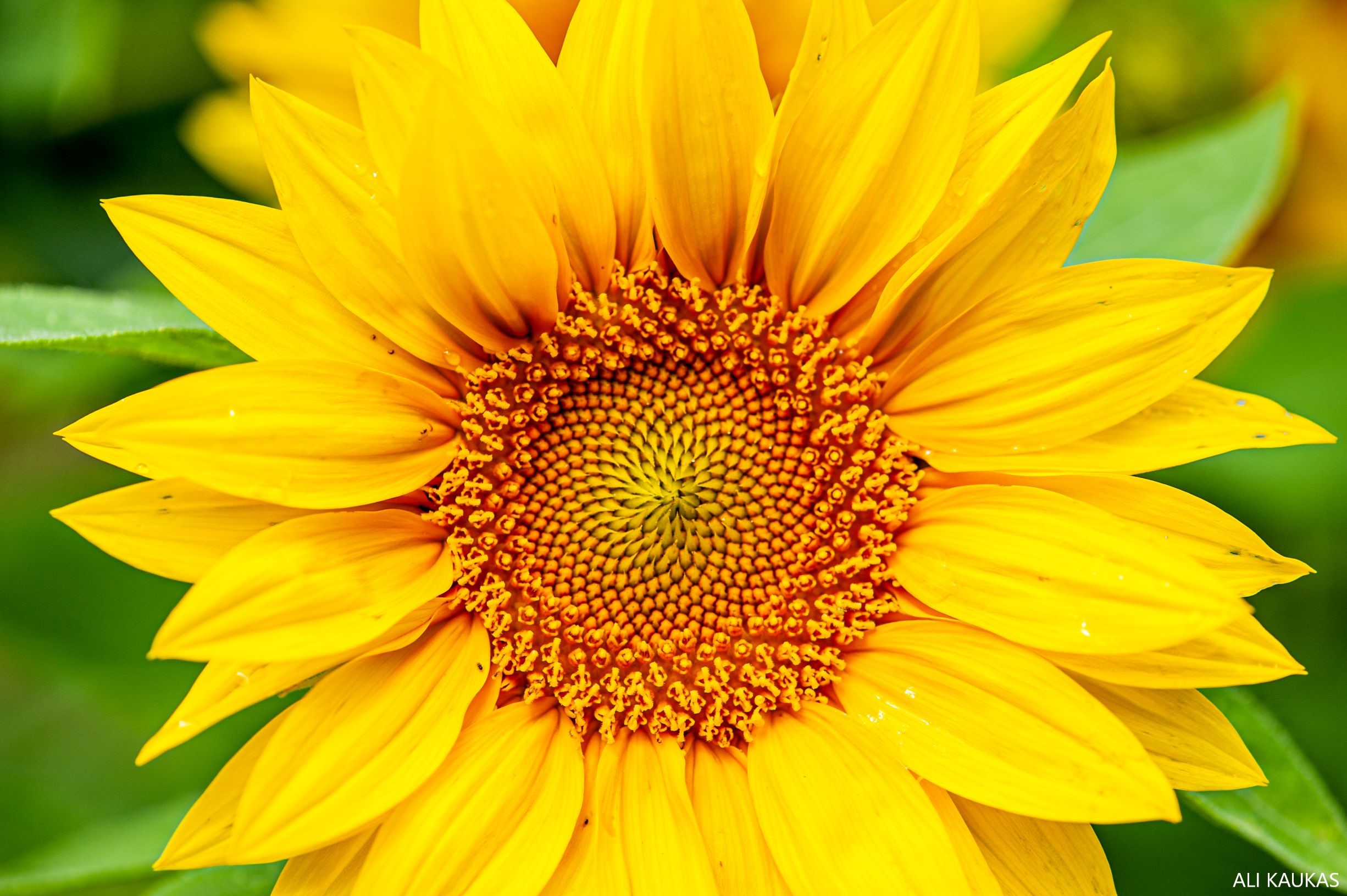 Vermonters for a Clean Environment

While the Arava Institute helps to affect positive change on a global scale by teaching future generations of Vermonters about cross-cultural environmentalist collaboration, Vermonters for a Clean Environment helps Vermont residents make a similarly positive difference on a local scale by advocating for sustainable business development in their own communities. 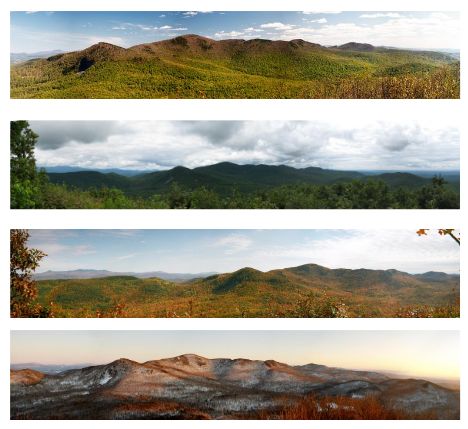 Winter, Spring, Summer & Fall photos of the same Vermont land. All of the mountains shown were proposed for industrial wind turbines, now mostly conserved and state-owned, because of VCE’s efforts.

Vermonters for a Clean Environment (VCE) is a grassroots citizen-based organization that works to protect Vermont’s environment by encouraging environmentally sustainable economic development. By advocating for the development of businesses that make a minimal environmental impact, VCE aims to preserve Vermont’s natural beauty and ecology. VCE was founded in 1999 in Southwestern Vermont when a billion-dollar fossil fuel pipeline and power plant project was proposed. VCE helped a dozen Vermont towns unite through community organization efforts to vote to stop the pipeline. After the pipeline was defeated, VCE went on to work with Vermonters in communities all across the state to stop environmentally-inappropriate developments. They also worked towards improving groundwater protection laws in order to ensure that Vermont’s citizens would continue to have a voice in regards to the drinking water disinfection chemicals used in their community water systems.

Whenever possible, VCE prefers to solve problems by working with businesses in a collaborative, community-based stakeholder process. For example, after spending more than a year working with VCE and local community members, Omya, Inc. changed its mineral processing operations in Florence, Vermont to better address air, water and noise pollution issues. J.P. Carrara & Sons worked in a collaborative process with residents of East Middlebury to address the company’s proposal to expand its gravel extraction operation. Most recently, Agrimark/Cabot Cheese sat down at the table with a stakeholder group including VCE to try to find sustainable solutions to improve the company’s disposal procedure for the 100,000 gallons a day of wash water resulting from the cheese-making process.

As a result of VCE’s continual efforts, numerous Vermonters have volunteered to serve on planning commissions and run for select board or higher office. Thousands of acres in Vermont have been conserved thanks to VCE, and their tireless advocacy work continues to give Vermonters a voice on the environmental justice issues that matter most in their communities. 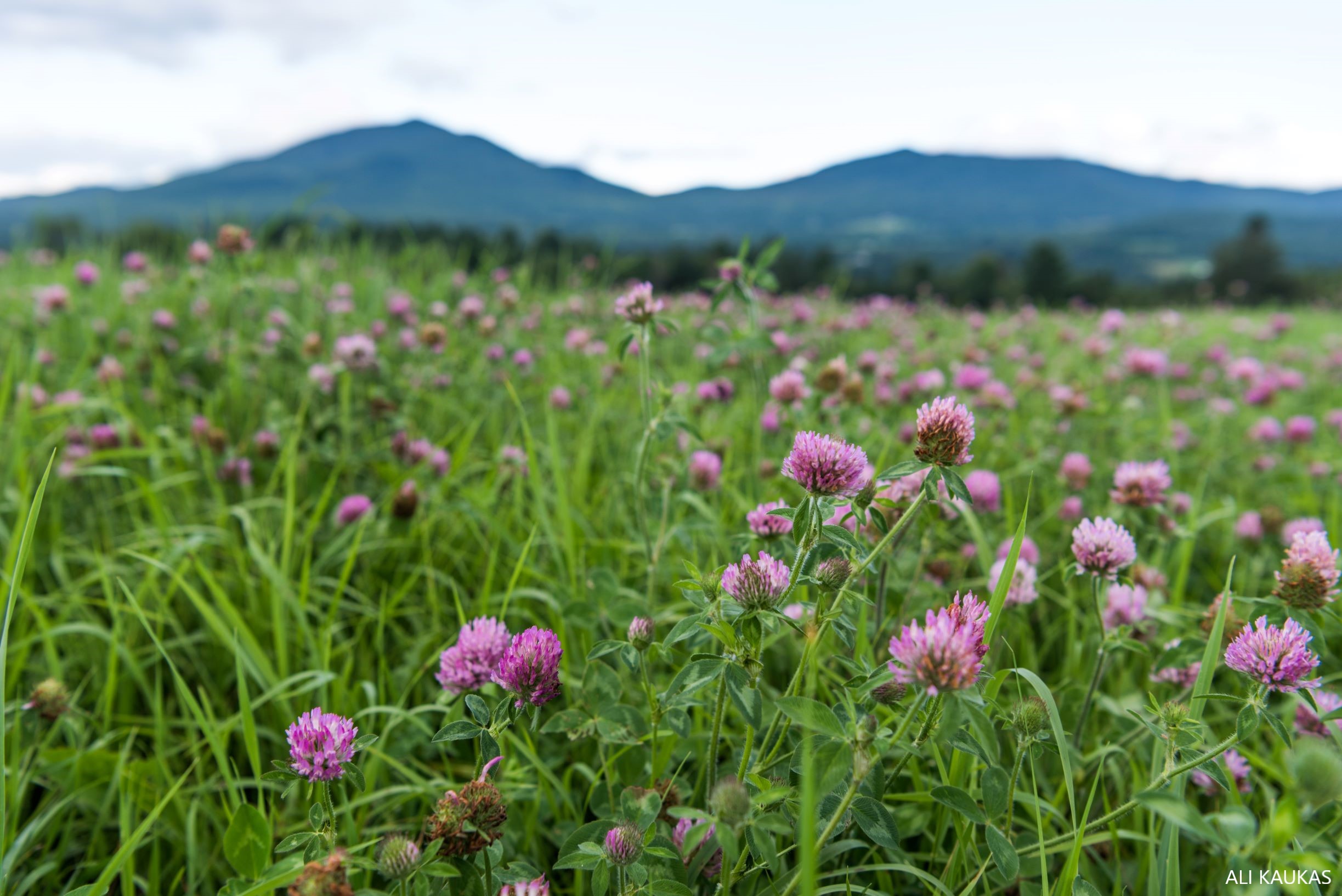 World-renowned climate change consultant and Manchester, Vermont resident Edward Cameron is also a firm believer in the importance of local environmental advocacy efforts. Cameron was the keynote speaker for SolarFest in 2019, where he spoke candidly about the pressing need for immediate action in the fight against climate change.

Cameron has over 20 years of experience working as a climate change consultant, advocate, and strategist. He has worked as a Climate Change Advisor to the Government of the Maldives, a Social Development Consultant at The World Bank, and has led the International Climate Initiative at the World Resources Institute in Washington, DC. From 2013 to 2018, Cameron worked as a Managing Director and Senior Advisor at BSR, a global nonprofit that works with a network of 250 member companies to develop sustainable business strategies and solutions through consulting, research, and cross-sector collaboration. Cameron currently works advising companies, governments, international organizations, and philanthropies on emissions reductions and climate resilience.

Cameron’s work has helped shape and affect public policy in regards to climate change on an international scale, but he still takes the time to speak at public events in Southern Vermont, helping the local community better understand how their actions make a global impact in the
fight against climate change. In addition to SolarFest, Cameron spoke at over 40 events in New England over the last two years. He taught a 6-week training course on professionalizing climate advocacy to a group of 40 Southern Vermont community participants. Cameron believes that the best way to effect change through environmental advocacy is to connect with people by showing them the ways that climate change will affect their lives on a personal level. 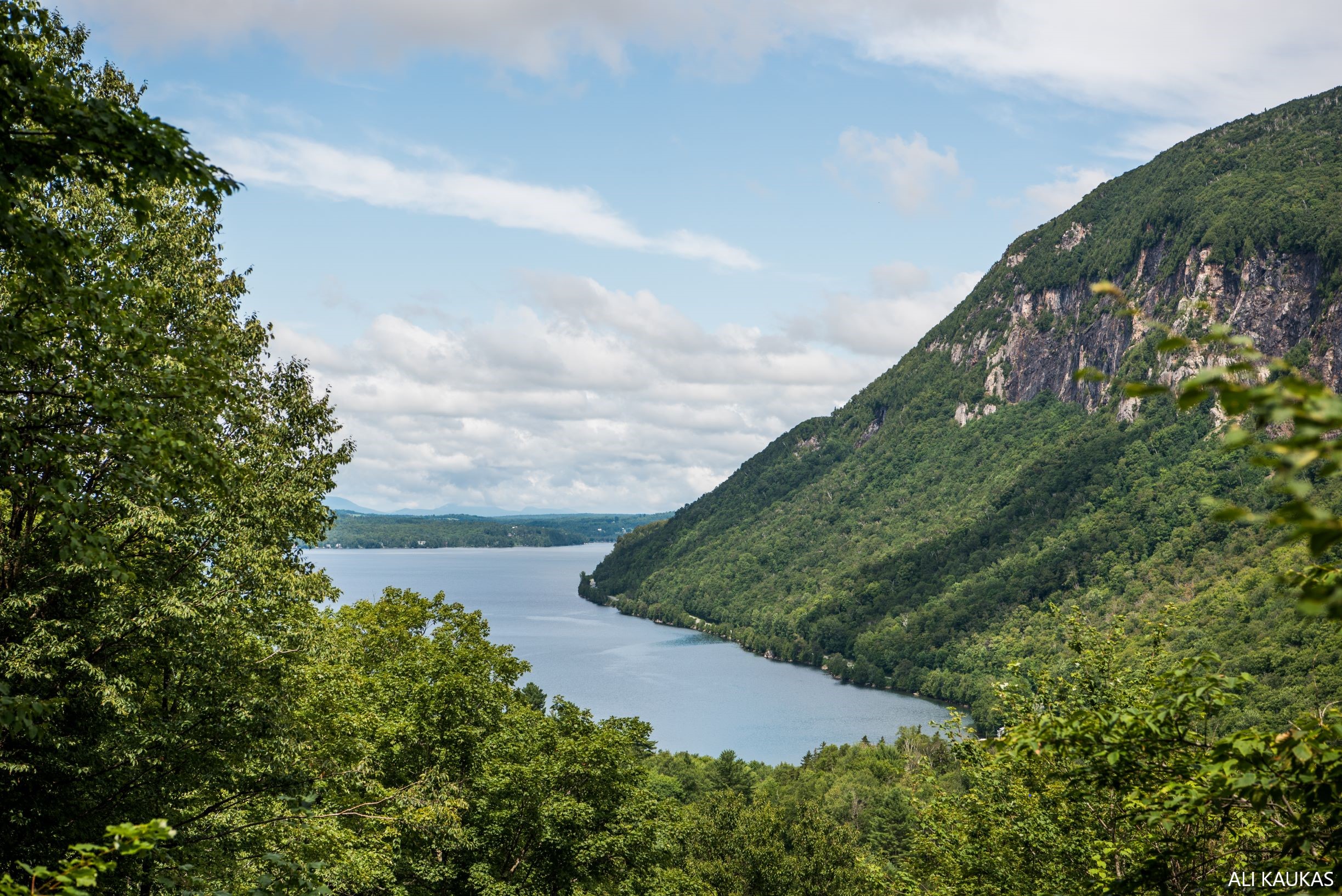 Cameron says that once he “started learning about the science behind climate change, what really sparked [his] interest was not really the effect on polar bears and ice caps. It was really more the understanding of how climate would affect human systems, what it would mean for people’s jobs, and what it would mean for attempts to eradicate poverty. It’s important from a diagnostic standpoint to understand how the climate affects us. Many people will never see a polar bear. Many people will never get to visit the Arctic. But if we can persuade them that climate change does affect their income and can be the difference between them having a job or not having one, I think we’re more inclined to persuade people who have not previously been persuaded.”

Cameron believes that there are many important obstacles that need to be overcome on local and international levels. As the climate change battle continues, he remains diligently focused, offering insight on a number of positive local developments here in Vermont today. Cameron praises the “wonderful activity going on around regenerative agriculture” in Vermont, as well as positive-action focused on “the elimination of single-use plastics.” He is happy to see “members of the Vermont community [being] active in asking local schools, churches, and businesses to divest from their investments in fossil fuel companies” and sees “a lot of advocacy in this particular Southern Vermont community trying to persuade lawmakers in Montpelier to put in place a Global Warming solutions bill, led by the local representatives here.”

By speaking out about climate change action on both international committees and local stages here in Vermont, Cameron has set a sterling example for environmental advocates all around the world. He has demonstrated his impassioned commitment to environmental advocacy with actions that affect positive change on both an international and community level. The tireless work of environmental firebrands such as Cameron has inspired many local Vermont residents to take crucial steps towards positive progress. Due to their hard-fought community education efforts, the “think globally, act locally” philosophy is alive and well in Southern Vermont today. Their approaches may differ, but by working towards the collective goal of an environmentally- sustainable future, they are taking bold action to make sure that the Green Mountain State remains green for generations to come.