Stratton-area emergency responders join forces to help their communities, while sounding the alarm to recruit the next generation of local heroes. 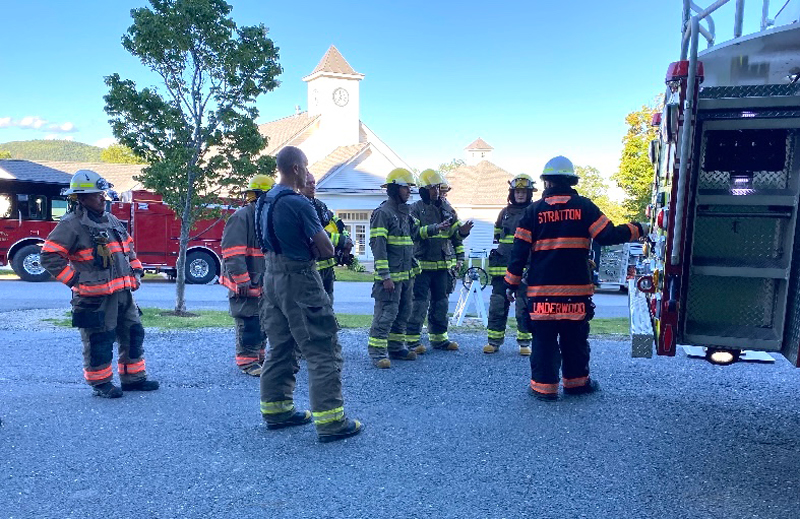 In 1968, a group of determined homeowners in the Town of Stratton, discouraged by a slew of recent fires, started their own fire department: the Stratton Mountain Volunteer Fire Company (SMVFC). Their first rig was a 1957 Chevy pick-up truck outfitted with a portable pump and some forestry equipment. 54 years later, the SMVFC is operating with updated facilities and equipment, working tirelessly to keep the Town of Stratton, the Stratton Mountain Resort, and its neighboring communities safe. A critical component of their work involves a mutual aid agreement—a network of local fire departments and rescue squads sharing resources to ensure that every call is answered quickly and with the necessary equipment. Southwestern New Hampshire, Fire Mutual Aid in Keene, NH serves as the main dispatcher for approximately 100 departments in Vermont and New Hampshire. The Winhall Fire Department (WFD) and the SMVFC are two of the Stratton-area units, and when a local emergency arises, both generally respond. SMVFC Chief Matt Underwood and WFD Chief Steve Avison agree that mutual aid is essential to helping their communities.

Equally essential are volunteers, who are counted on to respond to an alarm when they’re in town, allowed to leave work, and feeling physically capable. SMVFC operates with 17 volunteers, or “members”, and WFD with 20, including women and junior members aged 11-18. “Ideally, we’d love to get 8-12 members for each call,” states WFD First Assistant Chief Ron Stark, and they are working toward reaching that goal. “I don’t know the ideal number,” says Underwood, referring to the total number of members for his department. “You can never have enough.” He confirmed that two of the biggest challenges are recruitment and retention, and pointed out that in many volunteer organizations, there’s typically a core group doing most of the work. A department’s chiefs tend to make up that core group, and at least one of them needs to be available to manage a site, making them on call 24-7. “It doesn’t matter if it’s a holiday or a birthday. You gotta go, you go,” says Underwood.

Local departments respond to every type of emergency, including structure fires with or without “entrapment” (people trapped inside), carbon monoxide leaks, fallen trees, lost hikers, plane crashes, and more. “You name it, we get called to it,” says Stark. Winhall Second Assistant Chief Herb Hewes adds, “There’s a lot of stuff people don’t realize that we do.” In Winhall this year, there have been 15 carbon monoxide calls and 16 structure fires, but most have been vehicle accidents—trucks turning over, crashes due to driver impairment or using a phone, and weather-related incidents. And false alarms, of course.

Firefighting does not only involve running into burning buildings. “I can put just about anybody to work. It doesn’t have to be at a fire scene. We need people for accountability, fundraising, maintenance… there’s always something somebody can do,” asserts Underwood. “I can put anyone to work,” echoes Avison. Directing traffic, running hose, and holding ladders are examples of emergency site tasks, while administrative work, cleaning, and grant-writing are examples of help that can be given at any time. Membership requires basic first aid and CPR training, as well as 24 hours of firefighter training annually to maintain state certification. Being a Chief officer requires a lot of time keeping up with the day-to-day operational paperwork and training of members. Residency in the town one serves is not required. For those who want to help, but can’t become members, donations are always welcome.

Though members can get a small stipend, they have to make their living in other ways. Many have full-time jobs or are self-employed, and some are retired. So, why do they do it? In part, because it’s in their blood. Underwood was born and raised in Stratton and grew up in the fire department, where his dad served as chief for 16 of his 40 years of service. He has now been chief for 16 years himself and started learning the ropes when he was 8. Avison, inspired by his grandfather’s heroics as a firefighter in Australia, started fixing and running fire trucks when he was 10 and has now served Winhall for 50 years. His daughter is also a current member. Stark’s father and brother are both firefighters, and Hewes’ son has volunteered in Winhall. But the main reason they’ve committed their lives to this dangerous yet rewarding work? “We do it to help people,” sums up Avison. “If there’s an entrapment, all of us would not think twice about going in and getting someone.” It’s a call of duty within one’s heart. “You’ve gotta love it to do it,” declares Stark.

Thanksgiving kickstarts the holiday season, ushering in a time to be grateful, and the chiefs have all expressed gratitude toward their communities. “The Resort does a ton for us, and the Town is great about providing us funding. It’s definitely appreciated,” says Underwood. Both departments can cite examples of local restaurants and grocery stores offering food, drink, and encouragement during and after an emergency. “We couldn’t do this without community support,” shares Stark. Hewes acknowledges his deeply valued fellow volunteers: “We’ve got a great company here that supports us.” Residents of Stratton, Winhall, and the surrounding mountain communities can be equally thankful for their first responders as they gather this season, knowing that if an emergency arose, any of them would leave their own families and jump to the rescue without hesitation. That kind of dedication, courage, and heart merits sincere gratitude. 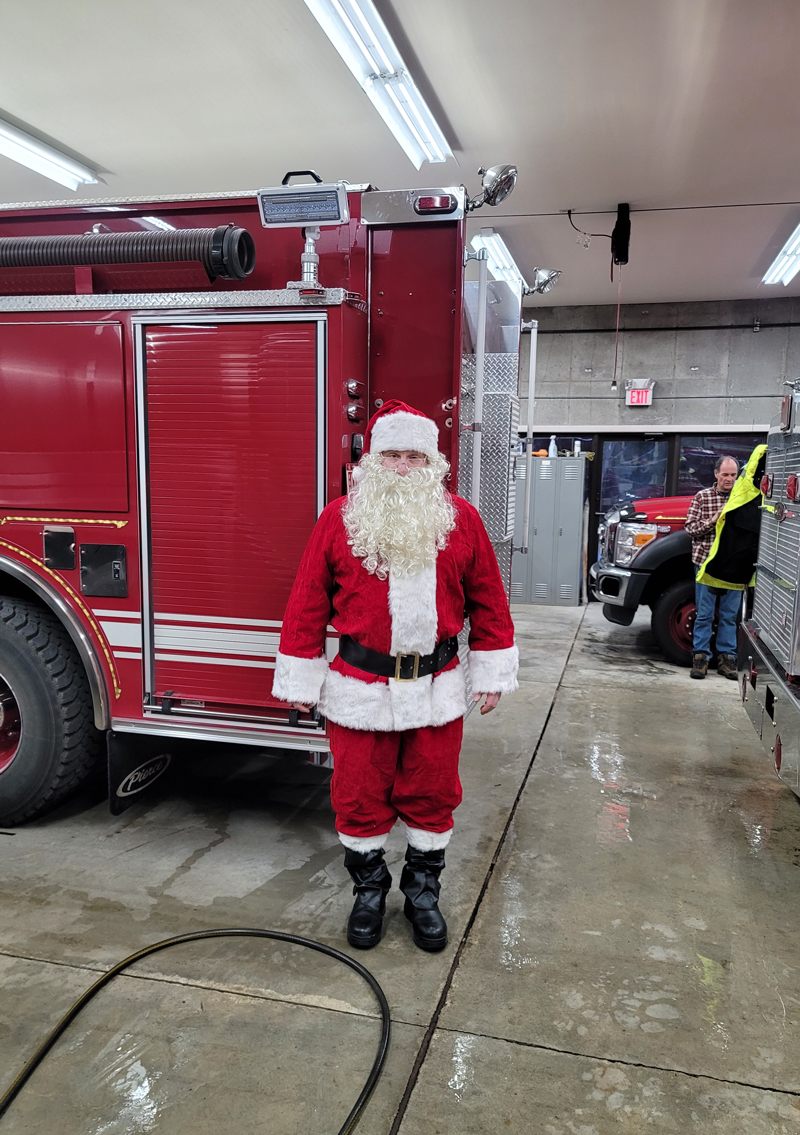 Santa (AKA: First Assistant Chief Ron Stark) getting ready for a holiday parade in Winhall