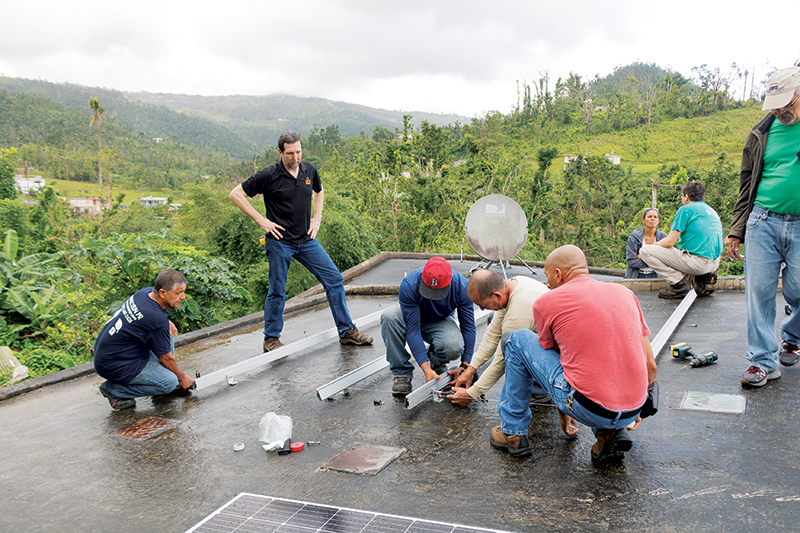 At first, the electricians in Barrio San Salvador de Caguas, a village of approximately 3,000 people in Puerto Rico, didn’t understand what Vermonters Bill Laberge and Eric Hangen were up to when they switched off all the electrical breakers in Maria Garcia Carrion’s house, as there was no power to begin with. It was March 2018, and they had spent the day installing solar panels on the concrete roof of Maria’s house and connecting batteries. She is the grandmother of Heidie Hangen, a customer of Grassroots Solar, Laberge’s company on Route 30 in Dorset, Vermont. Through Heidie, Eric Hangen’s wife, they decided to help Maria. Like hundreds of thousands of people in Puerto Rico, she’d been buying cans of fuel to run a small generator day and night since Wednesday, September 20, 2017, when a Category 4 hurricane, also called Maria, destroyed the entire power grid on the island. Controlled by the Puerto Rico Electric Power Authority (PREPA), the grid was an antiquated, poorly maintained system, according to many.

The night before the two men were scheduled to do the installation at Maria’s house, there was a community meeting at which Laberge and Hangen talked about solar power. Currently a resident of Danby, Vermont, Hangen is a well-known Latin jazz musician and was once the senior planning advisor for the city of Caguas, Puerto Rico, where, among other things, he coordinated downtown and neighborhood revitalization plans, in addition to creating three nonprofit organizations. San Salvador is a neighborhood, a barrio, on the outskirts of Caguas. Presentations like this one, providing leadership and putting forth ideas to help communities, were not new to him.

“After the hurricane, these people had been told there would be no power to their barrio for six months, and they were just about to be told by the government that they would have to wait another 12 months,” Laberge says. “Everyone was sitting around a large table. There were three light bulbs over our heads, running off a generator. Everyone was saying, ‘Those are our electric bills, but it has been months and we still have no power, so what can we do now? How do we change this?’” Laberge says every community on the island was having the same discussion. 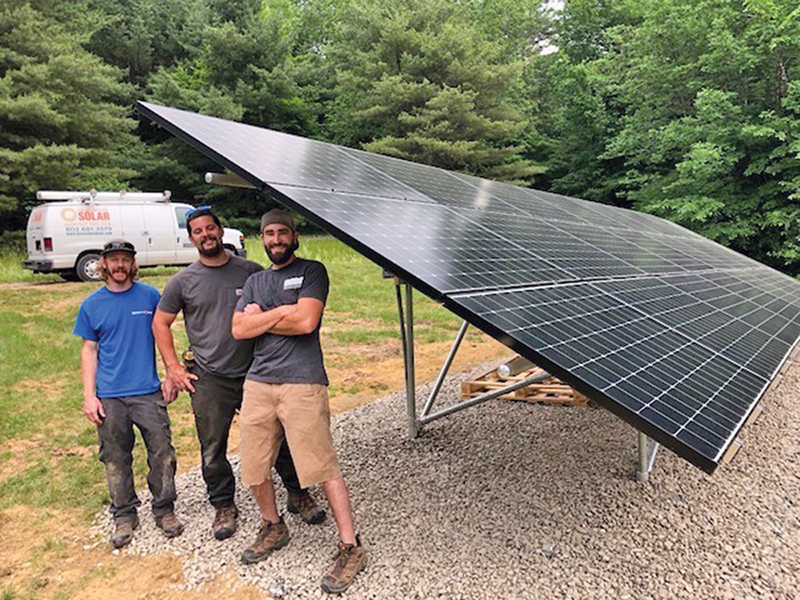 Hangen explained the basics of how solar-powered kits for houses work and how microgrids work, and he talked about options for possible financing for both. Laberge says, “They were kind enough to let me speak, and I said ‘You are doing exactly what you are supposed to be doing…trying to figure out new energy solutions together, as a community.’ I invited everyone to come up to Maria’s the next day and watch us do the installation.” Indeed, many people came that next morning; there were several electricians there, and, Laberge says that one of the women, the town council’s chair, “took copious notes.”

Laberge and Hangen, with a hand from the electricians, some of whom dashed back to their workshops to get a few of the minor parts that were still needed, such as conduits and some wiring, completed the installation at Maria’s house, fully in accordance with the U.S. National Electrical Code, in one day. “As I switched the breakers on again, now connected to the batteries that had been charged by solar panels, the lights started coming on, then the ceiling fan began to turn, then Maria’s refrigerator began to run, and everyone started clapping,” says Laberge. “At first the electricians didn’t understand how 24-volt batteries work when a house runs on 240 volts, and so I had to review one more time how an inverter makes that conversion. These workers had just seen this technology for the first time, and we had to tell them now you can go and talk to your customers around San Salvador. You can tell them this is something you will know how to install for them.”

By the end of that day, an idea had taken shape: teaching the electrical contractors and builders of Puerto Rico how to install and maintain individual solar systems and microgrids will create jobs and will be one small step in giving the islanders a more sustainable and stable source of energy for their homes, schools, hospitals, and businesses. It will require them to get professional solar certification, and that takes funding so that they can afford the training. To Laberge and Hangen the next step was obvious—start a nonprofit that will support the teaching effort and help provide low-cost materials for solar systems. Maria Garcia Carrion’s house had become their pilot project, opening a door to ways to making the whole barrio energy self-sufficient. According to Laberge, the first thing Maria did once the lights came on from her new solar system was call up PREPA to say “don’t bother coming back to connect my house.”

The project, named Ponte Pilas, works in conjunction with a fiscal sponsor called NeighborWorks of Western Vermont, a 501(c)3 nonprofit organization based in Rutland, Vermont that, in addition to community revitalization and development, promotes and finances renewable energy and energy efficiency in the state, and now in Puerto Rico, too. Ponte Pilas is helping coordinate deliveries of panels and batteries to local contractors, as well as expanding opportunities for installers to obtain training and achieve certification. The community discussions in San Salvador are ongoing as to how to involve everyone in the area in the Ponte Pilas Project, as well as to attract solid investors.

Ponte pilas is a Spanish idiomatic expression used in Puerto Rico, roughly meaning “pick yourself up and move forward” or “energize yourself and get it done.” Literally, however, the expression translates to “put on your batteries.” It is a reverse play on words in two ways. First, it refers to the grassroots efforts that Puerto Ricans have been making to recover from the storm, and second, it is a way of summarizing how solar power plus batteries enable people to free themselves from having to rely on a central power supply. 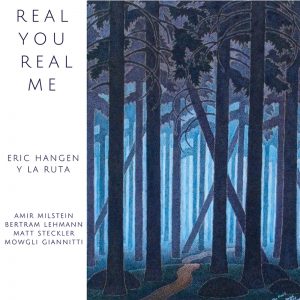 One way for everyone to “invest” in the Ponte Pilas Project and spend an enjoyable evening is to listen to some excellent Latin jazz. Watch for upcoming fundraising concerts throughout the region featuring Eric Hangen and the band, La Ruta. Or purchase his latest CD Real You Real Me—proceeds will also benefit the Puerto Rico project. For more information, facebook.com/EricHangenYLaRuta.