Joshua Sherman: Hi, Ben! Welcome to Old Mill Road. Let’s start with the basics. Where did you grow up?

Ben Cadwallader: I grew up in South Burlington, Vermont. 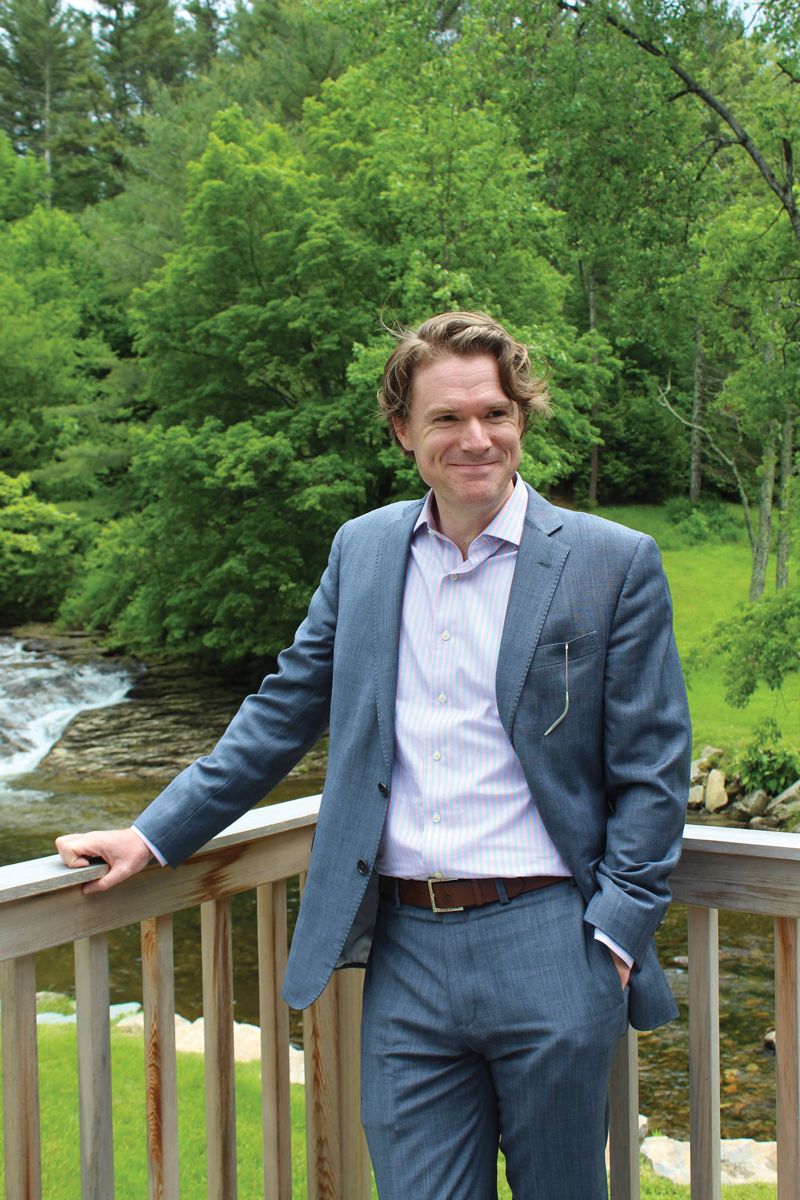 Sherman: And where did you study and work before joining the Vermont Symphony Orchestra [VSO] in 2015?

Cadwallader: I have an undergraduate degree in music performance, with a focus in oboe from The Mannes College of Music in New York City. Later … I got a work-study program with the New York String Orchestra Seminar, which is this renowned orchestral training program in Carnegie Hall. And then, my career kind of blossomed … My next job was in … Texas with the Youth Orchestra of San Antonio, where I was hired as the operations director…. The marching band is like a religion down there, so their youth orchestra program is incredible! I was with the Los Angeles Philharmonic when the search committee for the VSO reached out to me for this job … It just felt so right to be coming back home in a very literal sense, in terms of coming back to Vermont.

Sherman: Tell me about being the executive director of the VSO. What does your job entail?

Cadwallader: Well, in the for-profit world, I would be ‘the CEO.’ Basically, the buck stops with me. That doesn’t mean I do all the work. It means that when things go well, I sometimes get credit and when things go badly, I ALWAYS get credit. But—on a day-to-day basis—I am the chief fundraising officer. So I have to raise a lot of money, which is something that, actually, I love to do. I don’t see it as asking people for money. I see it as connecting interests … I’m passionate about this work. I care so much about this art form. And what I love to do is share that passion—that interest—with other people…. I’m so proud of our musicians, our education team, the administrative staff, and I want to do everything I can to showcase the incredible work that they do and get
as many eyes and ears connected to us as possible because, of course, it’s beautiful. We all need more beauty in our lives. But also, [music] can change lives, like it has for me. And like it does for a lot of the young musicians that we work with. Like it does for a lot of our audience members. And the more people I can bring into our network, the better it is for all of us, and the more satisfying and exciting and engaging it is for our musicians. And the more motivated our staff and our board will become. We have this can-do, optimistic attitude at our organization. And we believe that the same creativity that we expect from our musicians and our guest artists, we have to mirror in how we run our business and how we make decisions. And that’s all the way from baton to bookkeeper. We have an amazing team, and I don’t thank them enough for the hard work that they do. It’s a wonderful job. I feel very, very lucky to sit where I am. 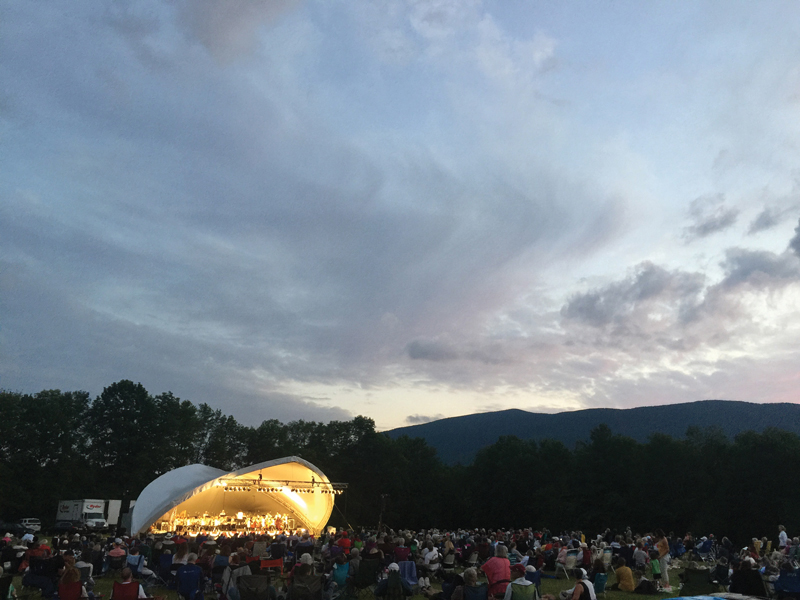 Sherman: Tell us about the history of the VSO.

Cadwallader: So, we actually have a really fascinating story. So 1934 is the year of our founding. And it was actually the World’s Fair in New York in 1939 that was the impetus for founding the VSO. The state legislature appropriated $1,000 for the formation and sustenance of the VSO, specifically to send a delegation of VSO musicians to the World’s Fair. So that’s how the VSO was founded. And what I think is fascinating is the reason that the state decided it was important to send that delegation was because—at that time—Vermont’s reputation was kind of ‘backwater. Bunch of farmers in the woods. Rural. There’s no culture. No kind of city life’…. And the legislature had the wisdom to say, ‘Actually, you know, let’s go to the biggest stage in the world and show people how wrong they are. Yeah, we do have farms in Vermont, but Vermont’s much more than just dairy cows and sheep.’

Sherman: So, the VSO was really created as a promotional tool for the state of Vermont.

Cadwallader: And there are articles from that time in Vanity Fair that express surprise and delight by the fact that there was this delegation of musicians from Vermont. And they were farmers and they were lawyers and they were doctors and they were mechanics…. And that was around the time we were part of this shift in the perception that Vermont could be this incredible place to get back in touch with nature. Remember that Back-to-the-Land movement? Get back in touch with nature without sacrificing the comforts of art and music and beauty. The fact that we were part of that—in the beginning—I think, is really quite special and the legislature at the time had the wisdom to give that appropriation; $1,000 was a lot of money in 1934.

Sherman: It was the middle of the Depression.

Cadwallader: Yeah! So another remarkable thing is that every year since then, the state legislature has continued to offer an annual appropriation for the VSO. We are the oldest state-assisted orchestra in the United States. And that’s something we’re really proud of. That’s a key part of our identity. In the years since, the orchestra has very much evolved into a professional orchestra. This is no longer a local ‘pickup group’ with amateur musicians. These are professional musicians—mostly from Vermont—and from the Northeast, as well. And the orchestra plays at an incredibly high level. There’s a weekly radio show on VPR on Wednesday evenings, and you can hear the professional musicians of the VSO every weeknight at 8:00. And, of course, we have concerts all over the state, as well. Knowing that the playing ability—the artistry of our musicians—is so high … that’s a huge asset for this organization, particularly as we think about how we evolve into our centennial year, 2034, which is going to be here before we know it, and you only really get one shot at a centennial.

Sherman: What are some of your goals for the VSO between now and the centennial in 2034?

Cadwallader: Well, one of the many things I love about Vermont, is that we have such a strong identity. Vermonters are so incredibly proud of this state. And we have an international reputation for things like natural beauty, maple syrup, cheese, things like this. And I think the big, big picture, the goal with the VSO is that we move closer to the heart of the identity of the state. So, when people think of Vermont, sure, they’ll think about the Green Mountains. They’ll think about maple syrup. They’ll think about cheese. I want them also to think about beautiful music. That this state is a hub for some of the best music on the planet. And you’ll notice I didn’t say VSO specifically. I said music. And I would like the VSO to be a leader in bringing that reputation for world-class music closer to the heart of the state’s identity.