It was the first time I left my house to go into public after my leg was amputated. I was 23 and terrified of people seeing this new me. I wanted to stay home, but, on that day, my wife pushed me to go—we needed to go vote in an election. We went to the polls, cast our votes, and headed for the exit. A woman stopped me. 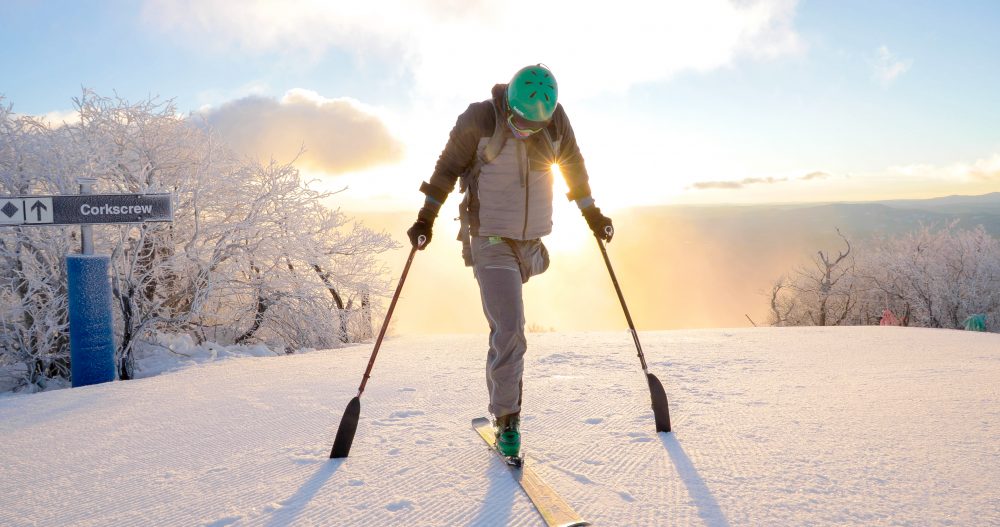 She asked me how I lost my leg. I told her cancer. She asked what kind. I answered. She was stunned. She told me her son had the same cancer 20 years ago—when he was my age with young kids. They found it in his leg and needed to amputate. I asked her if he was okay. She told me, “No.”

He was dead. When the doctors told him that they had to amputate, he told them he didn’t want to live like that. He died a year later. She looked at me and said, “You’re alive. I wish he had made your decision.”

I resented her in that moment. How dare she string the peculiarities of fate in front of my face? But I thank her now.

That night something very strange happened to me. I hadn’t slept well since my amputation, waking up suddenly in the middle of the night, gasping for air. On that night, I woke, but there was no gasp. The room was pitch black. I couldn’t move. I was completely frozen—couldn’t lift a finger. My wife lay next to me. There was a huge weight on my chest and I was consumed with fear. I tried to call out for help, but I couldn’t even whisper.

I think back to this moment and wonder what was happening? Had my spirit sunk so low, that it needed to reboot? Had that woman crashed my system? I felt like I had become prey to the world. The terror from that night still lingers in me—like it tattooed itself on some core element. And I don’t begrudge it. I try to get close to it sometimes. I’ve found its embers burn brightest at night, when I am exposed and vulnerable. When I’m alone under the black sky on the mountain—and it’s five degrees and the wind is ripping through me—the world says to me, “I could break you again at any moment—just like when you lay broken in your bed 13 years ago.” 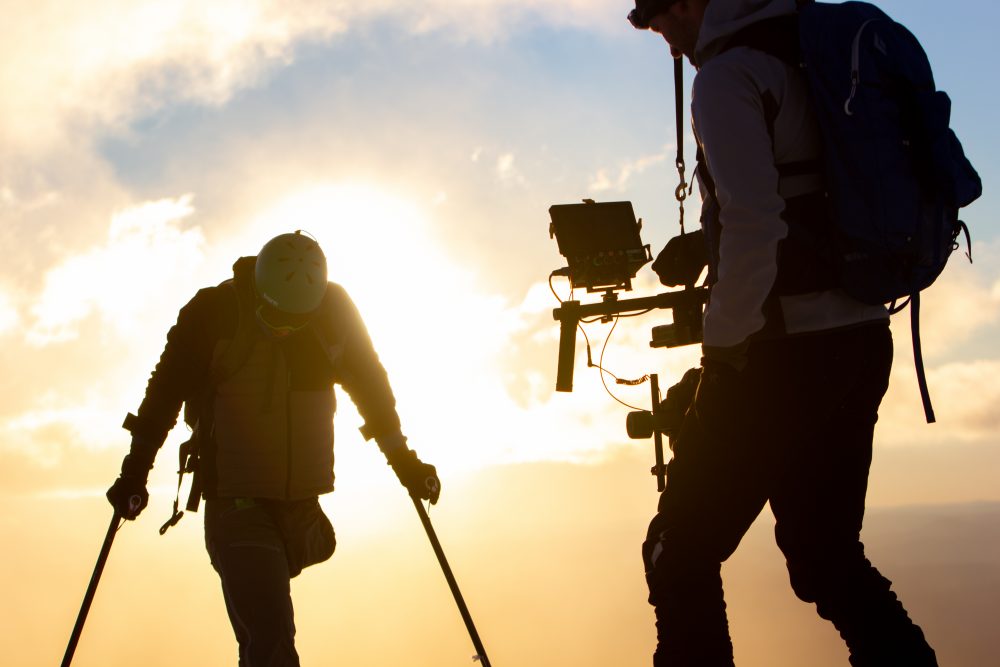 That’s it, isn’t it? That’s the stuff we need to keep us going. The wisdom that in a second, everything that we have can be taken from us, so we must ring the bells that still can ring.

I cover up my scars and plug my ears. Things go okay for a while, but then I start thinking I’m entitled to some artificial slice of happiness, and before I know it, I’m climbing a ladder to nowhere. To get down again, and find my equilibrium, it helps to remember when I was so low. It also helps to remind myself that life is relatively good if I have the luxury to ski up a goddamn mountain.

Many of us are scared to be broken. I’m a high school teacher, and I see it in the kids around me every day.

They’re conditioned by black mirrors and social media algorithms designed for “perfect offerings.” We tell them about the ills of brokenness, but not the power and wisdom in it.

I have two girls, ages 11 and 6. I wonder how best to share this life lesson with them. Can I pass it on to them? Can they know brokenness without being broken?

I think about some of the people I love the most, and the pain they endure to fend off brokenness. I think of the son of that woman at the polls, and the price he paid for not letting himself break. Maybe that brokenness was already in him but he wouldn’t let it out. Maybe it’s already in my girls. Maybe, it’s in all of us. Maybe on the 8th day, original sin and the stains on our soul was God’s greatest gift. Maybe our fall from grace is actually our salvation.

It’s okay to be broken. After all, the real power of being broken is knowing you can survive it again. And embracing it allows you to let go of the darkness inside and let in the love that has been begging to break through. As my friend Leonard says, “There’s a crack in everything…that’s how the light gets in.”

ALL THE DETAILS
Jon Wilson is a social studies teacher at
Burr and Burton Academy in
Manchester, VT. The text of this article is
courtesy of Simon Perkins.
Watch the award-winning
short film Broken by Simon Perkins
at sharptailmedia.com.