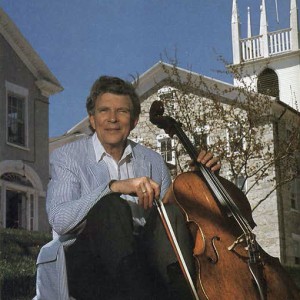 Michael Rudiakov—the force behind the Festival

The Manchester Music Festival turns 21 this summer. And, like any parent of an unpredictable adolescent, Director Michael Rudiakov is very much relieved that the difficult years of growing are apparently over. “We’ve had our share of financial and spiritual low points,” he says. “None of us knew what we were getting into in the beginning. But we have had help from many friends who have made this festival a splendid success story.”

The ability to attract friends has never been a problem for the tall, distinguished-looking Rudiakov with his delightful European accent and continental wit and charm. But back in 1981 he brought quite a bit more than cultured manners with him when he joined the Manchester Music Festival staff. A cellist who practices several hours a day—everyday—on a 1691 Grancino, Rudikov has toured worldwide as a soloist and ensemble player and recorded over 30 albums. His music studies began in his youth with his father, pianist Elihu Rudiakov, and were completed at the Manhattan School of Music where is now a faculty member. Read more…