There’s nothing quite like waking up on a beautiful Sunday morning and enjoying a refreshing beverage and some good music. Whether you’re treating yourself to breakfast in bed or savoring a scenic drive through a picturesque landscape, there’s no better way to greet the day on an upbeat high note than 102.7 WEQX’s newest specialty radio show, Jazz ‘n TÖST. Hosted by Tony Award® Winning actor and singer Christian Hoff, Jazz ‘n TÖST is broadcast every Sunday morning from 7AM to 9AM throughout Southern Vermont, Western Massachusetts, and the entire New York state Capital Region. From the moment the show kicks off, Hoff’s smooth and charismatic vocal presence provides a bold and uplifting audio experience. The mellifluent melodies and rich harmonies of his timeless jazz selections create an enchanting and vivid soundscape that is every bit as vibrant as the colors of a Southern Vermont sunrise. No matter how you choose to spend your Sunday morning, Jazz ‘n TÖST is sure to put a smile in your heart and a spring in your step. 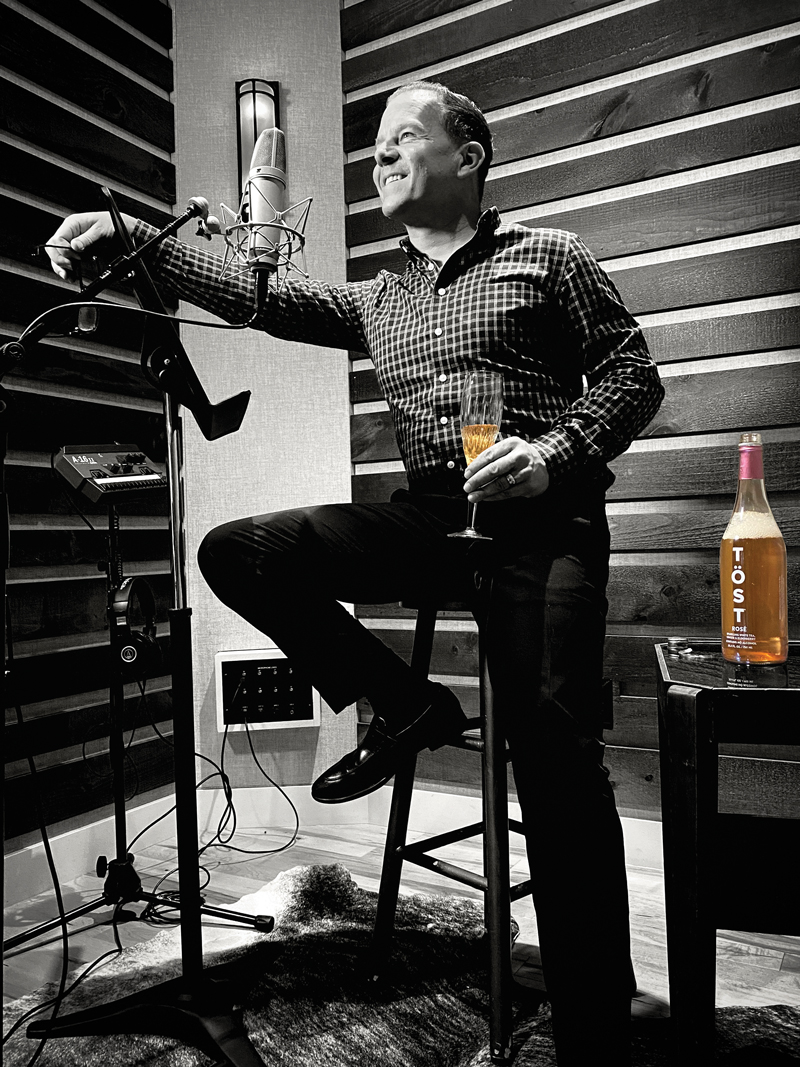 In addition to their shared love of jazz music, Sherman and Hoff both have long-standing ties to Broadway. Hoff earned his Tony Award® for “Best Featured Actor in a Musical” in 2006 for his star turn as Tommy DeVito in the original Broadway production of Jersey Boys, although he is known to many others from the Broadway musical, The Who’s Tommy, and numerous TV credits, including All My Children, ER, Law & Order, and Party of Five, among others. Sherman is an established producer who has worked on several high-profile projects with dozens of Tony Award® Winners and Broadway legends, including Judd Hirsch, Jim Dale, Sutton Foster, Hal Prince, Donna McKechnie, Dan Fogler, Beth Leavel, Judy Kaye, and Elaine Stritch. Most recently, Sherman served as the Producer for Tony® and Emmy® Award Winner Lillias White’s debut solo studio album Get Yourself Some Happy. The album was recorded at Old Mill Road Recording (the NAMM-TEC Award-Winning studio that Sherman owns and operates in East Arlington).

According to Sherman, he and Hoff first met in New York City at a National Alliance for Musical Theatre conference in 2010. “We met and became pen pals for the next decade while Christian was living in Los Angeles and touring with his group, The Midtown Men. During the pandemic, he moved back to New York City with his family. We finally managed to meet up in person after all those years, and we quickly developed a strong friendship.”

After Hoff and Sherman met up in NYC, Hoff asked to visit Sherman in Southern Vermont. When Hoff first arrived in East Arlington in August 2021, it was love at first sight. “I was overwhelmed by the beauty of Southern Vermont,” says Hoff. “From the moment that I crossed over the border from New York State into Vermont, it was like I had entered another world. During my visit, I met a number of driven and creative people who were living up here, and I started to feel a palpable sense of artistic energy. Southern Vermont has an amazing cultural history and arts community. I knew that I wanted to move my family up here, and I made the decision right then and there. I moved up to Manchester a month later, enrolled my kids in school at Manchester Elementary Middle School and Burr & Burton Academy, and I haven’t looked back since.”

Since Hoff moved to Vermont, he and Sherman have already begun working together on a series of projects, but Jazz ‘n TÖST materialized immediately.

Sherman had already built a working relationship between 102.7 WEQX and Old Mill Road Recording. “We launched CLEAN Jams on WEQX in January 2021. From the moment that I first approached WEQX’s Operations Manager Jeff Morad with the idea for that show, our relationship has been nothing but positive. It’s been a wonderful partnership between two like-minded community-driven organizations.” Months before Hoff moved up to Vermont, Sherman reached out to Morad to brainstorm about additional radio projects. “In the course of our conversation, Jeff asked me, ‘Do you like jazz?’ I said, ‘Now we’re talking!’ I got incredibly excited, because jazz and swing have always been my thing. Jeff told me that WEQX had a specialty jazz show years ago, and that they were interested in launching a new one. Jeff has an incredibly successful radio show that he hosts every Thursday and Sunday called, ‘Jam ‘n Toast’. He told me that he had always wanted to have a jazz show on Sunday mornings called, ‘Jazz ‘n Toast’ to compliment his show. He asked me if I was interested in producing it, and I immediately said, ‘Yes!’”

After Sherman’s conversation with Morad, he began working on the structure for the show and designing a logo for it. Over the course of the design process, Sherman realized there was an opportunity for even more community connectivity. “When I started writing out the words ‘Jazz ‘n Toast’ on the logo design, it occurred to me that the word ‘toast’ conjured champagne. I realized that the headquarters for TÖST, a successful Vermont-based non-alcoholic beverage company, was just down the road in Manchester. It occurred to me that if TÖST was willing to be the title sponsor of the show, we could change the name from ‘Jazz ‘n Toast’ to ‘Jazz ‘n TÖST’. I called up Jeff to ask him if he was on board with the potential name change, and he loved the idea. So, I called the CEO of TÖST, Brooks Addington…and Brooks loved the idea! It was one of those lucky moments in life in which everything aligned.”

Originally, Sherman intended to serve as the host for Jazz ‘n TÖST, but after a series of conversations with Hoff, he realized that Hoff was the perfect man for the job. “I was just about to start recording Jazz ‘n TÖST when Christian moved up here. I thought, “He’s a Tony Award® Winner who has performed on two GRAMMY® Winning, Platinum-selling cast albums. And he knows and loves jazz. Who better to host it?”

WEQX’s Operations Manager Jeff Morad shares Sherman and Hoff’s enthusiasm, “Here at WEQX, we are all about the music! Before Josh approached me, it just didn’t seem right that we didn’t have a jazz program on the air for more than a decade. When we first started discussing the idea of putting a jazz program together, I got so excited that I started dancing doing my ‘jazz hands’ dance! There isn’t a single artist we play during regular programming on WEQX that hasn’t been touched or inspired in one way or another by jazz music. Jazz originated in the African-American communities of New Orleans, and I believe everything that has followed in its footprints is rooted in the extreme talents of the artists from that time.” Morad says that Jazz ‘n TÖST is a perfect lead in for WEQX’s retro music show The Sunday Rewind with Keller, which takes a look back at the alternative musical history of WEQX. Morad adds that Jazz ‘n TÖST perfectly balances the two shows that close out WEQX’s Sunday schedule, which include their celebrated local music show, EQX-Posure with Pearson, and their new music show, Going Underground with Luke. “The way I see it, Jazz ‘n TÖST is the perfect opener for a great, all-encompassing day of music! We’re only a few episodes in with Jazz ‘n TÖST, and I already absolutely love it. Christian Hoff does an incredible job of presenting the music. The only unfortunate thing is, we can’t see the handsome devil over the airwaves.”

Ever since Jazz ‘n TÖST aired its first episode on October 3rd, Hoff has been able to return to his roots as a lifelong jazz fanatic. It was Hoff’s father who first introduced him to the jazz greats. “I was truly educated about music by listening to the records of Art Blakey, Lee Morgan, Charlie Parker, and Ella Fitzgerald. They completely changed my life. Jazz, at its essence, is storytelling without words. Jazz musicians express themselves outside of the lines and bring new color and depth to the music. There’s a certain type of energy in jazz improvisation that I try to bring to all of my performances. It’s the kind of energy that turns heads and gets people’s attention.”

Hoff says that he wants Jazz ‘n TÖST to evoke the same type of reaction from the people who tune in every Sunday. “I’m playing a wide range of tracks from different genres. You’ll hear everything from jazz classics and standards to bossa nova, vocal jazz, and everything in between.” At the end of every episode of Jazz ‘n TÖST, Hoff finishes the show with a special feature that spotlights the music of a current artist. “Some are actors, some are musicians, and some are influencers in the world of Jazz.” Recently, he featured a haunting rendition of “My Favorite Things” sung by Leslie Odom Jr, with whom Hoff performed in Jersey Boys (long before Odom starred in Hamilton). Hoff says, “I want to play around outside of the box with this show, have some fun, and shake things up with some surprises.”

Sherman adds, “The best part about this show is that Christian and I get to discover (and rediscover) great music as we’re putting the episodes together. It’s also very cool that Christian and his father connected over jazz, my father and I connect over jazz, and Brooks and his son, Will, bond through jazz. Although only a senior in high school, Will is already a great jazz pianist!”

As Hoff continues to settle into his new life in Vermont and his new role as the host of Jazz ‘n TÖST, he is grateful to be able to live in a place that provides him with both inspiration and stability. “By living a stable and peaceful lifestyle up here, I’ve been able to find my center and get back to doing what I love best with newfound zeal.” Hoff encourages all similarly-minded creatives looking for a fresh start outside of the city to pay a visit to Southern Vermont. “Coming to Vermont was a fantastic decision,” says Hoff. “Living here has allowed me to recharge my batteries and reach new levels of creative clarity. I’m excited to see where this new chapter of my life takes me, and I’m looking forward to sharing my love of music with the whole community each week with Jazz ‘n TÖST!” 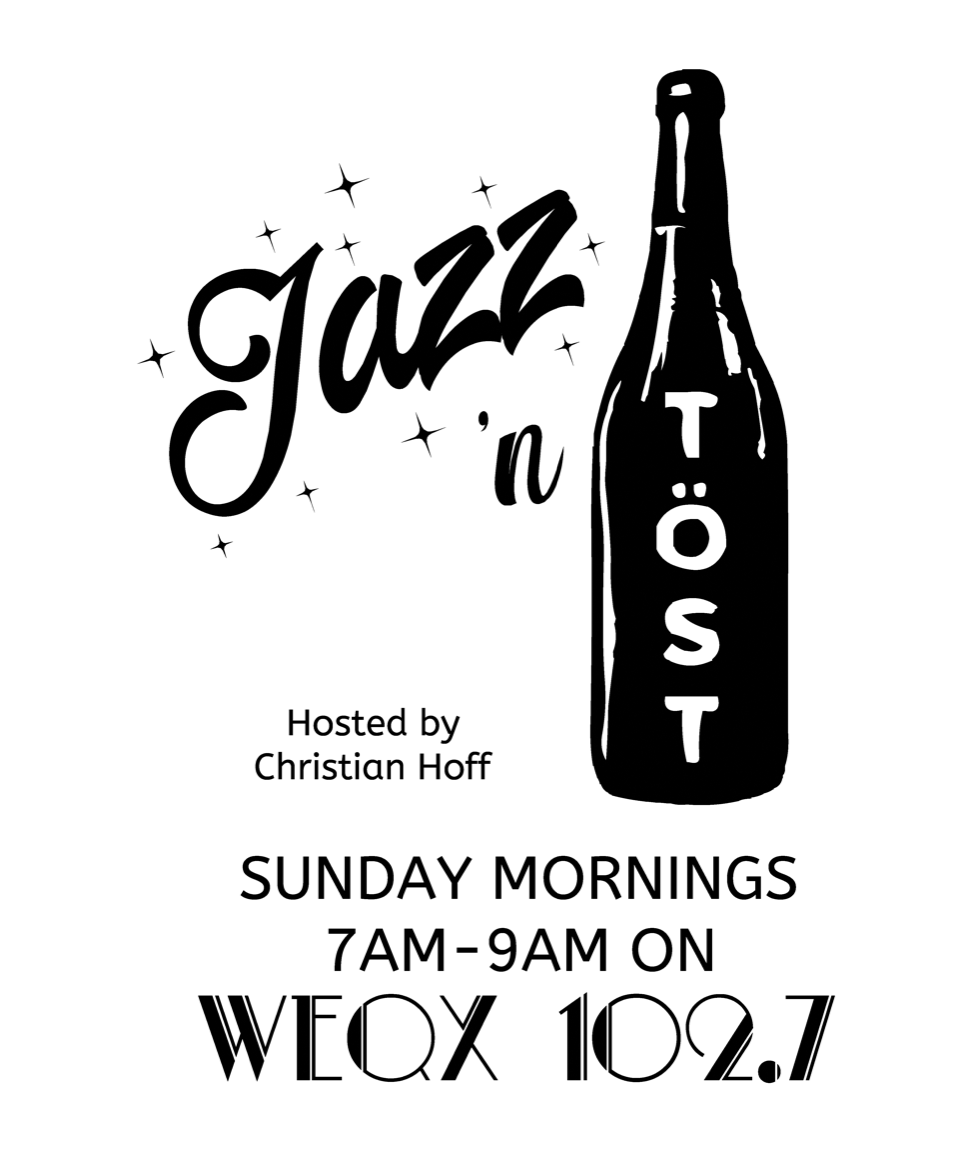