Disciplines Come Together at Bennington College

Bennington College is an undeniably elite institution and you could be forgiven, if you didn’t know better, for imagining that it behaves like the plutocrat on the hill, treating its neighbors with condescension and contempt. When, that is, it deigns to deal with them at all. After all, it costs more to attend Bennington College than most of its neighbors earn in a year. Furthermore, the school has always cultivated a sense of it own uniqueness, to the point of establishing its own philosophy of learning. One that was wildly radical when the college first opened its doors in 1932 and is still outside the mainstream of education as practiced in most schools and colleges today.

But while Bennington may be elite, it does not behave like an elitist. To the contrary. While there may have once been a town vs. gown separation between the college and its neighbors—Bennington and North Bennington—that is fast closing. The school is, increasingly, more than the fourth largest employer in the county and has become an active participant in civic affairs.

As, for example, when the village of North Bennington recently wanted to make a transition to newer, energy efficient street lighting. The project stalled because the paperwork required before it could go forward was just too much for the volunteer village trustees.

Enter a group of students from Bennington College who took on the project as a way of dealing with the global issue of climate change. Local officials eagerly handed over the large stack of forms that Green Mountain Power, the state’s largest electric utility, wanted completed before the streetlights could be upgraded.

• What kind of world are we making?

• What kind of world should we be making?

• What kind of world can we be making?

From there, the students fanned out across town, canvassing local residents on how they felt about LEDs, and discovering along the way that some of their streetlights weren’t even working properly at all. When all was said and done, town officials learned they were in line to save $10,000—the difference in cost between the status quo and the new enhanced streetlight system. The new lights were installed by September 2014, and 60,000 pounds of carbon that would otherwise have gone into the atmosphere … didn’t.

A win for the students, the town and the planet.

The move to increased participation in the affairs of its neighbors could be said to have begun with the Quantum Leap Program, founded in 1999 by Bennington College faculty members Susan Sgorbati and Danny Michaelson, as a program to help kids stay in school until graduation and to combat truancy. That’s still a core mission, but the program has broadened and diversified greatly since then and includes partnerships with local businesses, projects with some of the college’s international students, a video news production team and even a college-level course taught at Mt. Anthony Union High School by Bennington College students and faculty for the high school’s freshmen class.

At its heart the program is about self-directed education, and very much patterned after Bennington College’s own philosophy of learning. “Because I saw it work so well here at Bennington College, we decided to try it out on Quantum Leap,” Sgorbati says.

The program focused on local high school students who were disconnected and at risk of dropping out of school. “We quickly saw how powerful it was for them; it allowed them to have a self-directed program—a big change for them.”

“They had ownership over it which at the K-12 level is a radical idea,” adds her colleague, Robert Ransick, another professor who along with Sgorbati and about ten other faculty members teaches at the college’s Center for the Advancement of Public Action, or CAPA. “At the college level it is still a semi-radical idea.” 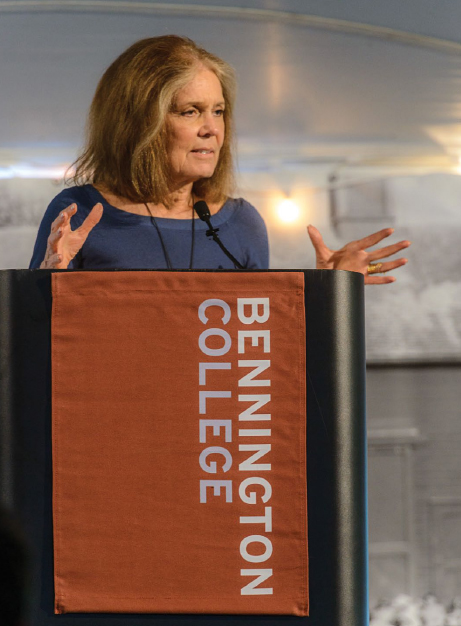 The plan process includes the school’s well-known field work term, where each year students go out into the “real world” for a 7-week long experience as interns or job holders to complement their academic interests. Here the rubber theoretically meets the road, and the variables that populate solving complex social issues—whether they involve changing the streetlights in North Bennington or right-sizing the state’s prison population—are unpacked and explored. “We don’t give them a list of classes in order to achieve it,” Ransick says. “It’s not a road map. The sum total of the experience is the most valuable experience a student leaves with.” 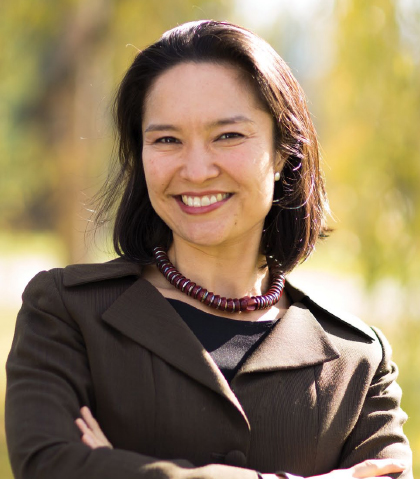 Outreach to the local community and to the state at large is expanding in several ways, whether through a series of forums the college has hosted on issues like school consolidation in Vermont, clean water and incarceration policies. And, through holding special public events, like the one last year featuring last year’s commencement speaker, Gloria Steinem, the well-known feminist activist and founder of Ms. Magazine.

Steinem, in addition to performing the traditional duties of a commencement speaker, also appeared last June at an open-to-the-public gathering where she was interviewed by several of the college’s students, and took audience questions as well. Steinem’s public event was part of an effort undertaken by the college’s new president, Mariko Silver, who assumed the leadership of the school in 2013.

“The college is very open to making our space available and to [making] our students, staff and faculty available to help the community work through all kinds of questions, and be a venue for community conversations of all types,” Silver says.

Outreach to the local community and to the state at large includes holding special public events, like the one featuring 2015’s commencement speaker, Gloria Steinem, the well-known feminist activist and founder of Ms. Magazine.

The future of the region, the county, the college and Southern Vermont are all connected and intertwined, she adds.

Getting students involved in local community projects is one of the hallmarks of a Bennington College education, Silver adds, citing the example of Sarah Shames, a junior from Palo Alto, California, who came to Bennington in part to escape the tech-heavy environment of Silicon Valley. She was involved in the streetlight project, knocking on doors around the neighborhood and taking the pulse of the community about it. She designed the informational brochure and helped put together the power point presentation for the village’s trustees which left them looking at each other and trying to figure out ‘where was the downside.’ Now she’s taking that to the next level. Along with other students, like Rohail Altaf, from Karachi, Pakistan, she is working on an app that can measure climate change.

The app is intended to forecast what the weather will be like in 10 or 20 years, which is a time frame that is easier to relate to than a century or two ahead, Altaf says, especially for today’s college age students.

“It will show statistics and calls to action and things they can alter in everyday life which can ameliorate climate change,” he says.

Both Shames and Altaf see the cross-pollination of liberal arts with technology as taking them in a direction they might not have gone had they attended a different sort of college. 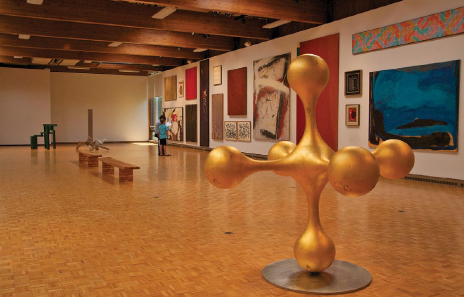 Altaf says he had trouble, as a child, following the rules and structure set up to guide him and his fellow students. Bennington, he says, has given him the freedom to develop his own structures, and take a wide variety of courses, not just engineering-related ones, and come out with a broader perspective. Plus, the school wouldn’t be calling his parents to report his infractions, because he’d be making up his own rules as he went along, he adds with a grin.

“And, I could take a diversity of courses, in music, art history, as well as in technology, and all could be related back into technology,” he says. “I can make technological products for people way better than if I was just an engineer.”

And if Bennington and North Bennington are a long way from Palo Alto, not just geographically, but culturally and psychically, that is something Sarah Shames says she has gotten comfortable with, once she got over how small the communities were compared to those in California she was familiar with.

“There’s really a wealth of people and great ideas here, and it has a lot of potential energy,” she says. “There’s a lot that should be going on here that isn’t for whatever reason—I’ve been working with kids (here), and they’re pretty amazing—much more resilient than the people I know at home.”

And there is, it should be said, nothing elitist about that sentiment. ◊

– Andrew McKeever is a free lance writer from Sunderland.