For anyone who was fortunate enough to see Downstairs—all we can say is wow! Stars Tim Daly and his sister Tyne Daly as siblings “Teddy” and “Irene” held nothing back in their performances in playwright Theresa Rebeck’s complicated family drama. Co-star John Procaccino, a familiar face on Broadway, made every person in the audience hold their breath, fearing what he was capable of as the husband, “Gerry.” With excellent reviews from the critics, starting with Downstairs and continuing to up their game on all four shows, plus the exciting new play readings during the company’s 40th anniversary season, Dorset Theatre Festival’s reputation for producing really big theatre on a small-town stage escalates yet another notch. 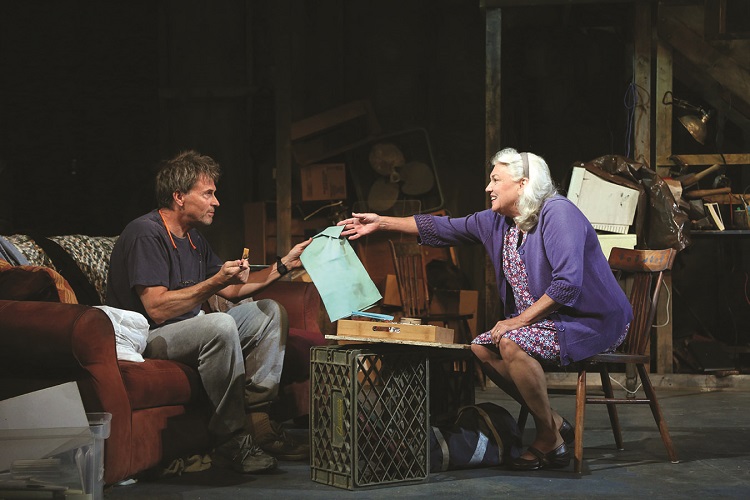