Dion Snowshoes and NeviTrek grow their market reach by joining together and combining their resources.

When Bob Dion first founded Dion Snowshoes in 2000, he embarked on an epic entrepreneurial journey that changed the regional growth trajectory of an entire sport. Drawing on his years of experience as a competitive long-distance trail runner, he channeled his lifelong passion for athletics into the creation of an innovative winter sports product line. By applying the mechanical skills that he had cultivated over the course of his engineering career, Bob was able to find success in the niche market of high-performance athletic snowshoes – and build a fiercely loyal customer base in the process. 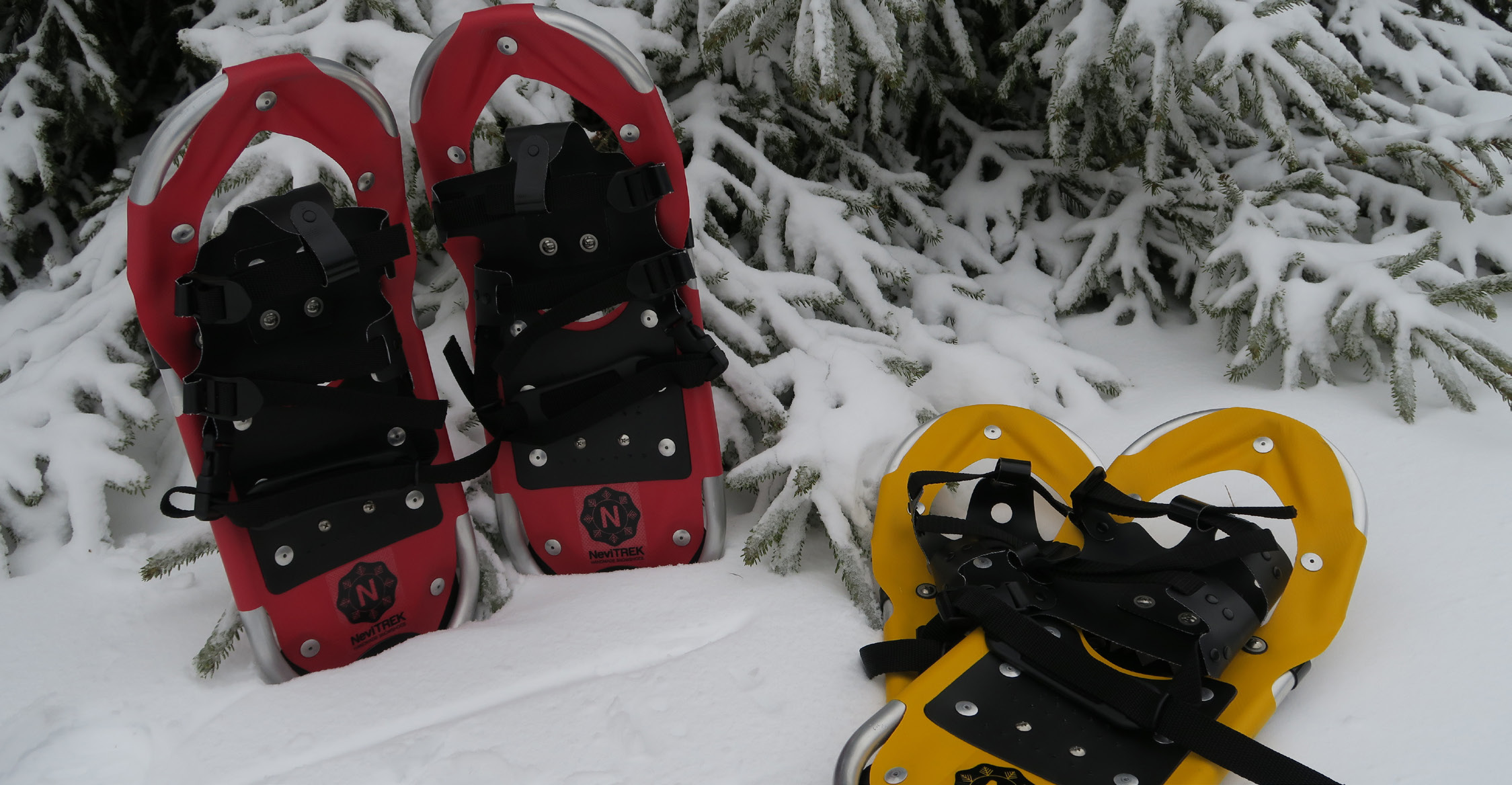 According to Bob, it all started when a friend of his invited him to participate in a local snowshoeing competition. “Originally, I started out as a trail runner. In the winter, I would sometimes train by running up snowmobile trails without snowshoes. A friend of mine in the Adams, Massachusetts area started organizing small snowshoe races with about a dozen people. I figured I would give it a try. I actually ended up winning my first race. I liked snowshoeing because it was pretty much the exact same sport as trail running – except you’re doing it on the snow.”

After his first few races, Bob began to take notice of the flaws present in the snowshoes that were available at the time. Bob says that back in those days, most of the snowshoes that people raced in were “heavy, clunky, and unwieldy. Your ankles would almost always end up being bruised by the end of a long race.” Bob quickly realized that there was an untapped market for quality racing snowshoes, and decided to take matters in his own hands. After experimenting with various different materials, techniques, and frame shapes, he tested one of his first finished prototypes at Tuckerman’s Ravine in New Hampshire.

Bob recalls that the inaugural prototype test run was “incredibly scary. There were a whole lot of rocks down below me. After that initial test, I started testing them out in races. As more people found out about my snowshoes, they became increasingly popular. I got a lot of immediate feedback that helped me to improve my products. I began to gradually see a major difference in turnout at snowshoe racing events over the first five years. At the same time, I started to see a noticeable increase in the number of racers that were wearing my snowshoes. I’m incredibly grateful to the people who used my snowshoes at all of those races in those early years. I like to think that we had some of the best testers in the world. We also had people run in the arctic circle and run while wearing our snowshoes in the summer.”

Bob believes that one of the primary factors that sets Dion Snowshoes apart from the competition is their dedication to creating high-quality athletic performance equipment.

“From an athletic perspective, it’s essential to understand what’s required to create an optimal racing experience. When you’re running, the performance of a snowshoe is very important – as is the durability. Some other companies might look at it from the perspective of ‘a snowshoe is a snowshoe – one size fits all.’ We treat snowshoes like sports equipment that needs to be custom-fitted to the athlete and the situation. Every person’s frame, build, and athletic profile is unique, so their snowshoes should reflect that. That’s why we offer the option of buying all of the different snowshoe components separately. We want to give our clients the option of picking a frame, picking a binding, and picking a cleat. If you’re just going out to walk the dog in the snow, any snowshoe will work. If you’re going racing or hiking on the high peaks, the equipment is going to matter. “

Bob explains that for custom snowshoes, different bindings, cleats, and frames are ideal for different circumstances. “The ‘121 frame’ is our best seller. I have personally used them on fairly deep snow up on Mount Equinox, but I wouldn’t go up to Tahoe after 12 feet of snow and try to use a racing model snowshoe there. If you get 2 feet or more of snow, you might want to use a bigger frame – such as our ‘164 model’. For our smaller LT series frames, we use lighter, higher tech materials. They’re great for people who don’t want to be weighed down by their snowshoes. When it comes to bindings, different circumstances call for different setups, as well. For example, if you’re just walking on flat ground, the ‘easy-fit’ bindings are fine. They’re designed to loosen up easily for seamless entry and exit. The ‘secure-fit’ is kind of the opposite. It’s made to not loosen up no matter what. They’re made for someone that’s going to race for hours and doesn’t want to have to worry about their bindings coming undone. The ‘quick-fit’ bindings are specially customized to fit to the wearer’s specifications. Our bindings are all interchangeable. You can switch them out later on for another style if you don’t like them. The last component of our snowshoes are the cleats. They’re the traction element of the snowshoe. If you have a big frame snowshoe with not enough traction you’re basically walking around with twin snowboards on your feet. You’ll just slide around with little-to-no control. You won’t be able to get up hills or side hills. We have the ‘deep cleats’, which have the highest amount of traction. The ‘standard cleats’ have minimal traction. They are good for groomed and flat surfaces. The ‘ice cleats’ are somewhere in between the ‘deep’ and ‘standard’ cleats in terms of traction. They are also very durable, but they are a little heavier because they are made out of stainless steel. Some racers might choose not to use them because of that.”

Over the years, Dion has built a stellar reputation. Bob estimates that “at least 80% of [Dion’s] sales come as the result of word of mouth recommendations. People who are part of the snowshoe racing community tend to recommend us very highly. Consequently, our reputation is really good, but the result is that some potential customers are still intimidated. Even if we have backcountry models and recreational models, people still think ‘Oh no, I just need a snowshoe. I don’t race.’ The perception of Dion is that we’re a high-end racing snowshoe. That’s why partnering with NeviTrek – which is a recreational brand – was a really good fit for us, because we’ve been able to fill both market niches.”

After years of running Dion by himself, Bob made the decision that it was time to sell the business. Bob says that when he was deciding which buyer to partner with, he had specific requirements in mind. “I didn’t want to sell to someone that was going to outsource production overseas, and I didn’t want one of our competitors to buy it just to take it out of business. It was all about finding the right buyer. When I met Joanne, she told me that she would only buy Dion if I stayed on and continued to do what I was doing. It was truly the best of both worlds for me – the same brand without any of the same headaches. It also lifted the sales quite a bit. It’s been good. It was always enjoyable to run the company in the earlier years, but it was more a hobby for me back then. Ever since I started working with Joanne, it’s become more of a fully-fledged business venture.”

Joanne Petrozzi founded NeviTrek in December of 2013 after purchasing equipment from a Mayfield, New York-based snowshoe maker by the name of Richard Havlick. According to Joanne, “Richard used to make them under his name for years and years. He started out making wooden snowshoes, but as time went by, they transitioned into making snowshoes with aluminum frames. He got to the point where he couldn’t make the snowshoes anymore, and he wanted to sell his equipment. I found out about him through his son-in-law. We worked at the same engineering office. One day at work, I heard him say, ‘My father-in-law wants to give me all this snowshoe making equipment, but I don’t have time.’ I said, ‘Are you kidding me? I would love to do that!’ I bought the equipment, filled up my barn with it, set it up, and started to make snowshoes. Richard still remains actively involved in the business. Whenever a machine breaks, he helps me get it fixed or find where to buy materials. It’s been a pleasure working with him.”

According to Joanne, she first came across Dion Snowshoes when she started attending snowshoe races in NeviTrek’s early years. “After I started to get involved with various different snowshoe races, I heard about Dion. I saw so many people wearing their snowshoes. I met the Dion team at a few races, and I started talking with them. We began discussing a potential merger back in 2018. We made it official in 2019.”

After Bob and Joanne made a formal agreement, they combined their two companies to form a singular corporate entity, which has allowed them to reach new levels of efficiency and consistency in their manufacturing process. United by their shared philosophy of independent entrepreneurship and their steadfast adherence to hard-working small business values, their two different snowshoe lines appeal to a wide range of tastes and preferences.

Bob says that the merger has allowed them to become increasingly self-sufficient by manufacturing more of their own snowshoe components in-house. “We used to do about 60% of our own manufacturing, and outsource the rest to other manufacturers, which was very expensive. Now that we have joined forces with NeviTrek, we can pool our resources together to make more of our own parts. We can use their machines that we don’t have, and vice versa. Between our two facilities in Bennington, Vermont and Delanson, New York, we’re probably making 90% of the parts in-house now.”

Joanne points out that another advantage of the merger is that Dion and NeviTrek have been able to combine their efforts without encroaching on each other’s customer bases. “Bob covers the racing community, and I cover the more recreational and casual demographics. A lot of hunters really like my snowshoes because they’re heavier. They’re usually going out with a heavy backpack and gun, so they like a sturdy snowshoe. Dion’s customers tend to favor lighter snowshoes. The NeviTreks are also a simpler design. We don’t really offer the same level of extensive customization that Dion does. It all comes down to what sparks a connection with our customers.”

Thanks to a recent uptick in outdoor activity in 2020, Bob estimates that their combined sales have increased 500- 1000% over the past year. “People love to be outside these days. I just had a school contact me. Their track team is going to snowshoe outdoors for their winter season because they can’t be on an indoor track. The trailheads have been packed all summer. We just had a Canadian distributor call and beg for 2,000 pairs, because they can’t get snowshoes in Canada other than ours. It’s been amazing to see the response.”

Moving forward, Bob and Joanne hope to build on their success by introducing new customers to the sport of snowshoeing. The way Bob sees it, “snowshoeing isn’t just about mountain hiking and competitive racing. It’s a great low impact aerobic activity. If you go run on the roads for a couple hours, you can be very sore the next day. If you go out snowshoeing, you’ll be good as new and ready to go again. Here in Southern Vermont, there are so many great places to go snowshoeing. Mount Equinox and Woodford State Park are beautiful, as is the area near Stratton, Searsburg, and Mount Snow. It’s a wonderful way to get out and explore.”