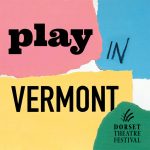 Peri Gilpin and Dan Butler last performed together 15 years ago, on set of the series finale of the longrunning hit NBC television sitcom, Frasier. Gilpin, who played Roz Doyle, Frasier’s sarcastic and unflappable radio producer on KACL, will be traveling to Vermont from homebase Los Angeles this summer for Dorset Theatre Festival’s 2019 season closer Slow Food by Wendy MacLeod. There, she’ll reconnect with Butler, well known for his role on the show as Bob “Bulldog” Briscoe, for a limited engagement run from August 22 to 31. 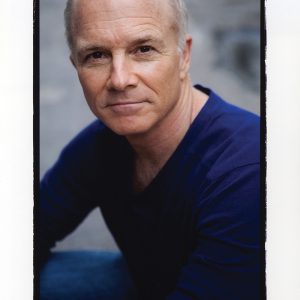 “I’m hoping that my kids can come with me for part of the time; I can’t wait for my husband to,” gushed Gilpin. “When I told them I got offered this play and it’s hilarious and fun and it’s in Vermont, everybody just went, ‘yay!’ I don’t know if they were happy that I’m leaving for a month or—(laughs) no, I think they’d just really like to go.”

Gilpin originally came to New England from Texas, as an acting apprentice at Williamstown Theatre Festival in her early 20s. Even though the pace of production at Williamstown could be relentless—actress Maria Tucci referred to the festival tongue-in-cheek as “kamikaze theatre”—she recounts countless trips to Vermont. “We were constantly heading over the border to the Blue Benn Diner in Bennington and to Manchester,” she reminisced.

Years later, Gilpin and her husband, painter Christian Vincent, decided to send their twin daughters to camp in nearby New Hampshire. “We wanted them to experience summer in New England—to go to the other side of the country and see that not everybody is from southern California and there are differences—not big differences, just small ones. They really loved it there,” she explained of their four summers spent at the camp. “They’re excited,” she smiled, ”I’m excited to have them visit.” 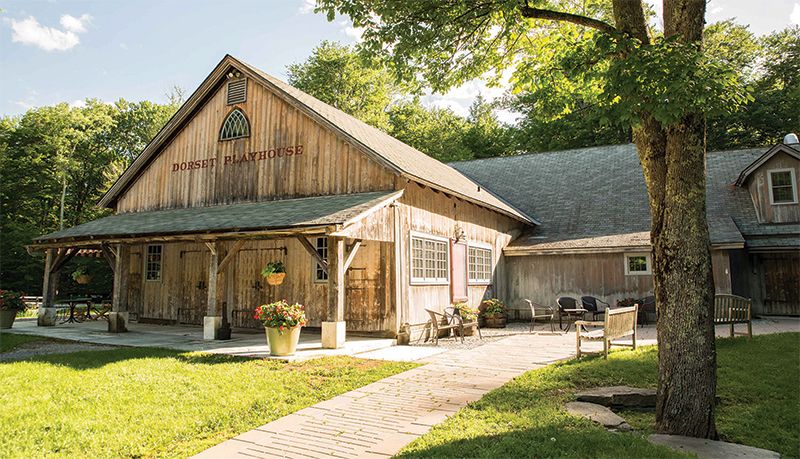 So how did Gilpin end up on Dorset’s radar? Frasier, Cheers, and Wings were all part of the same television universe, so we could easily play the six-degreesof- separation game. We might chart a course from Christopher Lloyd, one of the producers of Frasier, who also produced Wings, starring Tim Daly— another Vermonter and Dorset Theatre Festival regular; Lloyd’s wife Arleen Sorkin is a close personal friend of Gilpin’s. But perhaps it’s more direct than that; Gilpin’s Slow Food co-star Dan Butler relocated to Vermont several years ago with his husband, actor Richard Waterhouse, and lives just a couple of hours’ drive from Dorset. Plausible.

The more one attempts to map potential connections, the more clear it becomes that, regardless of the actual story, the adage, “Vermont is a small town” feels fitting here. So many lives and careers somehow intersect, crisscross, and circle around in this southernmost region of this small, rural state. Gilpin puts it this way, summing up a philosophy that guides and grounds her: “So much serendipity, you just know you’re in the right place at the right time.”

But stories are rarely simple and straightforward, and Gilpin’s journey to Vermont ends up being a bit more circuitous. When asked how she learned about Dorset, she explained, “I had done this little movie in Dallas with a young actor and writer named Gene Gallerano. He was a big Dorset fan and had worked there but he’d also been shooting a documentary about Austin Pendleton in Dorset. I think they might have actually shot it there.”

It was her friendship with Judd Hirsch, however, that proved to be the critical link. Hirsch and his wife Kathryn Danielle have a Dorset Theatre Festival connection through Artistic Director Dina Janis. Last year, Janis traveled to LA for a reading of another play with the two, and according to DTF Producing Director Will Rucker, Hirsch connected her with Gilpin. “Peri had just appeared in Native Gardens by Karen Zacarías at Old Globe Theater and Hirsch noted what a great fit she would be for the type of work we’re producing at Dorset,” Rucker explained. The next thing Gilpin knew, Dina and she were talking about a role for her in the 2019 season. “I read [Slow Food] and I was howling,” Gilpin enthused. “It’s so funny. It’s fantastic and it’s so fun to read. I mean, this play is a riot.”

Although it was not presented as a Frasier reunion at that time, before Gilpin even had time to get through the script, she received a phone call from a friend saying Dan Butler wanted her email address. “Dan emailed me and said, ‘I wonder, are you really thinking of doing this?’ And I responded, ‘I totally am.’ I just hadn’t finished reading the script yet because it all came at a crazy time. Once I read it, I asked him, ‘Are you gonna do it?’ and Dan said, ‘I think I am.’”

Working with Butler is the metaphorical icing on the cake, according to Gilpin. Years ago, the two had attempted to get the rights to the James Carville and Mary Matalin story based on the 1993 documentary, The War Room, but ultimately the real-life husband-wife duo demurred and the project never materialized. This summer in Vermont, however, they finally get their shot at playing a decidedly different spousal set.

In Slow Food, Gilpin and Butler will play married couple Irene and Peter, who just want to have a nice meal out on their big anniversary in Palm Springs. Their highly neurotic waiter, Stephen, played by Greg Stuhr, however, seems unable— or unwilling—to bring them their food as everything goes awry. “I think these characters exhibit incredible patience,” Gilpin laughs. “My kids are like, ‘You are too “hangry” to go into a restaurant; we are not going in there with you.’ I think that’s what’s funny about me and Dan because neither one of us is very patient.” 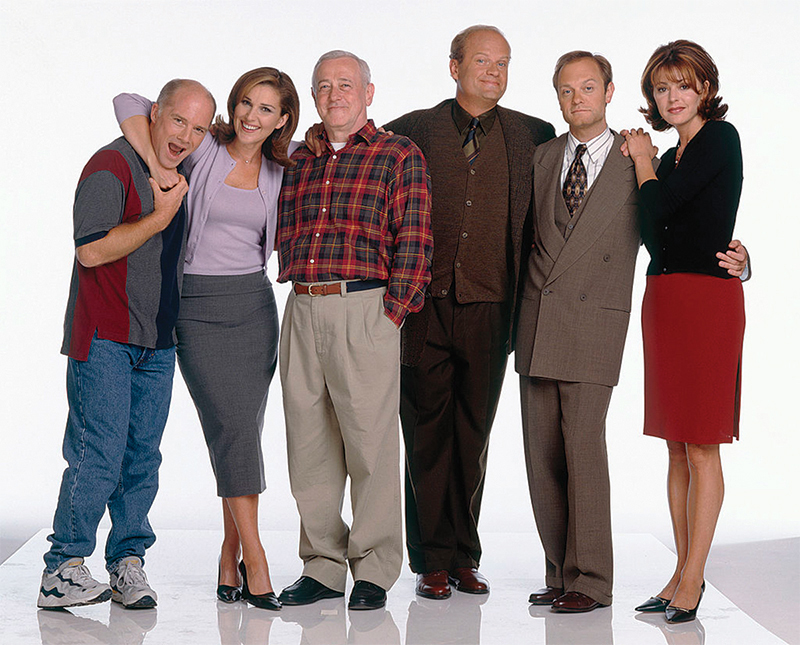 While Gilpin may have to stretch to play a woman who can outwait her waiter, she is struck by the authenticity that resides alongside the absurdity in the play. “I think it’s so interesting that Wendy MacLeod set this in Palm Springs, but it’s an East Coast couple who have flown across the country. It just feels very real to me. I mean there are these distinctive rhythms and just the way they are with one another; it works so well. I believe every single thing about it.”

Each moment that passes without sustenance for the famished travelers undoubtedly feels like an eternity, but not for the audience. The pacing of MacLeod’s dialogue, that special brand of rising desperation that comes from dangerously low blood-sugar, the truth that marriage is not unlike being trapped in a restaurant, waiting to be fed, leads to an evening that will certainly end too soon for those fortunate enough to see this new work performed by old friends.

“It’s for real though, you know, it’s for love,” Gilpin concludes, as she reflects on what motivates her as an actor. “It’s almost like food—you have to do it. I kind of feel that way again, too. I feel that’s why I’m so glad I get to go to Vermont and do this play. It’s like food; you gotta eat.”