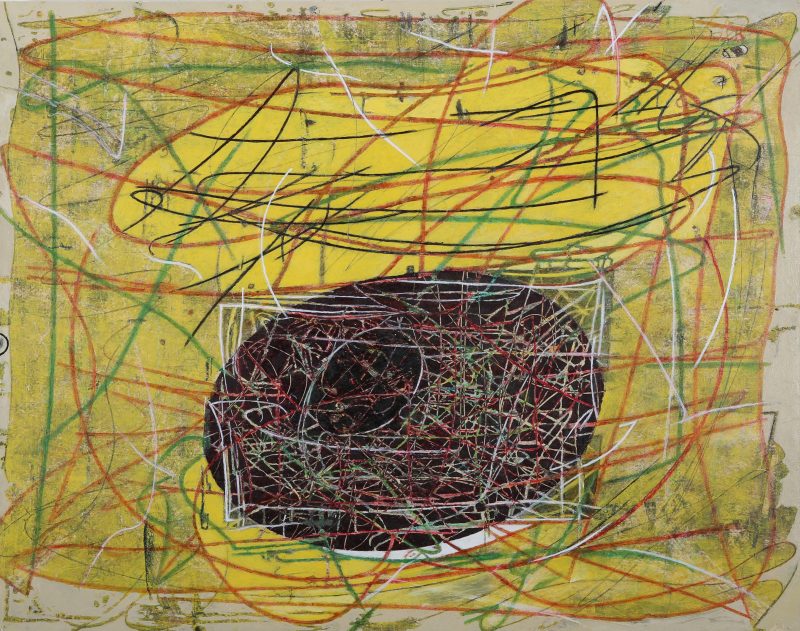 Pat Adams has been creating rich, lovingly wrought abstract paintings for well over six decades. On view at the Bennington Museum from April 1 to June 18, 2017, Gatherum of Quiddities: Paintings by Pat Adams presents a selection of twenty-nine works surveying her entire career. Championed for decades by notable critics, collectors, and her New York gallerist Virginia Zabriskie, Adams has always been guided by an inner vision. Robert Wolterstorff, Director of the Bennington Museum, notes that Adams is an abstract painter, but also “intensely attuned to this world we live in. She creates rich, sensual, colorful, intensely felt, and jarringly material paintings.” With sumptuous colors and richly encrusted surfaces built up with stone dust, crushed eggshells, and mica, Adams seeks to bring from the “gatherum of quiddities”—that stew of unnamable visual and emotional qualities of the world—a visual situation intended to generate both intense engagement and quiet contemplation in the viewer.

Growing up in Stockton, California, during the Depression-dogged 1930s, Adams was first exposed to art through the WPA Artists-in-Schools program and its affiliation with the city’s Haggin Museum. When she was 12, the gift of a professional paint set from her grandmother encouraged her growing interest in the visual world. As an art student at the University of California at Berkeley in 1945-49, she began to explore the connections between the abstract qualities of art and new discoveries in the fields of anthropology, paleontology, psychology, and physics. After moving to New York City in 1950, Adams took a “materials and techniques” course at the Brooklyn Museum Art School from artist Charles Seide, who introduced her to a new, unique binder, isobutyl methacrylate. He impressed upon her that paint consisted of two factors: pigment and binder. An engagement with the material of paint itself, coupled with the proto-formalism of her Berkeley education—the focus on the intrinsic nature of formal elements of visual art—became primary concepts within the direction of her work.

Adams’ small-scale work of the 50s and 60s revealed a “refined, sophisticated approach to mark-making and composition,” states Jamie Franklin, Curator of the Bennington Museum. He describes these early works as an “intimist’s Abstract Expressionism,” drawing as much inspiration from the dense patterning of the medieval Book of Kells as from the allover painting of Jackson Pollock. These works initiated a distinctive, independent course through the postwar era which was dominated by a succession of styles—Abstract Expressionism, Color Field, and Minimalism. In 1964 Paul Feeley invited Adams to join his venturesome mix of artists at Bennington College. In her new, larger studio on campus, Adams expanded forms from her earlier paintings. Shapes became more spare and hard-edged, and organic and geometric features were explored anew in these shifts of scale. In the 1970s Adams turned to more diaphanous forms, with complex, layered surfaces and elemental ur forms—circles, squares, ovals—floating in indistinct space. In the 2000s her art took a new direction, with agitated swirling scribbles augmented with brighter and purer colors.

“What to paint?” is an overriding concern for the abstract painter. “Gatherum of Quiddities” refers to particulars in the visual and emotional world which catch the artist’s eye and stir her mind, and from which she draws substance for her imaginative proposals. Among these bits and pieces of the “real world,” interactions occur and compel decisions of color, form, and surface to go in unexpected directions. Aspects of artifacts as varied as rusted metal rings, circular saw blades, horseshoe crabs, and polished agate slices make their appearance in her paintings repeatedly. “Adams seizes upon the essential visual properties she sees in these objects which, when filtered through her ever-churning mind, become archetypes to be used and adapted endlessly, items in her ever-evolving creative vocabulary,” Franklin remarks.

While Adams’ work is grounded by an empirical approach to the quiddities of this world, it attains transcendence by providing the viewer with the contemplative space in which to engage with mysterious new worlds, created by one of the distinctive imaginations in postwar American Art. Gatherum of Quiddities: Paintings by Pat Adams takes place at Bennington Museum, April 1 – June 18, 2017.

A fully illustrated catalogue, Gatherum of Quiddities: Paintings by Pat Adams will be available from the Museum Store in mid-May. Orders can be placed now. 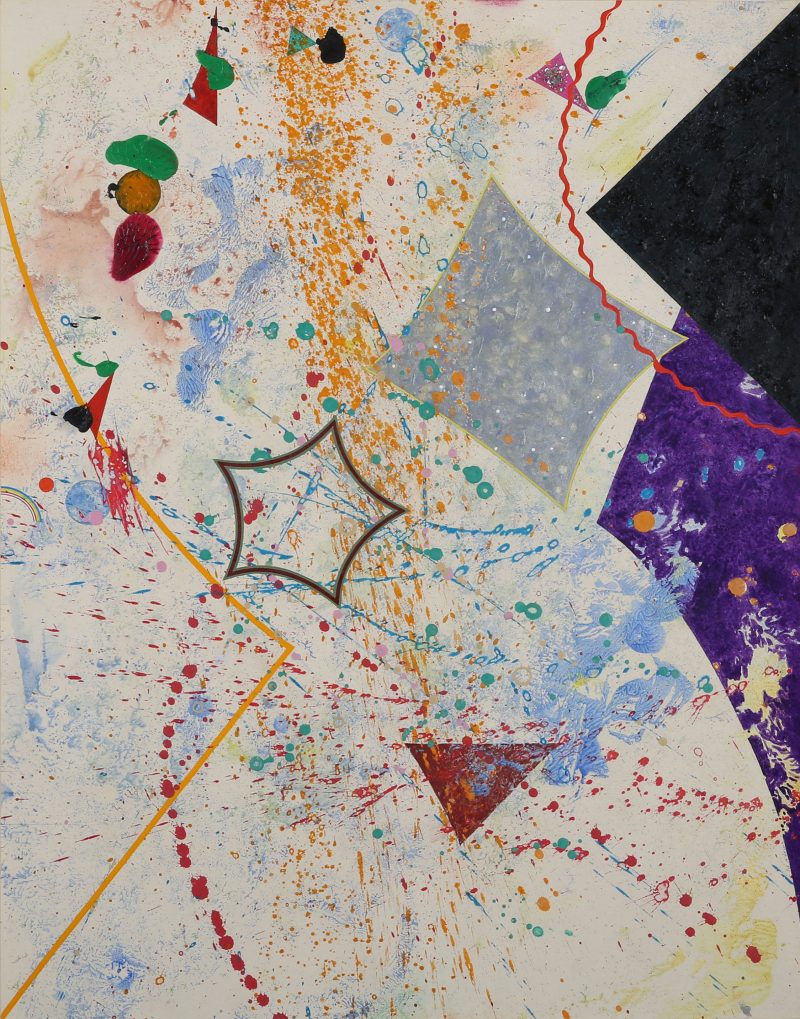