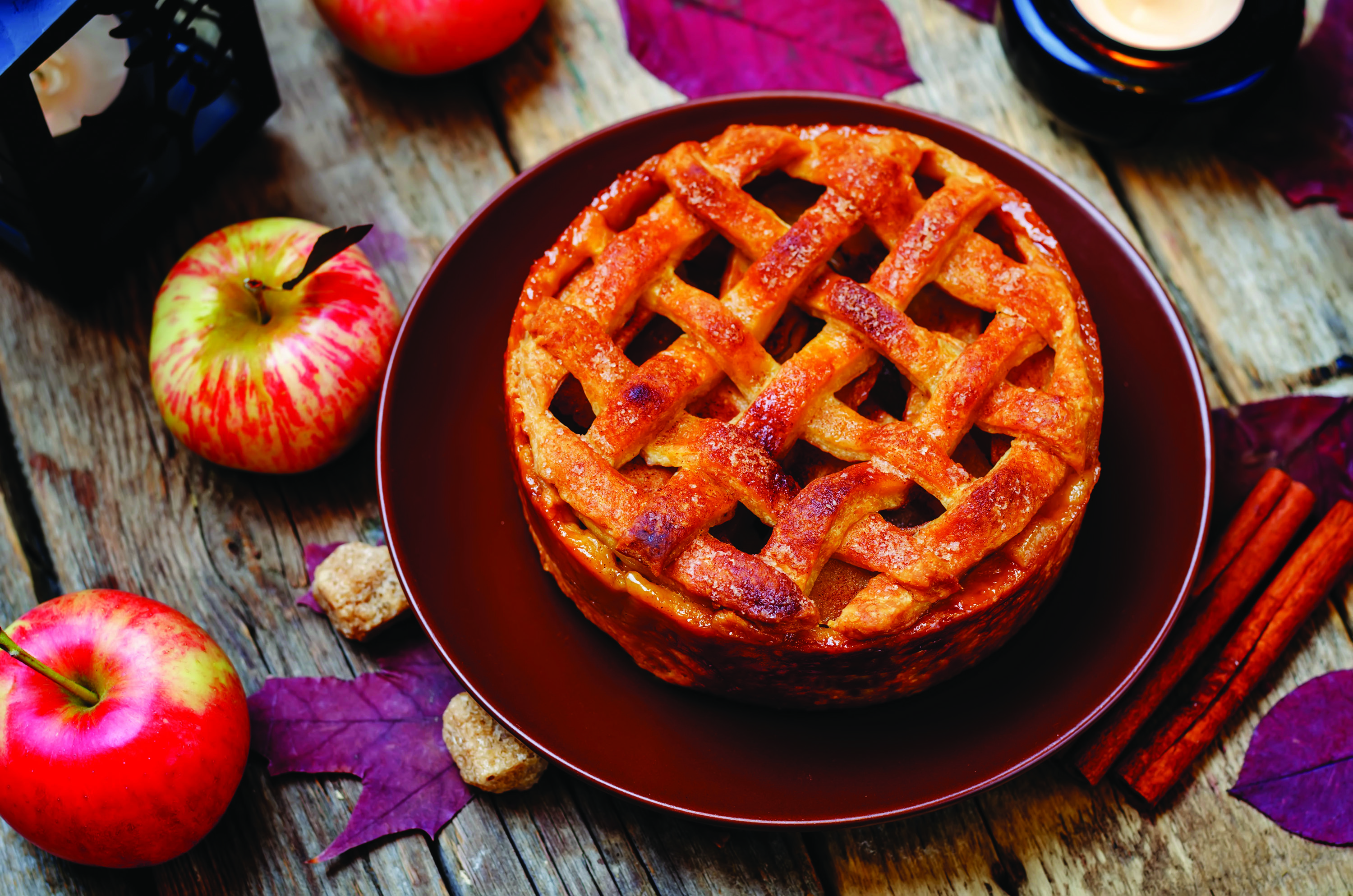 Like most of our ancestors, apples are not native to North America. Apple seeds arrived here with the first European settlers. The legendary Johnny “Appleseed” Chapman planted apple trees along the 18th-century frontier, and within a less than a century virtually every American farm had one. Soldiers in World War II were fighting for Mom and apple pie, the two anchors of their home lives. Americans from every walk of life love apple pie. It doesn’t require fancy equipment or ingredients, or even special skill. It is a great culinary equalizer.

We think of apple pie as being a perfect fall dessert, but here in New England it was traditionally a breakfast staple, served with a thick slice of Vermont cheddar. There are still Apple Pie Breakfast fundraisers to be found nearby in the fall, and you may be fortunate enough to find apple pie and cheddar on a northern breakfast menu.

Did you know that there are a whopping 150 varieties of apples grown in Vermont?

They are one of our most versatile fruits, whether cooked into pies and cakes, pressed into cider, or eaten fresh. The best Vermont-grown apples for pies are Northern Spy and Cortland — they are a little bit tart and maintain their texture when baked.

The most popular apple for eating out of hand is the Macintosh, but many of us prefer the sweet and tart Macoun and Honeycrisp, which is as fragrant and crunchy as its name implies.

With approximately 95 calories in a medium apple, they are high in fiber, potassium, vitamin C, and polyphenols, and have a low glycemic load. Eating apples can lower LDL cholesterol, so an apple a day truly might keep the doctor…well, you know.

Apples are versatile, nutritious, and downright delicious. They come in more varieties than most of us can name and can be used in almost as many ways.