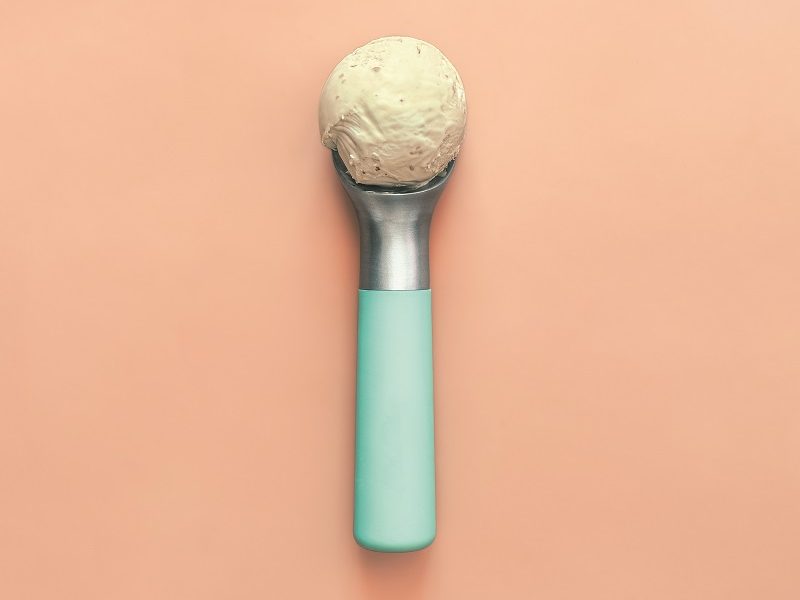 There is a dizzying array of ice cream styles found in grocery store freezer aisles. Following are some of the basics:

In the United States the term ice cream is regulated by government standards. The percentage of milkfat in ice cream needs to be a minimum of 10 percent milkfat, with premium ice creams at 12 percent or higher. Egg yolk is not found in many large-volume ice cream brands, but is often found in more Italian- and Frenchstyle ice creams or high-grade American ice creams. Ice cream varies, but it can have as high as a 50 percent overun, meaning one-quarter of the ice cream is air.

A lower-fat form of ice cream that has less overrun (air) mixed in, as air is not pumped into the churn, creating a denser and richer experience. This means a 15–30-percent overrun or, with the final product being 7–15 percent air. Gelato typically measures 5–7 percent milkfat, with a higher milk-to-cream ratio than ice cream. Traditionally gelato only had classic flavors, but that is changing as many boutique producers are exploring new and interesting flavor combinations.

Generally 3–6 percent milkfat; not having gone through the hardening phase, soft serve can provide the softest and smoothest texture in the ice cream world. Some soft serve has as high as 100 percent overrun (half of the ice cream is air). You know you’re a Vermonter if you refer to soft-serve ice cream as a creemee. So why are they called creemees in Vermont? The moniker possibly traces back to French speakers found throughout northern New England who call their ice cream, crème glacée. Maple creemees combine two of the state’s classic ingredients into one delightful treat, mixing maple syrup, maple sugar, milk, and cream.

More popular in the midwest part of the country, frozen custard requires there to be a minimum of 1.4 percent egg yolk. With a similar overrun to gelato, frozen custard is a rich, dense treat and is often served warmer than ice cream or gelato.

As implied by the name, frozen yogurt is exactly that, replacing the milk and cream with yogurt that often contains 0.5–6 percent milkfat. Milk is soured by various cultures, creating a frozen confection that is a little more acidic and snappier on the tongue than ice cream. Frozen yogurt can come as soft serve or hardened in a wide range of milkfat content.

A form of ice cream that came from Arabic cultures, sherbet is a fruit-based confection with much lower overall dairy and fat content than ice cream, generally 1–2 percent milkfat, but also typically a higher sugar content. Because of its low milk content, sherbet often comes in citrus flavors, which can’t be achieved with ice cream due to the acidity of citrus fruit. Some people confuse sherbet with sorbet, which contains no milk products. Italian ice is another name for sorbet.