Political commentators clip on their mics, on-air guests wait anxiously in the green room, production crews ready their cameras, while red, white, and blue lights cast a patriotic hue over the room. After one last sound check, the director counts down “three, two, one, and we are live.”

And with that, Election Night Live 2016 came to life at GNAT-TV, the Northshire’s community access television station. The political commentators were local public officials and community leaders, the on-air guests were local high school students excited to share their political perspectives, and the production crew was comprised of volunteers from across the Northshire and mountain-town communities.

Somehow, it all jelled. Viewers got a local, statewide, and national picture of a historic evening, punctuated by a round of high-fives with the final signoff. It was one example of the 800 programs produced every year at Greater Northshire Access Television in Sunderland, Vermont. 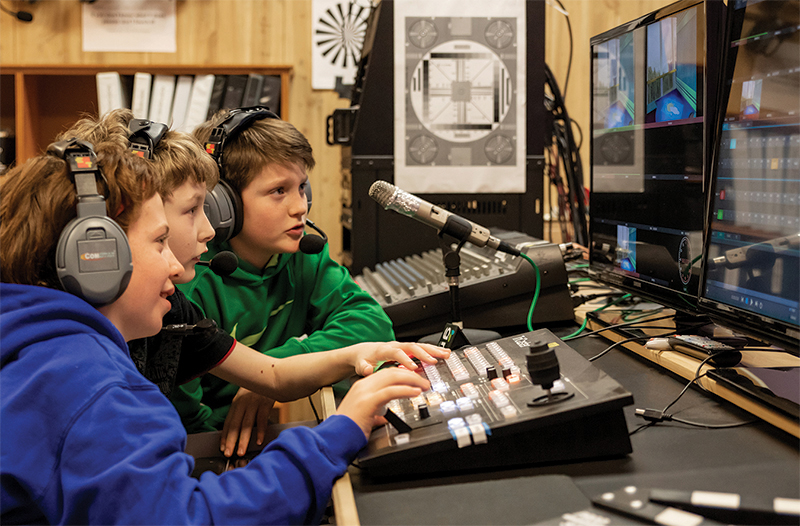 On any given day, the studio hums with local students attending a video animation camp, an independent producer picking up video equipment for his next documentary project, while a grandmother learns how to edit videos in the postproduction suite. GNAT-TV’s content reflects the culture and interest of its community. Manchester resident Steve Dunning produces “Mono” featuring abstract video set against a voice-over of poetry. Regional journalists appear regularly on Press Pass to discuss the news of the day. Griff McClellan, a Long Trail School student, hosts regular guests on Sportshire. His father, Rev. Gordon McClellan, is impressed. “GNATTV is truly a gem,” he says. “The opportunity GNAT-TV has afforded our son to host his own show, learn from the production team, and gain an understanding of the process required to bring a concept to broadcast, is incredible. The experience has inspired him to focus on his future career path in broadcasting.” 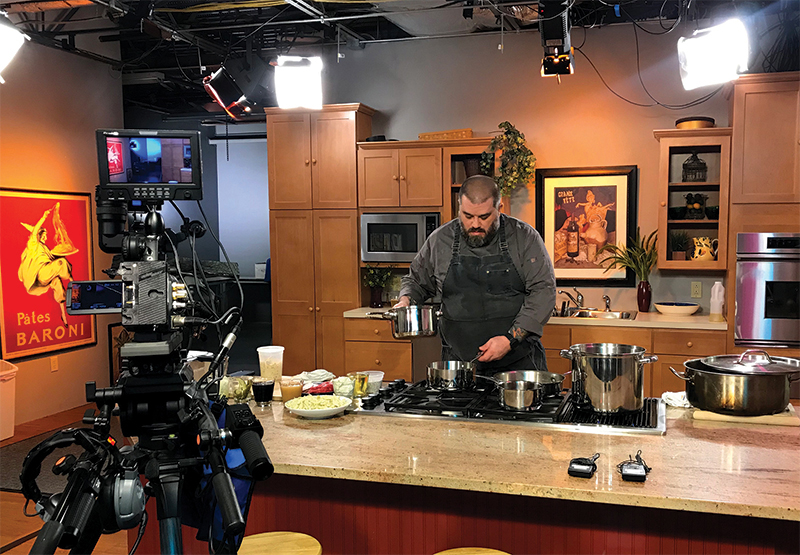 Vermont is home to 25 community-based media centers. The origins of local access television date back to the passage of the 1984 Cable Act by the U.S. Congress. The legislation requires cable companies to set aside noncommercial channels for local content and operational funding to support local programming. Since then, cable access stations such as GNAT-TV have transformed into vibrant community media centers, the communication hubs of Vermont towns. 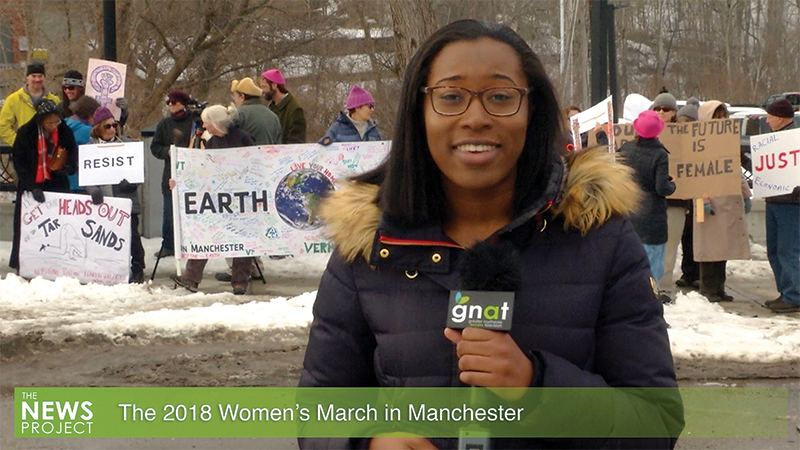 To that end, civic engagement is a primary focus at GNAT-TV. Initially greeted in some quarters with some hesitation, the presence of a GNAT-TV camera at select board and school board meetings is now simply part of the process. It creates a foolproof video record, providing government transparency and allowing residents to keep up on what’s being discussed. BRSU School Superintendent Jackie Wilson states: “GNAT-TV plays a major role in communicating the work of our schools to our community. The coverage keeps our families up to date with the latest education news from our schools with timely on-the-scene interviews and studio forums that fairly address crucial issues. Just as important, GNAT-TV provides video training to our students who then produce their own programming for cable and online streaming. GNAT-TV keeps local residents informed and engaged.” 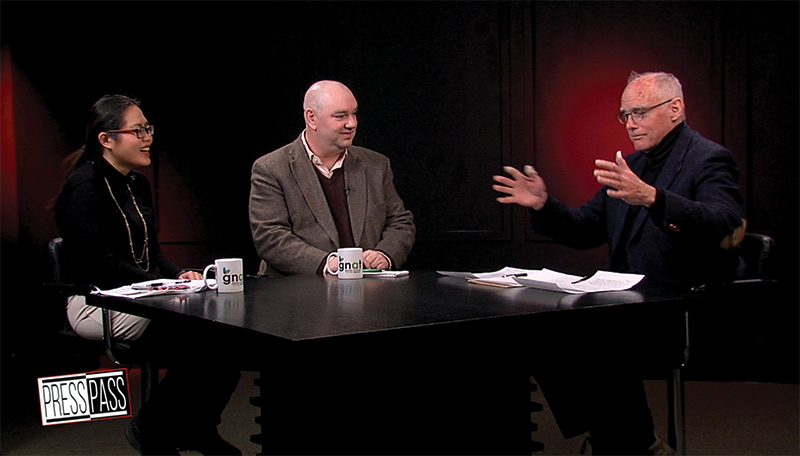 Another important service area for GNAT-TV is assisting nonprofits. GNAT-TV helps organizations share their message and promote the good work they do in the community. Jim Salsgiver of the Northshire Rescue Squad credits the station with supplying a boost for their organization. “It wasn’t that GNAT-TV produced a video for the rescue squad, it was how they orchestrated the subscription announcement that made it a success,” he says. “First, they made us throw out the boringly stiff script and then coached us to talk on camera to each other like real people. Our subscriptions are up over past years and the video is still being watched online six months later.” 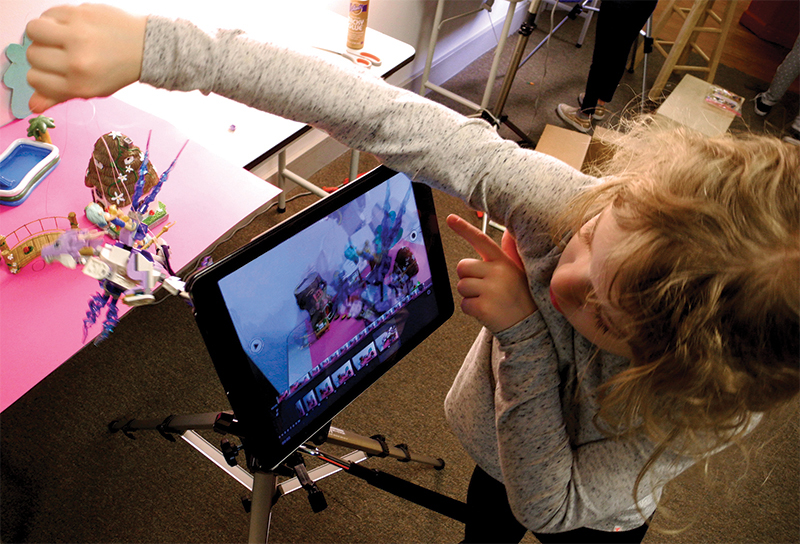 In the spirit of keeping residents informed and engaged, GNAT-TV launched the News Project in 2016. The News Project provides in-depth local reporting that is not offered via commercial television in Albany or Burlington. The News Project seeks out stories that chart what local government entities may be doing, and also tries to spot trends or influences that may be more under the radar. At other times it’s the localization of a national story, as when students at Burr and Burton Academy staged a walkout in conjunction with other students across the country in protest of the shooting incident at a high school in Parkland, Florida, or when a group of local residents took part in the Women’s March on Washington in January 2017. GNAT-TV hopped aboard the bus leaving Manchester the night before and followed the group around the nation’s capital the following day.

Another GNAT-TV initiative is to highlight the culinary assets of the region. GNAT-TV has also had a longstanding connection with the culinary arts. In fact, a community demonstration kitchen was installed in the studio to allow for cooking shows and cooking camps for children. There have been several iterations of cooking shows at GNAT-TV during the years. Currently GNAT-TV produces Dinner Party, a studio cooking show featuring regional chefs demonstrating their specialties while a live studio audience enjoys a delicious meal and experiences television production firsthand. All proceeds from the event support GNAT-TV’s community programs.

Just as the communities it serves around the area are changing and evolving, so is GNAT-TV.

The station is seeking to continue expanding its efforts to chronicle and describe life in the Northshire and mountain towns. In order to accomplish this, GNAT-TV is always on the lookout for more involvement from the community. There are a myriad of ways to participate from volunteering on a production, hosting a fundraiser, underwriting programming, or serving on their board of directors.

The universe of cable access television never stays still for long. Technology is always evolving, and the business framework of community access television is also seeing potential changes lurking in the wings. But as it approaches its 25th birthday and a quarter-century of providing news, entertainment, and professional development, there’s much to celebrate and more to look forward to, Executive Director Tammie Reilly says.

“Despite the uncertainties of the cable industry, we are hopeful for the future. We have the talent and drive to change with the times. Ultimately GNAT-TV builds community and documents local culture and history. We are confident that our role in preserving local voices has value and purpose. It will become even more important as the media landscape evolves.”