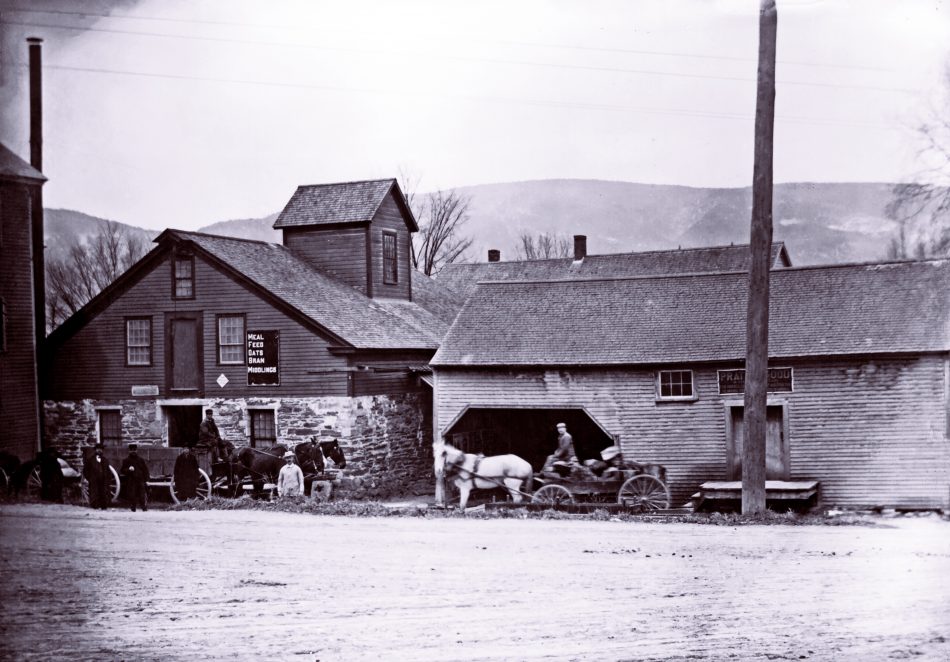 The Grist Mill is shown here in this circa 1890 photograph with then-proprietor Col. Mason S. Colburn of Manchester, standing in the white suitcoat and hat. He also served as namesake for the Colburn House hotel that opened across the street in 1872 and is home of the Northshire Bookstore today.

The Grist Mill has been a fixture of Manchester Center’s streetscape since it was rebuilt in the 1840s by Myron Clark, replacing the original mill constructed in the 1790s by Timothy Meade. Clark and his son Augustus developed this portion of the west branch of the Battenkill River into a bustling industrial hub known as Factory Point. There were saw mills, a distillery, woolen mills, marble mills, and a large tannery, whose 60-foot-high stack stood as a sentinel to days past until it was taken down in the 1930s. 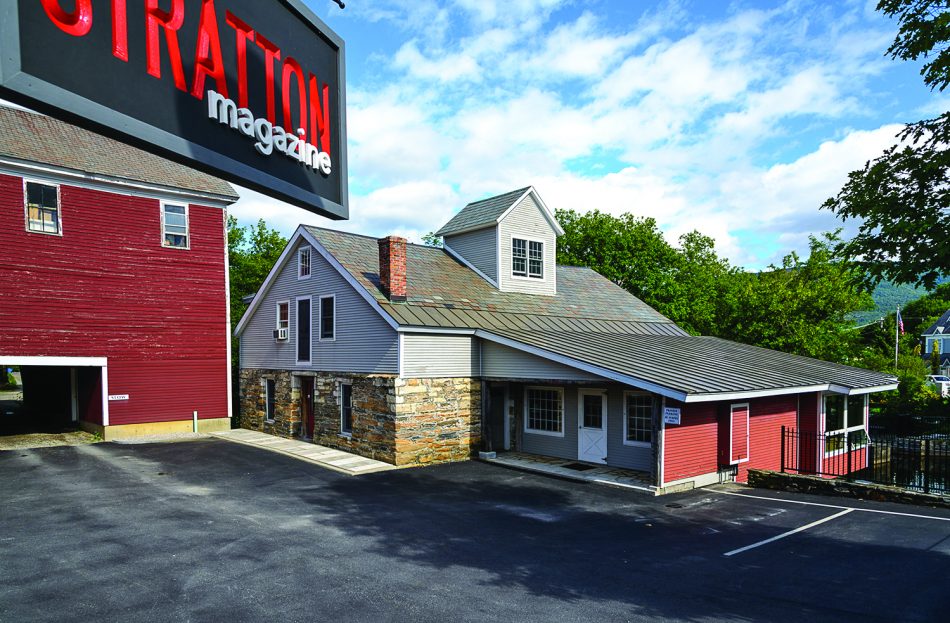 The estimated 100,000 bricks that formed the stack had been sold to Dellwood Cemetery Association, but were smashed beyond use when it fell during demolition.

Toward the end of the century, when efforts were being made by the local trade board to promote Manchester as a destination resort for the city elite, community members decided to remove the industrial stigma of the name Factory Point and rechristened the area Manchester Centre in 1887; the spelling changed in 1895 to Manchester Center.

In 1912, the Norcross and West Marble Company was contracted to replace the iron bridge that spanned the west branch on Main Street and to use materials quarried from their South Dorset property, which today is a popular swimming hole.

Many of the mills by this time had ceased operating, although the Grist Mill continued under other auspices. The Colvin family generated electricity from the waterfalls for a brief period before Earl Fowler returned it to a gristmill during the 1920s, after which it fell into disrepair.

In 1912, the Norcross and West Marble Company constructed the marble-arched bridge from materials quarried in South Dorset and milled in Manchester Depot. Stone from the quarry was also used to construct the New York Public Library on 5th Avenue at 42nd Street in Manhattan. The old quarry remains a popular swimming hole to this day. 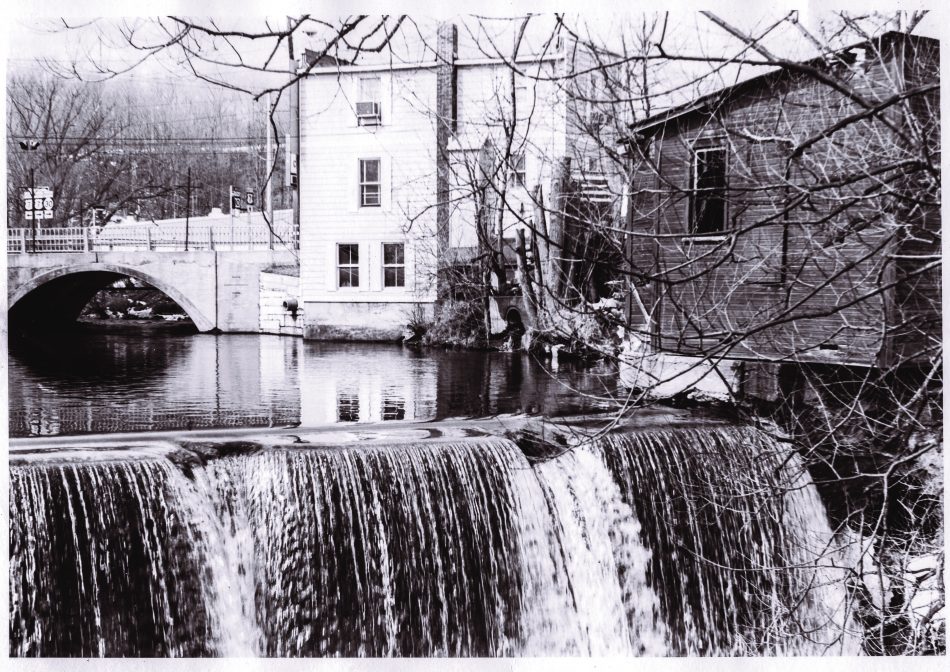 The building just east of the mill, originally used for drying hides for the Clark tannery, changed ownership and purposes over the decades: it became a private residence, an Atlantic and Pacific Tea Company market, a farm equipment store, a diner, and eventually apartments. This building was razed in 1967 when the neighboring automobile dealership extended the size of its sales lot.

The hide-drying building was the last remnant of the Clark tannery to be removed in 1967 across the millpond from the Grist Mill; the 60-foot-high stack towers appear in the background in this circa 1930 image.

In the 1970s, Kim Kimball purchased the Grist Mill and carefully restored the building for his real estate business. Meanwhile, across the millpond the dealership property began the long process of conversion to the Factory Point Town Green, completed in the 1990s. The Grist Mill remains in the ownership of the Kimball family and is now the proud home of Stratton Magazine. 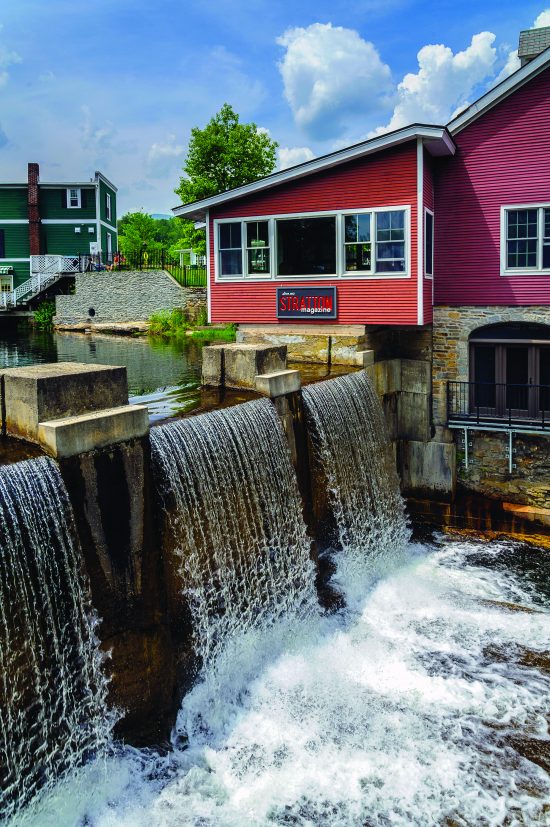