Black Hole Hollow Farm in South Arlington, Vermont, is for sale for the first time in many years. The fabled residence – which played host to many, including Sir Ian Fleming – was once owned by the man many believe to be the inspiration for James Bond. 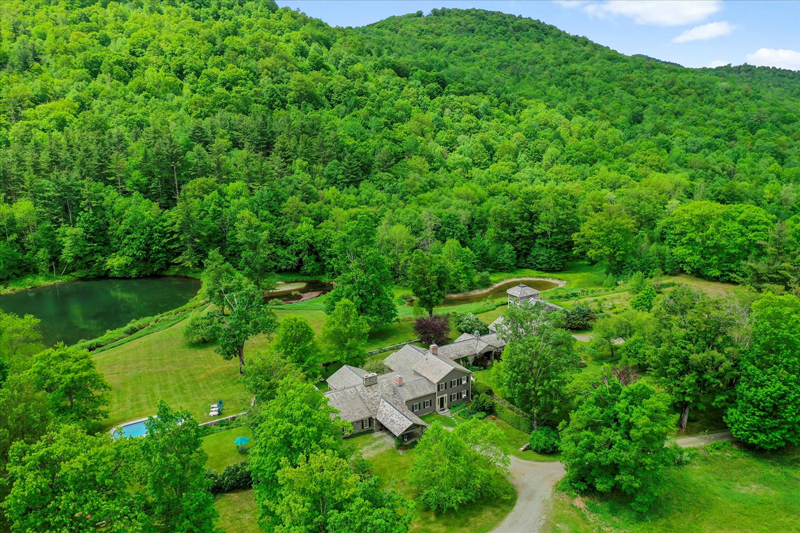 Although originally built in 1772, Black Hole Hollow Farm was fully updated and renovated by lauded architect Jerome Cerny in 1932, who managed to preserve the magnificent essence of the historical Southern Vermont property while seamlessly integrating concepts of contemporary design. The stone mansion is over 8,000 square-feet and boasts seven bedrooms, six full baths, and two additional half baths. The master suite not only features an extraordinary dressing room and bathroom, but it also opens directly onto a private, stone-walled garden and pool, from which one can view two, natural, consecutive waterfalls. The entry of the main house showcases an “out-of-the-movies” rouge front room with a fully-stocked bar. It leads directly into the spacious living room, which features floor-to-ceiling windows overlooking the rolling lawn and beautiful waterfalls, all framed by the majestic mountains that line the horizon. In addition to the well-appointed kitchen and elegant dining room (with its attached breakfast room), the main house includes several additional rooms that are more intimate in scale for the purpose of entertaining guests. The estate also includes a large, heated greenhouse (which is itself landscaped with a koi pond) and a private network of beautiful trail paths, which gently wind through the forests that surround the 225-acre estate. 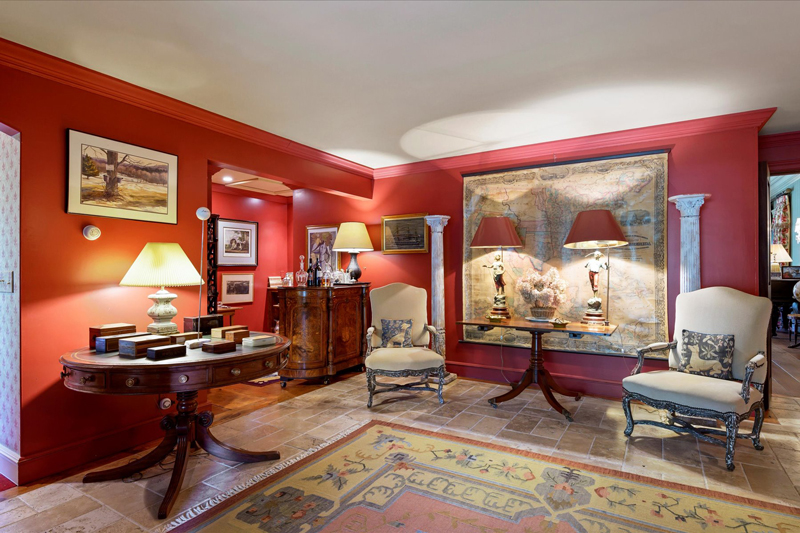 Today, Black Hole Hollow Farm stands as a landmark of rustically-refined opulence. The mansion isn’t just stunningly well-appointed – it’s also flawlessly designed; the masterful layout creates an organic ease, and the house is thoughtfully positioned on the property. Every room provides a view worthy of a royal palace or an aristocratic English countryside estate. It’s no wonder that legendary author Sir Ian Fleming once said that during his visits to Black Hole Hollow Farm, he “lived like a king…in fragrant and luxurious solitude.” It was there that Fleming once found the creative inspiration for several of his most cherished novels. He spent a significant amount of time at Black Hole Hollow Farm during the period in which he wrote several internationally-acclaimed spy-fiction masterpieces, including For Your Eyes Only, Diamonds Are Forever, and Goldfinger. Fleming’s acclaimed novels were later adapted from print to the silver screen, resulting in the creation of the James Bond movie series, which has since blossomed into one of the most beloved blockbuster franchises in Hollywood history. 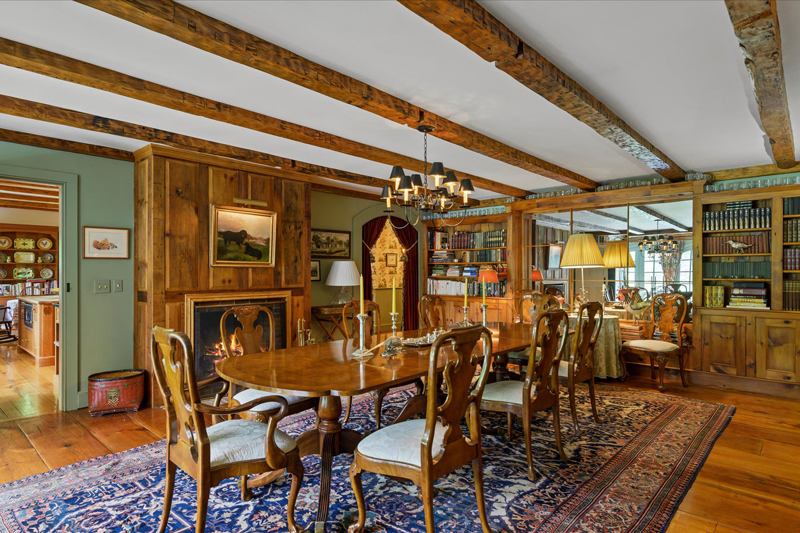 Fleming came to Black Hole Hollow Farm to visit his friend and schoolmate Ivar Felix C. Bryce, with whom he had attended the Eton College boarding school during his adolescent years in the United Kingdom. Ivar was a handsome, worldly, and sophisticated gentleman. He was closely related to the Mountbatten family, who became forever enshrined in British royal history when Philip Mountbatten, Prince of Greece and Denmark, married Princess Elizabeth II on November 20th, 1947. During the course of his exciting and multifaceted life, Ivar worked as a spy for Britain’s MI6 intelligence agency. To this day, he is rumored to be one of the primary individuals that inspired the creation of Fleming’s iconic James Bond character. 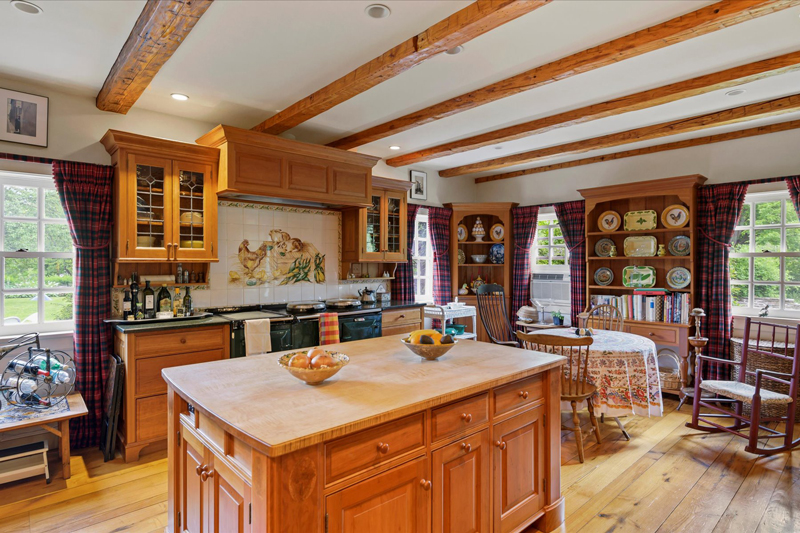 Ivar’s wife, Josephine Bryce, was similarly well-pedigreed. Born an heiress to the A&P fortune, she was incredibly passionate about thoroughbred horse racing. Today, the on-site equestrian facilities at Black Hole Hollow Farm remain as an enduring monument to Josephine and her ardent enthusiasm for the sport. 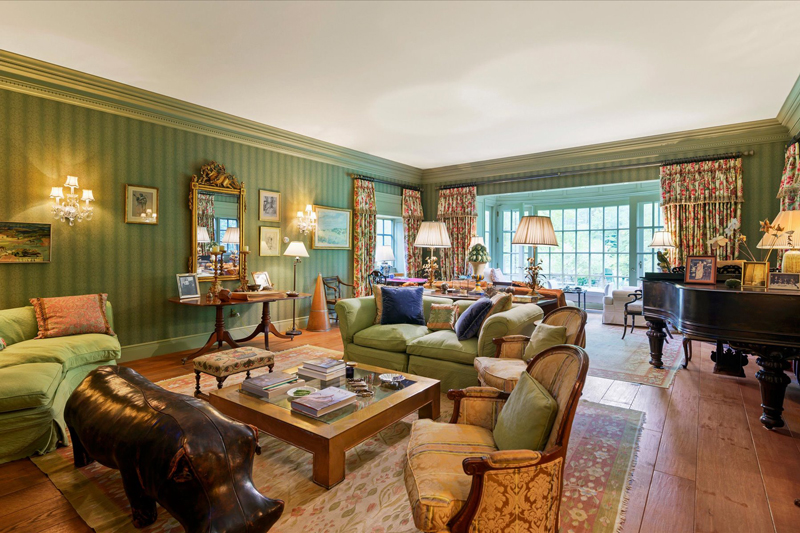 The influence that Ivar and Josephine Bryce had on Fleming’s creative career is additionally evident in several of the details that are present in his novels, such as James Bond’s signature drink of choice: the Vesper Martini. Shaken not stirred, with 2 ounces of Gordon’s Gin, half an ounce of vodka, a quarter ounce of Lillet Blanc, and a lemon twist for a garnish, the drink has become an iconic and eternal staple of the James Bond character’s cultural legacy. In Ivar Bryce’s signed copy of Casino Royale, a personal note from Fleming reveals the origins of the distinguished and illustrious cocktail: “For Ivar, who mixed the first Vesper…” 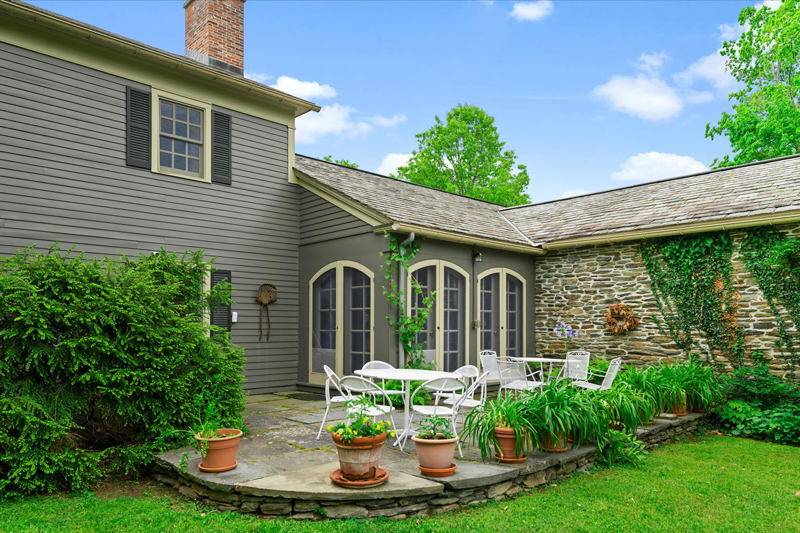 Josephine Bryce also had a profound impact on Fleming’s literary trajectory. As an avid equestrian, Mrs. Bryce convinced Fleming to take a trip to nearby Saratoga Springs to attend America’s oldest thoroughbred horse race, the Travers Stakes. The Saratoga Racetrack ended up serving as a noteworthy and memorable setting in Fleming’s marvelous fictional masterwork Diamonds Are Forever, permanently enshrining the famed racetrack in Fleming’s literary canon. Much like every deftly-written paragraph and chapter of Fleming’s timeless novels served as a crucial piece of a larger narrative, every corner of Black Hole Hollow Farm has played an integral part in the property’s vivid and captivating history. As the metaphorical pages continue to turn in the book of Black Hole Hollow Farm, it’s clear that the story of this timeless estate is just beginning – and that its legacy will only grow more beautiful and glorious as the future continues to unfold.