Step off the plane at the Steamboat/Hayden airport and you immediately feel a sense of western hospitality wash over you. From the employees and locals wearing cowboy hats to the photos of horses dashing through the snow, you know you’re somewhere special. Welcome to Steamboat—where cowboy heritage runs deep, Olympians are a dime-a-dozen, and the snow falls so light and fluffy, it has its own name: Champagne Powder® snow. 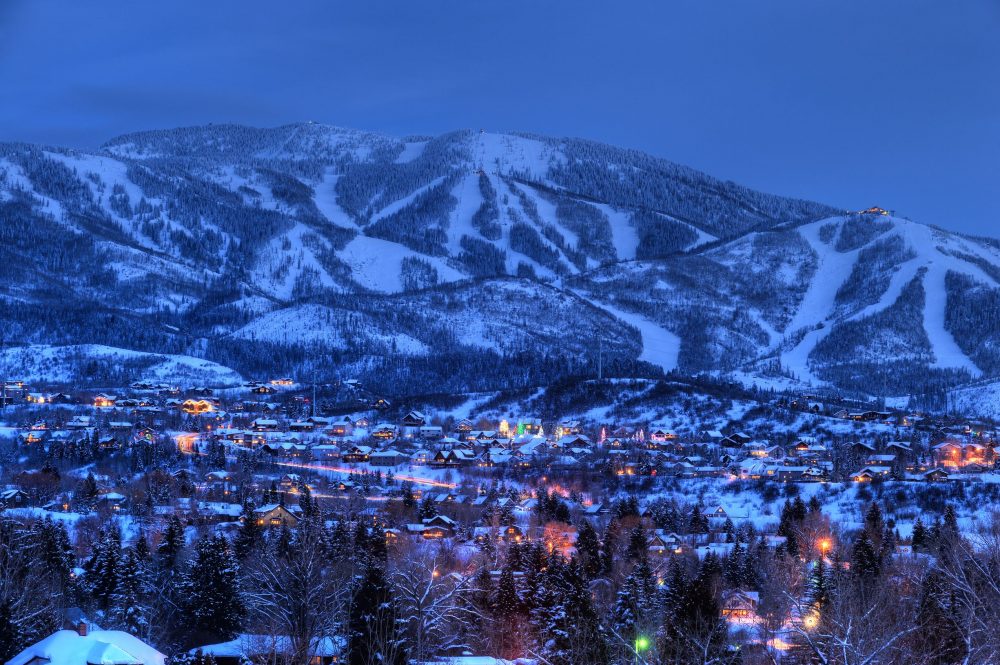 This is the kind of town where you feel like a local—even if you’re only here for a week. A place where folks say hello on the slopes and share their stories over a beer in the bar, and where you leave with a little bit of western mountain heritage pulsing through your veins. Steamboat is a real ranching town with a winter addiction, where cowboys still make their living off the land, then spend their free time swooshing down Mt. Werner. World-class athletes train here and then put down roots of their own.

Steamboat lays claim to producing more winter Olympians than any other town in the United States. To date, 96 athletes who trained with the Steamboat Springs Winter Sports Club have made appearances at the Olympics, and many of those athletes, such as medalist Nelson Carmichael, three-time Olympian Caroline Lalive, and gold medalist Deb Armstrong, work with the resort, offering clinics for the public. Billy Kidd, the resort’s director of skiing, was the first American male to win an Olympic medal in skiing. He hosts free intermediate clinics most days of the season. While he’s traded his trademark Stetson for a sensible helmet, his tips and tricks for tackling the mountain and the press corps are memories for a lifetime.

Steamboat is known for its western spirit—a true slice of the American West—but it sets itself apart from other mountain towns with its unmatchable snow. The term Champagne Powder® snow was coined in the 1950s—long before there was a ski resort—when a local rancher commented the “snow tickled [his] nose like Champagne.”

The snow is unique because of Steamboat’s location in the Park Range in the Rocky Mountains. Storms develop in the Pacific Ocean and roll over the Mojave Desert, gaining moisture on their way to Colorado. The Park Range acts like a wall that storms slam into, stripping the moisture out and dropping snow with some of the lowest water content in the United States, resulting in the best powder days for skiers and snowboarders. Top off the special snow with incredible terrain and you have one of the most popular family resorts in the country.

Steamboat caters to families with its intermediate-focused terrain, a single base area to minimize family separation, a mini-terrain park, the Kids’ Vacation Center with on-mountain GPS tracking, and trees that seem to be hand-placed and are ideal for everyone from tree first-timers to experts seeking the best conditions.

After a big storm, or even a few days after a storm (because the powder seems to stick around here longer than most other locations), locals head to trails Shadows and Closets for the perfect combination of pine and aspen trees. 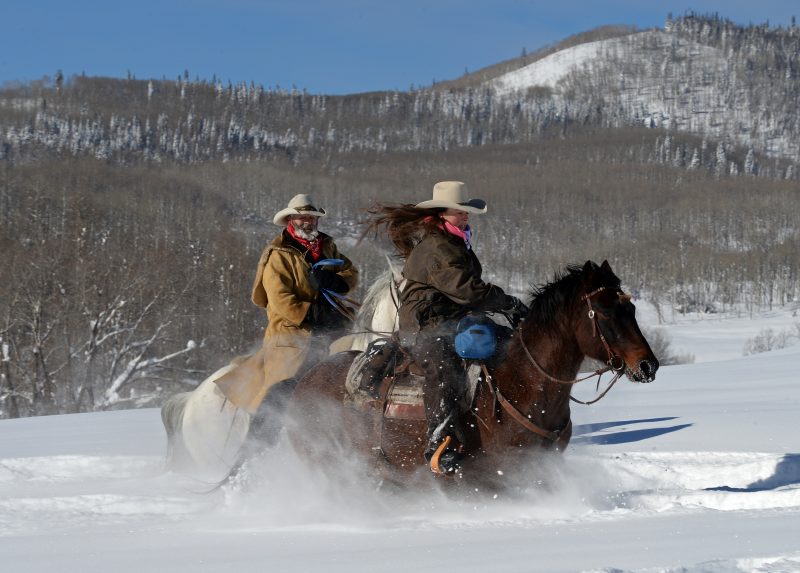 But the beauty of Steamboat is its variety. While it’s known as a family resort, the resort and town combination runs the gamut for any type of vacation—from a guys getaway with backcountry skiing with Steamboat Powdercats touring company to a girls weekend at the Steamboat Grand Spa; from budget trips at the Rabbit Ears Motel to luxury, catered vacations at the One Steamboat Place residences.

There’s more to this place than just great skiing and snowboarding. Steamboat is home to the world-famous Strawberry Park Hot Springs, a rustic and remote retreat featuring natural mineral hot springs that are the ideal way to soothe aching leg muscles after a big day on the mountain. Strawberry Park doesn’t have electricity and clothing is optional after dark, just a few of the reasons this hot spring is ranked one of the best in the world.

Located just outside of town, guests can get into the cowboy spirit on daily-guided horseback rides from Del’s Triangle 3. The best part of the ride isn’t being in the saddle, it’s the stories that patriarch Ray Heid tells during the adventure. Ray, like so many in Steamboat, is a former Olympian, a fifth-generation rancher who makes his own leather goods, and skis nearly every day of the season. If he can’t make it to Steamboat Ski Resort for lift-access runs, he rides his horse or hikes up the hills in his own backyard to make a few turns. Did we mention Ray is in his 80s?

But don’t be fooled by the western roots. While the town and resort are steeped in history and tradition, this northern Colorado hamlet has its own version of trendy. The resort was the first in North America to own and operate a snowcat food truck. The Taco Beast premiered during the winter of 2018/2019 and roamed the mountain serving “trail tacos,” the resort’s take on street tacos, esquite corn, and drinks. Guests can follow the Taco Beast on Twitter to find its location that day and to take advantage of the best deal in on-mountain dining. Tacos start at $5. 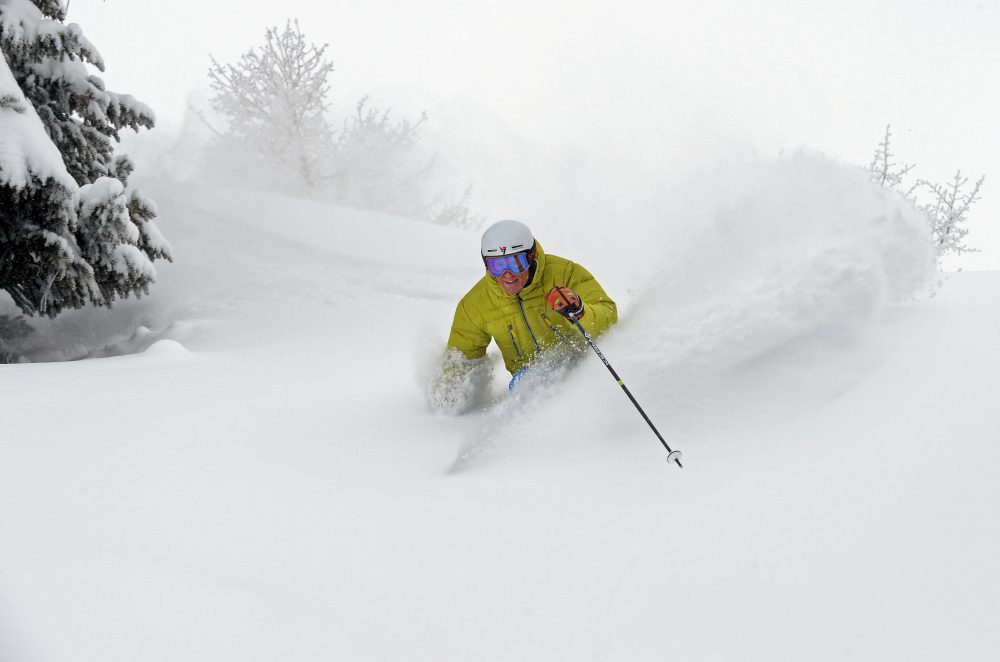 New this year, Steamboat is going all-in on sustainability, creating a new department dedicated to sustainability for the planet, people, and prosperity. The resort hired its first sustainability and community engagement director in the fall and is undergoing a complete resort audit to create programming and to set policy for the future. In September, Steamboat Ski Resort announced a half-a-million-dollar donation to the Yampa River Fund, in an effort to protect the main water source for the community. The cornerstone donation was the largest single cash donation in the resort’s history and unlocked a one-to-one grant match, providing a total of $1 million to local water funding.

For a place that feels a million miles away, it sure is easy to get to Steamboat with nonstop flights from Boston (JetBlue) and Newark (United) into Steamboat/Hayden Airport, located 20 miles from downtown Steamboat Springs. Once you’re in Steamboat, a car is totally unnecessary.

The town features a free bus system that runs between the resort, the historic downtown, and even the west end of town where the local breweries and dispensaries are located. 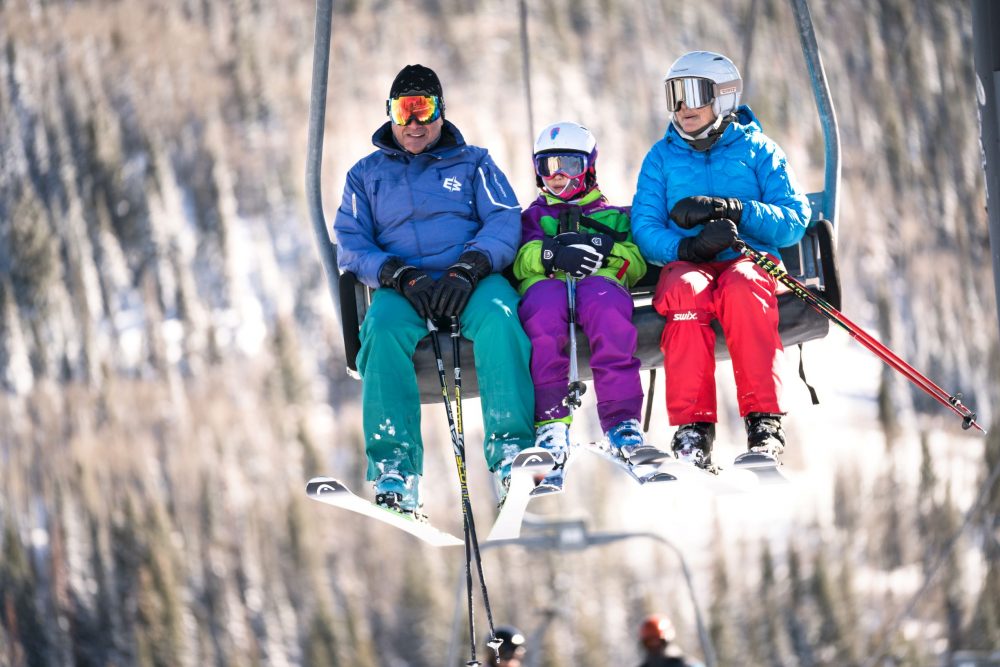 Ikon Pass holders have unlimited access to Steamboat, while Ikon Base Pass holders have some restrictions and blackout dates. The best times to visit include the resort’s and town’s most iconic events. In January, the resort hosts the Bud Light Cowboy Downhill, an event where professional cowboys and cowgirls—many of whom have never been on skis before—race slalom gates down the mountain while conquering tasks such as roping a cowgirl and saddling up a horse.

The second part of the event has all the cowboys (up to 100) tearing down the mountain at the same time in a stampede to cross the finish line first. In February, the town closes down Main Street, fills it with snow, and lets children ski behind horses in a variety of events in the Winter Carnival. The weekend also includes a parade featuring the only marching band on skis in the United States and a huge nighttime extravaganza where members of the Steamboat Springs Winter Sports Club ski down a dark mountain wearing and waving lights. The night also includes ski jumpers through a flaming hoop, the Lighted Man, and one of the biggest fireworks displays around. 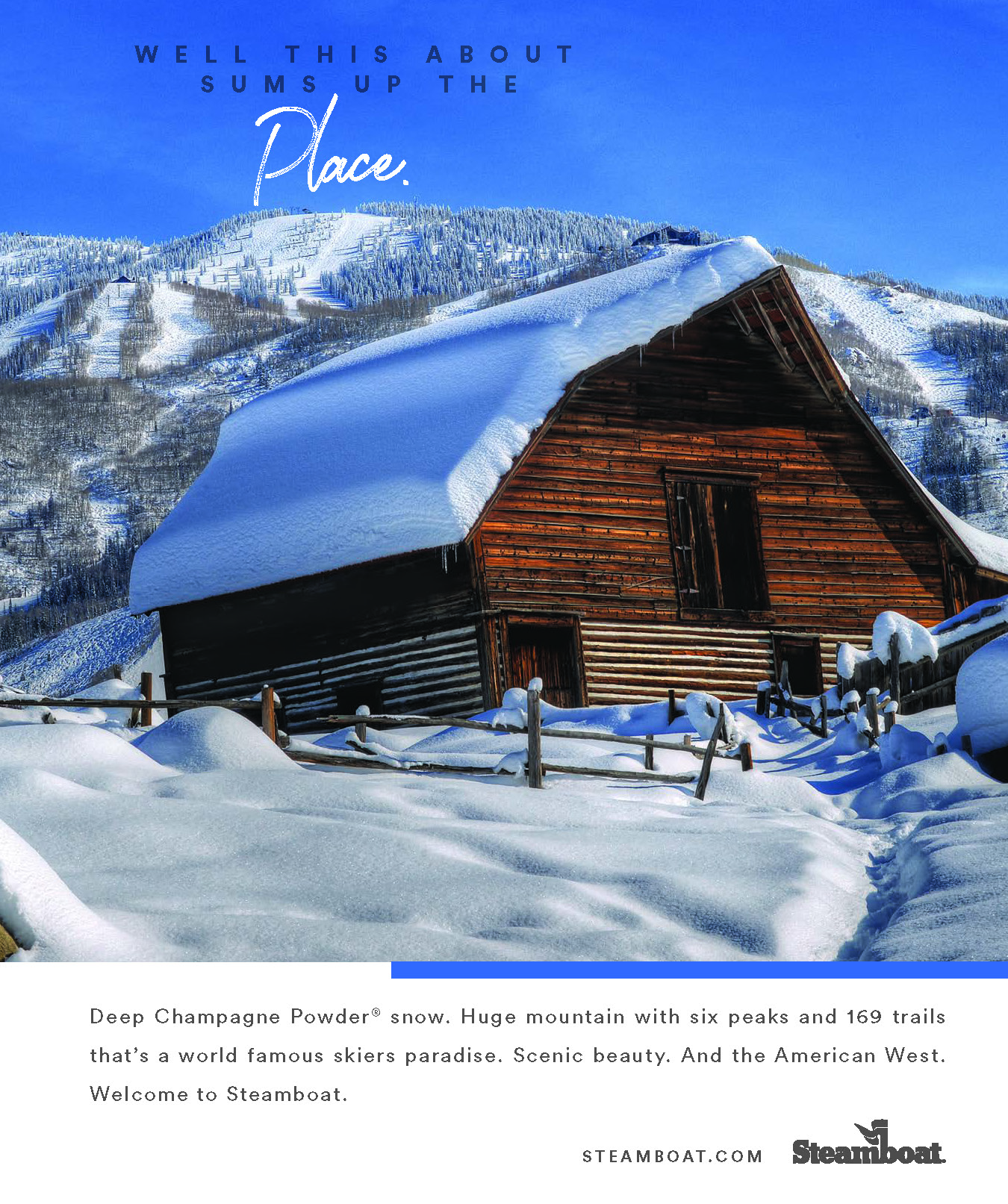