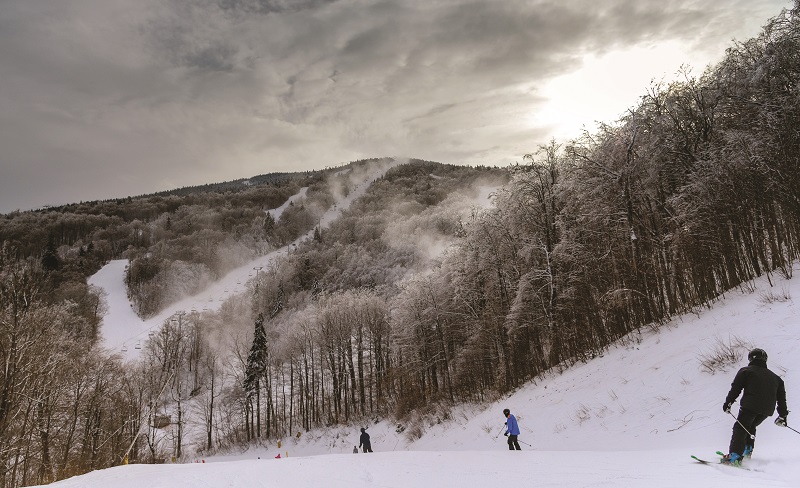 Stratton is poised for growth in the year ahead, with a new owner in Alterra Mountain Company, new resorts in the family including Mammoth and Deer Valley, and the new Ikon Pass that will make resorts across North America more accessible to Stratton skiers and snowboarders while simultaneously introducing new visitors to the stunning Stratton landscape.

Big plans have also been announced for the mountain itself, with numerous projects in the works, including a longawaited replacement for Stratton’s Snow Bowl lift and the installation of a family-friendly mountain bike park. Those projects, according to Stratton Mountain Resort President Bill Nupp, were largely driven by the desires of the Stratton community.

“Alterra Mountain Company has placed an emphasis on listening to the voice of customer and community, and we’ve seen that at Stratton,” Nupp explained. “The most overriding thing that makes this group of destinations unique is that the current Alterra leadership is committed to keeping the individual brands of the resorts central to the experience, and making sure that it’s as non-corporatized as possible.”

Announced in January, the Alterra Mountain Company name fuses the words “altitude” and “terrain” to convey the company’s commitment to “celebrating and respecting the mountains and the communities among them.”

“Alterra Mountain Company is made up of unique mountain destinations, each with a personality and spirit that has delighted visitors for generations,” remarked Alterra President and COO David Perry following the company’s debut. “Our vision at Alterra Mountain Company is to protect and enhance what makes each destination special, inviting guests back to their favorite mountain and enticing them to visit new destinations on their bucket list.” 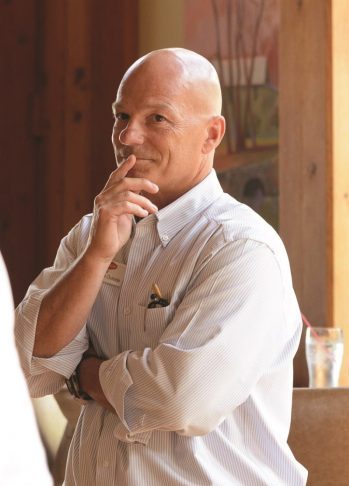 “Many “Stratton-ites” already go to these places, and now it will be easier to get there,” Nupp said. “They’ll still feel that they’re part of a family, which is very familiar to them at Stratton.”

Amplifying that accessibility is the Ikon Pass, a collaboration of seven industry leaders that will open up nearly 50,000 acres of skiable terrain across the continent.

“The Ikon Pass is kind of the lynchpin at the moment for all of the Alterra Mountain Company destinations alongside those of our partners,” Nupp continued. “There are all kinds of different collaborations in the industry now, but I think that what makes this stand out is the partners themselves—the brands, the mountains, and communities that are included. These are iconic destinations, many of which are probably on the bucket lists of Stratton families.”

In addition, new visitors will have the chance to immerse themselves in the unique culture found at Stratton Mountain Resort year-round. Preserving and even enhancing that culture is a prime goal for Alterra Mountain Company, which encourages leaders such as Nupp to be decisive, creative, and bold in doing so.

“On a day that’s beautiful, with pure blue skies, the folks on Stratton are ebullient,” said Nupp, articulating the exuberant yet rugged nature of the Stratton community. “When we received 34 inches of powder this year people were effervescent. When it’s raining and cold, though, the mood doesn’t dour: people get more determined to make the most of the day.”

When visitors discover their individual iterations of a “perfect day” on Stratton, Nupp said, he knows that the resort is on the right track. With capital projects and summer programming intended to enhance Stratton as a destination for all seasons, the president hopes to facilitate more perfect days year-round.

“It happens a lot, and it varies for different people at different times; whether someone has a great day skiing, hiking, or whatever they enjoy,” Nupp said. “When we are at our best Stratton delivers that realization of a perfect day.”

After listening closely to the Stratton community and leadership, Nupp said, Alterra Mountain Company is committed to supporting that mission. This year the mountain will see an investment of $10 million in capital projects—primarily the new ski lift and mountain bike park—as part of the parent company’s $555 million plan to support improvements at each resort during the next five years.

“The lift project’s approval, in my opinion, was based largely on an outpouring of support from the community that was heard by the Alterra leadership,” Nupp said. “Leadership asked what they could bring to Stratton and what was most needed or wanted, and replacing the Snow Bowl lift was by far the most prevalent answer. The new Doppelmayr lift will open up Stratton’s classic Snow Bowl terrain by bringing ride time down to five minutes while also minimizing the impact of wind and weather conditions. “The lift will definitely change the way that the mountain skis,” Nupp said, noting that the new lift will also take pressure off the resort’s other lifts on busy days. “This will spread our skiers out across the mountain and improve the experience for everyone.” 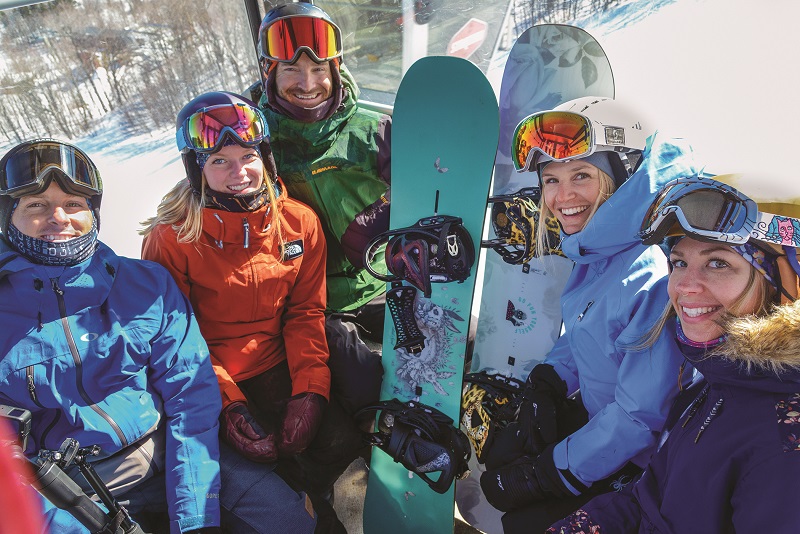 Stratton’s new mountain biking park—which may be open as early as late summer—was another initiative prompted by the community with trails for a wide range of experience levels. Nupp noted that the American Express lift will bring adventurers to mid-mountain for their excursions, adding yet another warm-weather activity of the Stratton community. “People are really jazzed for it, because it gives families something else to do together while they’re here. It’s really aimed at challenging yourself and progression, like skiing and riding, and it can be as difficult as you want.”

The park represents a new phase in an ongoing effort to bring visitors to the mountain during summer months—an effort that has resulted in “record levels” of summer business during the last three years. “This is a chance to have another record summer, and a vibrant one at that,” Nupp said, noting that initiatives such as Stratton’s ongoing concert series, the Vermont Challenge, Brewfest, and Wanderlust continue to draw visitors to the mountain year-round. “Everybody here loves this community and this mountain, and they want it to be the best it can be. It’s really rewarding for me when that possibility is realized.”

For Nupp, these developments all contribute to a larger goal for the resort: keeping community and a love for the outdoors central to the mountain’s mission.

“Stratton has been a very successful community and brand since 1961, and while there have been improvements in the resort’s infrastructure, the multigenerational nature of this community has remained the same,” said Nupp. “In my opinion it’s even been strengthened in recent years as extended families spend more and more time here. It’s been wonderful to watch that community bond grow even stronger.”

That goal will remain central to Nupp as Stratton moves into the future, with the community acting as a compass for the resort. Although mechanical assets and resources may expand on the mountain, both Nupp and the company behind him are committed to ensuring that Stratton’s “emotional core” remains strong.

“At Stratton you’re in nature, everyone’s very friendly and accommodating, and there’s so much oxygen and space to explore both yourself and the mountain,” Nupp explained. “Yes, it is a resort in the more mechanical sense, but it’s a mountain community at heart.”